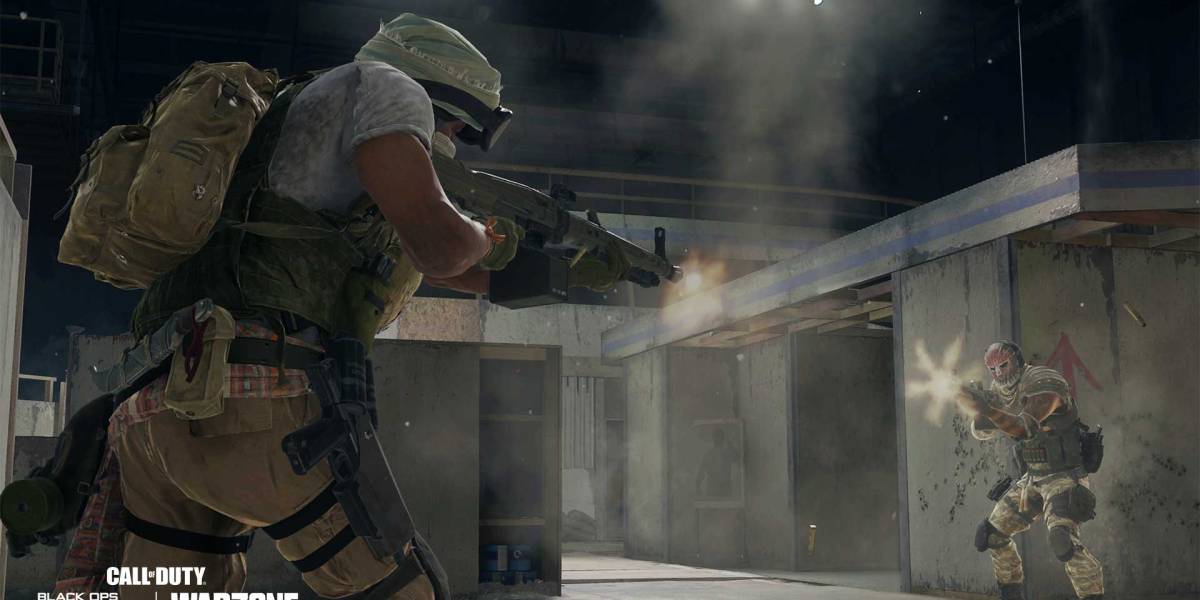 If you’ve dropped into Call of Duty: Warzone Season Four, you may be familiar with the countless bugs. Despite the rollout of various patches, bugs are still an issue. From game breaking bugs to ones that are just bizarre, it appears new bugs are popping up all the time. Also, the gulag has experienced its fair share of bugs and glitches in the past. Season Four introduced the Hijacked themed gulag, further reinforcing the crossover with Black Ops Cold War. However, the latest Warzone bug is allowing players to parachute into the gulag and interrupt the 1v1s already taking place.

A clip of the glitch was posted on Twitter by the prominent Warzone leaker known as @WarzoneNewz. As you can see, the player is in the gulag waiting for their opponent. In the mean time, the player manages to parachute into the gulag fighting area. Although they only had stones and their fists at their disposal, they were able to eliminate the player in the gulag. This was done fairly easily, as the player was not taking any damage from getting shot at. As this was not the player’s gulag opponent, jumping into the arena did not grant them the gulag win. Therefore, doing the glitch does not grant you anything. Instead, it ruins the experience of other players.

As you can imagine, falling victim to this Warzone gulag parachute bug must be extremely frustrating. Thankfully, the clip does not show fans how the player managed to successfully do the glitch. We can only hope that Raven Software deploys a fix before players figure out how to consistently do the glitch and it becomes a regular occurrence. To keep up with the bugs and glitches that the developers are working on, you can visit the Warzone Trello Board.