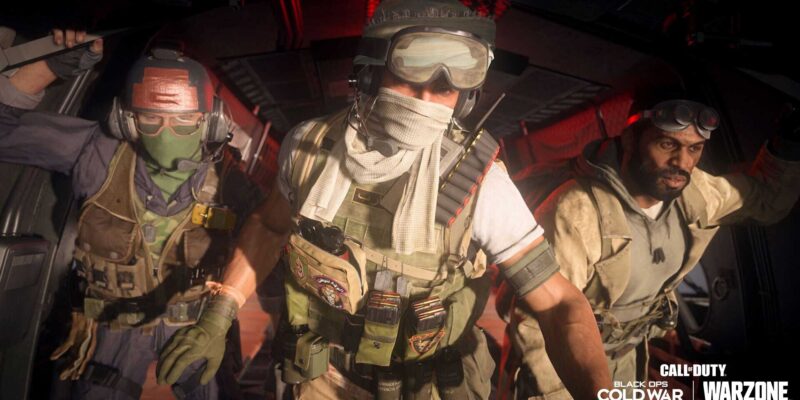 Since the very start of the game, Call of Duty: Warzone has contained more than its fair share of bugs and glitches. Although the developers roll out updates to squash these bugs, new ones often emerge shortly after. However, some bugs have made it back into the battle royale multiple times. An example of this is the invisibility bug which has made an unwelcome return in Call of Duty: Warzone Season Four Reloaded. So far, many players have reported encounters with invisible players in both Verdansk ’84 and Rebirth Island.

A Call of Duty: Warzone player posted a clip on Reddit which shows them falling victim to the invisibility bug. In this case, the player is hunting down an enemy who is trying to complete a contract. Therefore, they are able to ping the crown above the opponent’s head. To the confusion of the player, the Most Wanted contract icon was floating mid air with no player attached to it.

As the enemy was invisible, the player was instantly taken down with no way to counter the bug. Unfortunately, the bug does not only show itself when a Most Wanted contract is in play. Invisible players can be roaming around the map at any time and in any place.

Here’s to hoping for a fix to the invisibility bug

It is unknown how the invisibility bug once again made its way back into Call of Duty: Warzone. In the past, some vehicles were disabled for a short while once there was a link discovered with the invisibility glitch. At the time of writing, Raven Software has yet to provide a response to the frustrating glitch. As this is a problem that the developers have dealt with in the past, it’s hopeful that a fix can be deployed promptly. Until then, you will have to hope that you do not get picked off in Warzone by a player who is using the invisibility bug.