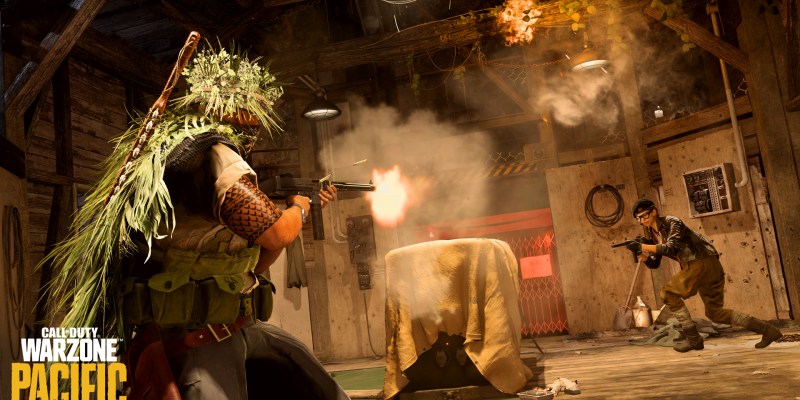 The roll out of the first season of Warzone Pacific saw the debut of a brand new Gulag. Its layout is different to what players have experienced in previous seasons. This time around, there is a large house situated in the center of the area, with two lanes running along the outside. Dying for the first time in a match will send you to a 1v1 to get a second chance at redeployment. Since the launch of the battle royale, however, the Gulag has not been perfect. From a gas bug eliminating winners to players parachuting into Gulag matches, this aspect of the game has seen its fair share of bugs and glitches. Now, a new Gulag bug has apparently emerged in Warzone Pacific and, once again, it involves outside players intruding Gulag fights.

A Warzone Pacific fan posted the a clip of the gulag bug in action on Reddit. During the 1v1 matchup, the player notices another opponent running across the barriers on the edges of the Gulag area. Instantly, they begin firing at the intruder and they get some hit markers. However, this results in giving away their position to the player they’re actually meant to fight. Ultimately, this leaves them getting eliminated from the match.

Winning your Warzone Pacific Gulag may become even more difficult

A short while after the clip was posted, the Redditor returned to update players on the bug. They commented that the glitch can reportedly be done easily by jumping on to the barrel in the spectator area. Then, all you have to do is crouch on the fence to move across it. If the Gulag glitch is this simple to do, it could cause major problems in the future. All we can do is hope that Raven Software introduce a fix before the issue gets out of hand. To keep track of the bugs and glitches that the developers are working on, visit the Warzone Pacific Trello Board.

We have a hooligan in Gulag from CODWarzone