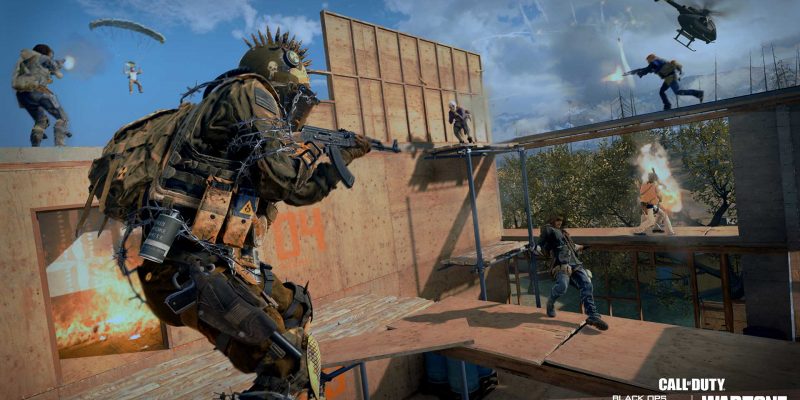 Since the launch of Call of Duty: Warzone and Verdansk ’84, Raven Software has been making various improvements to the game. This includes quickly fixing the infinite gas mask bug which made a return. In addition, the developers carried out an accessibility survey and shared some results in areas they are looking into improving. However, one of the biggest problems lingering around Call of Duty: Warzone allows players to glitch their way underneath the map. This issue has been prominent in areas such as the Stadium, Train Station, and Airport points of interest. Now, the under the map bug at Prison could be the most problematic in Warzone so far.

The under the map spots that exist can be deadly, especially if the zone rotates to that area. This has been demonstrated by a clip that was posted on Reddit of the bug in action at Prison. As you can see from the clip, the player can simply sit underneath the map and pick off enemies. The Prison bug does have some differences compared to other spots which allow you to go under the map. The player is able to pick up loot from underneath the map at Prison. Also, the player exploiting the glitch is a few floors underneath the enemy player they shoot. As the final circle was situated at the Prison, the player under the map was able to easily get the Warzone victory.

Will the under the map glitch be fixed?

Already, the developers have rolled out two rounds of fixes for this specific bug. On the Warzone Trello Board, the developers indicate that a third set of fixes will roll out in an upcoming patch. It will be interesting to see if going under the map at Warzone’s Prison will be one of the areas targeted. Hopefully, the third round of fixes will eliminate this issue once and for all.

This weird "underground" glitch is back… from CODWarzone

How to use the Vis Wax machine in RuneScape