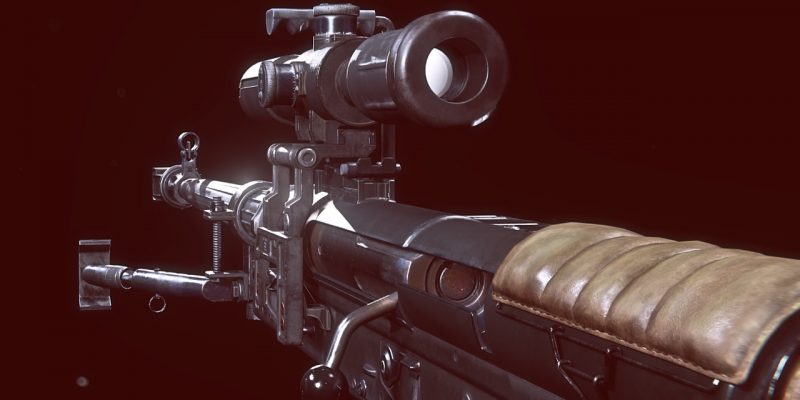 Anti-material rifles are a type of sniper that specialize in disabling infrastructure and vehicles. They are devastating against aircraft and even light armored tanks. Since an anti-vehicle sniper doesn’t serve much of a role in Call of Duty, Raven Software has reimagined the ZRG. The result of this is a high damage sniper with the highest bullet velocity of any gun in Warzone.

Its impressive bullet velocity makes the ZRG 20mm the best long-range sniper rifle. The HDR previously held the title, but going forward the ZRG seems to be the better choice. It performs similarly to both the HDR and LW3 – Tundra but edges them out thanks to its superior optics and bullet velocity.

Unsurprisingly, any decent ZRG 20mm build should be optimized for long-range engagements. Even though the ZRG has better handling characteristics than you might except for such a heavy gun, it is still outclassed by the Kar98k up close. It simply doesn’t aim in fast enough to compete, making it best used as a long-distance weapon. For this reason, both the Agency Moderator and 43.9″ Combat Recon barrel are optimal. These attachments combine to greatly increase bullet velocity which is fantastic for a long-ranged Warzone sniper like the ZRG 20mm. By default, it already has a high bullet velocity, but with these attachments it significantly beats out every other sniper in Warzone. The ZRG is an exceptionally loud weapon. The additional suppression provided by the Moderator combats that. High-caliber sniper rifles like this are dangerous to use without a suppressor due to the risk of giving away your position both on the radar and via audio cues.

Arguably the biggest downside to running a stock ZRG is its tiny three-round magazine. Even with perfect accuracy this magazine restriction greatly limits the potential of this sniper. It’s possible to get up to a 7 round magazine but those attachments come with unfavorable downsides. Therefore the best balance of performance and practicality is the 5 round ammunition attachment. As a bonus, this is a low-level attachment so it doesn’t require much grinding to gain access to. Either the Serpent Tape or Speed Tape work equally fine for the Rear Grip attachment slot. These attachments increase aim-down sights time which is useful for getting off shots as fast as possible. Bizarrely, these attachments seem to perform identically contrary to their in-game descriptions so feel free to use either.

The fifth attachment for this ZRG 20mm Warzone build isn’t overly important. Some players may prefer using an optic that doesn’t output a sniper glint when scoped in. The Royal & Kross 4x is commonly used on Cold War snipers to achieve this. However, there’s a strong argument to be made for the Bipod too. The ZRG 20mm comes equipped with an easy-to-use set of default optics so minimizing its vertical kick in between shots is a better use of that final attachment slot.