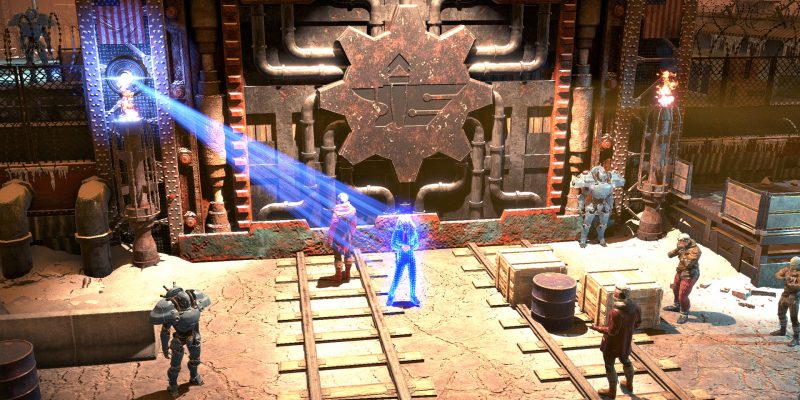 Once you arrive at Steeltown Gates, you’ll meet Bennie Bianchi (or, rather, her hologram). Bianchi is the top assistant of Steeltown’s administrator, Abigail Markham.

Bianchi wants you to talk to the doctor to get a medical assessment. These include biometric scans and multiple-choice questions, though it seems you’ll always pass the test.

Note: There’s a door here that can be opened (Lockpicking 6), but it’ll make the robot sentries hostile to you, failing the expansion’s main quest instantly. 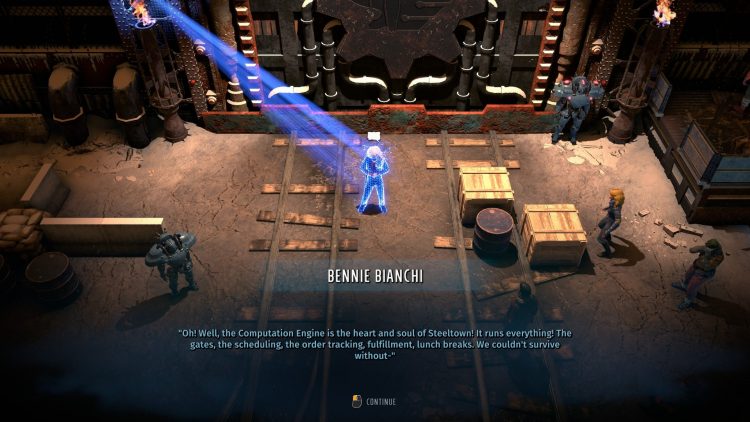 Exit the hospital and a hostile force will attempt to breach the gates. These are members of the Ghost Gang. You can eliminate them with ease since the Kodiak is nearby, and there are also other troopers who’ll assist you.

Note: You won’t have non-lethal options yet, so just take them out as you see fit. You will, however, see a tutorial tooltip about stacking status effects like Tar and Disruption, and you could even get the Pyro Exo Leg Armor via a loot drop. 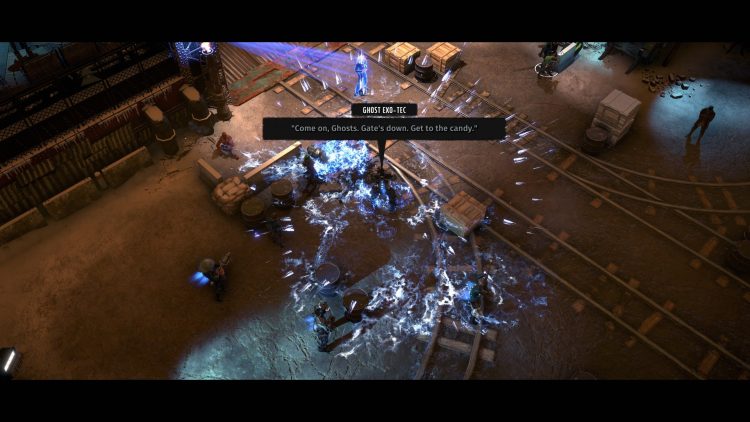 Before you go through the gate, you can talk to some important NPCs here. For instance, there’s Luis, a refugee who’s waiting to hear from his wife (one of the workers inside the factory). Luis also wants you to help him with the toilet problem for the “Flushed” sidequest, but you need to go to the Scrapyard for that. The Scrapyard is to the west of the refugee camp. You can go there now, but I suggest waiting a bit later since you’ll visit it as part of your objectives anyway.

Another sidequest is called “Hot Commodities.” The weapons vendor, Carla Asphalt-Runner, wants you to talk to Bennie Bianchi about a War-Bot and a note you discover inside a crate in this area. There’s also “Order Up” which you can get from Cookie, the food vendor, which entails talking to various staffers in the Admin Level.

You’ll also find a couple of familiar NPCs here such as Sugarplum Mary and one of the elves that you may have saved in Santa’s Workshop. Likewise, you’ll meet a woman named Deirdre. She’s the mother of Hallie, a girl found in Colorado Springs. You could get the two reunited and gain a bit of Wastelander Refugees reputation, assuming you didn’t trick Hallie into getting enslaved by La Perla.

Note: If Deirdre isn’t at the eastern corner of the refugee camp, you might need to complete the main objective in the Factory Level. Just remember to return here later if that’s the case. 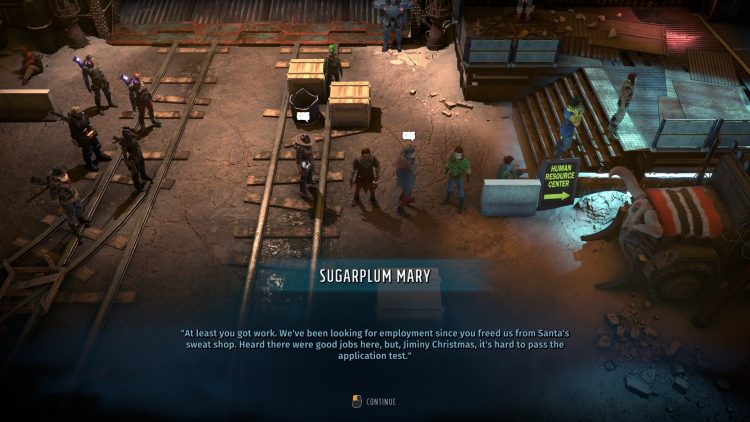 At the eastern corner of the refugee camp, you’ll stumble upon a corpse and a few named characters surrounding it. Examine the corpse to check out how the person died. Something seems fishy here.

As you progress further in Wasteland 3: The Battle of Steeltown‘s main quest, keep returning to this area. You’ll notice that more and more people are dying under mysterious circumstances. It appears that this is the work of a serial killer, and the pattern seems to resemble what was done to the victim inside Ranger HQ’s brig. Did you let the prisoner out, by any chance?

In any case, there’s a dig spot here, a chest with 4x Tellurium, and a locker (Lockpicking 9) with several weapons and a Disruption Trap (grenade). When you’re done, enter the Steeltown Gates to reach the Admin Level. 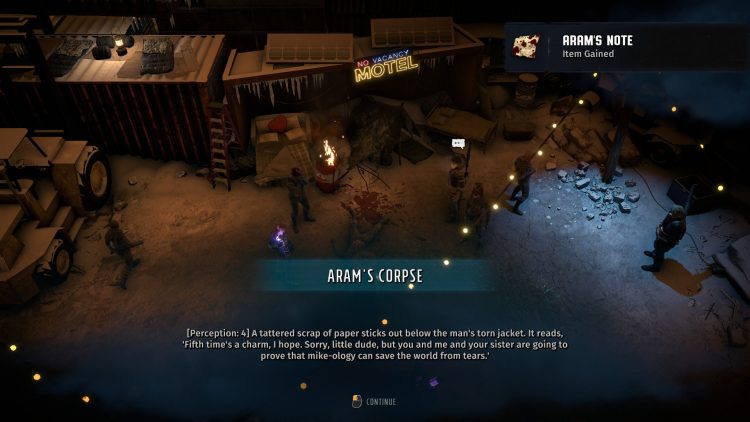 Wasteland 3: The Battle of Steeltown is available via Steam. For more information, check out our guides and features hub.