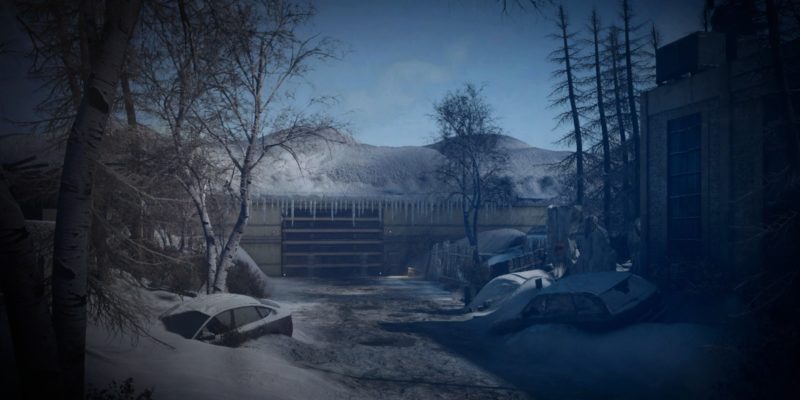 During and after your adventures in The Bizarre, you’re presented a couple of sidequests: Monster Army Bunker and A Very Hostile Takeover. Here’s our Wasteland 3 mini-guide to help you out. 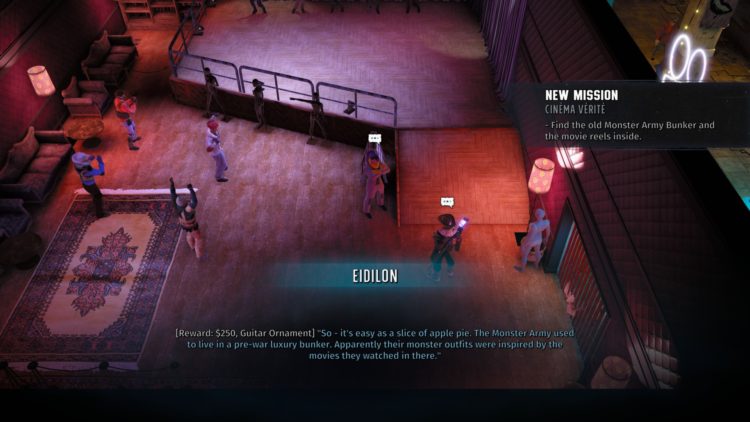 Eidilon runs an adult entertainment establishment in The Bizarre and she needs your help to find some movie reels. The only known location is the Monster Army Bunker. It’s directly south of The Bizarre, so make your way there. 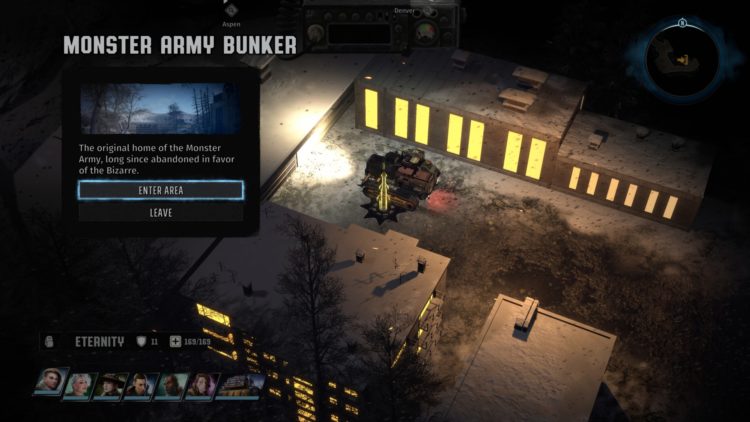 Hack the computers (Nerd Stuff 4) or unlock the doors (Lockpicking 8) and you’ll find yourself in a room teeming with sawdogs.

Take out the bots and open the toaster (Toaster Repair 5) to find a lore book. 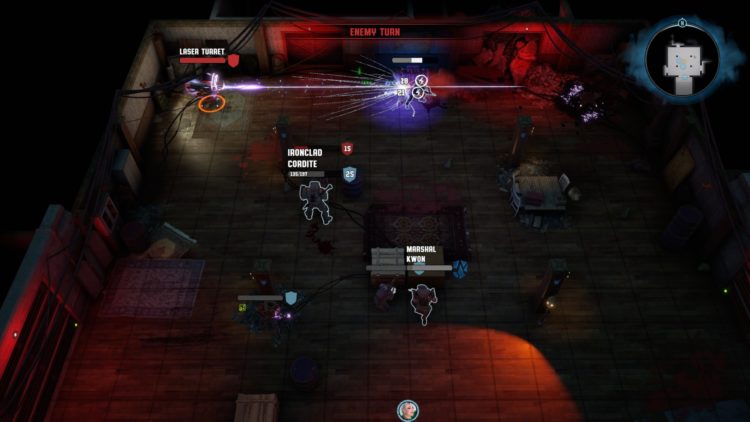 The central control room has a terminal (Nerd Stuff 5) that you can access.

You’ll realize that your goal is to disable the laser defense systems in the bunker. To do that, you need to find the switches in various rooms. 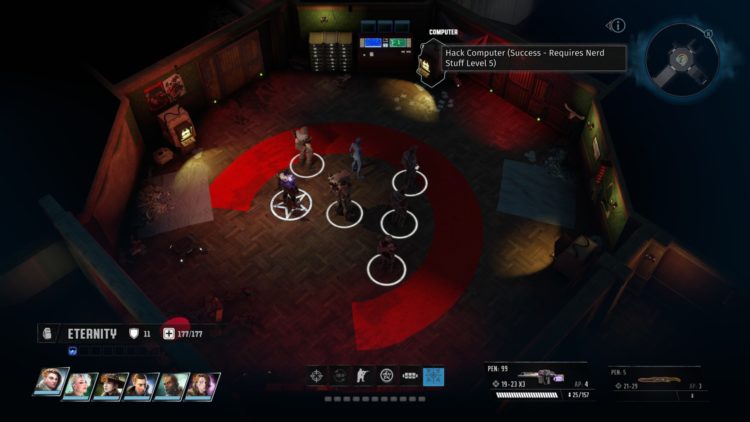 Two are found in the central control room and the adjoining section.

The small “red room” with the safe (Lockpicking 7) happens to have a switch as well. 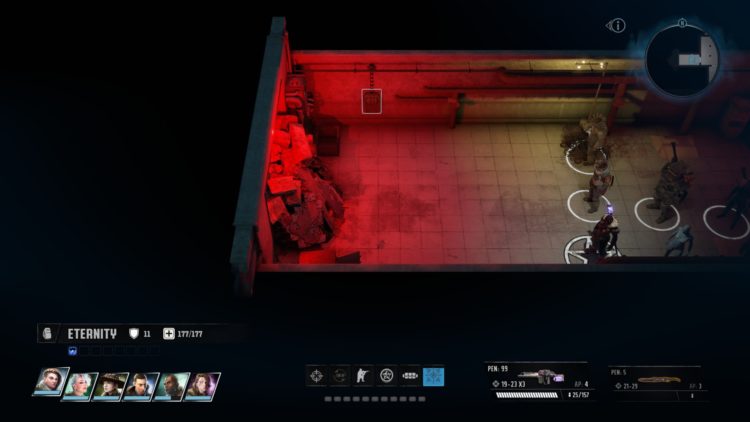 The last one is found in the basement area where you’ll find more bots and the Wolf’s Mask cassette. 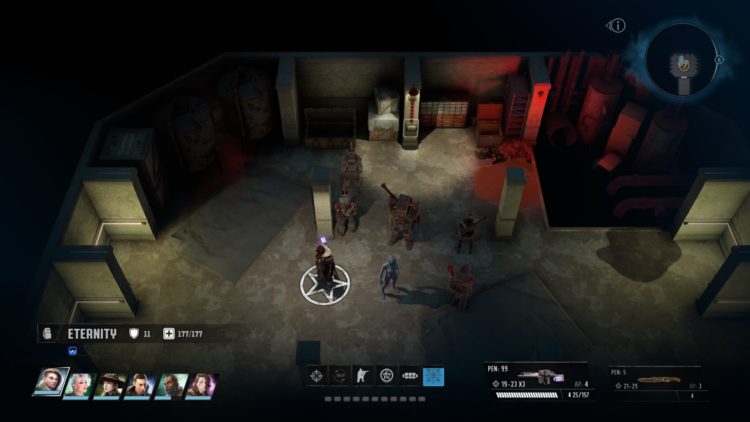 Once the lasers have been deactivated, enter the theater to find a shockdog and two drill dogs. 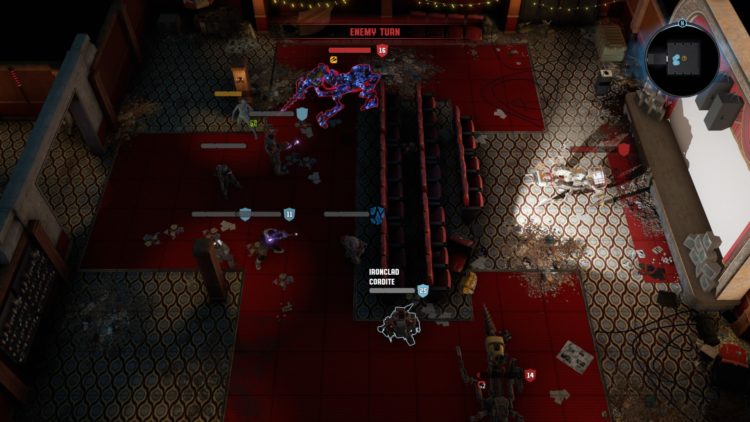 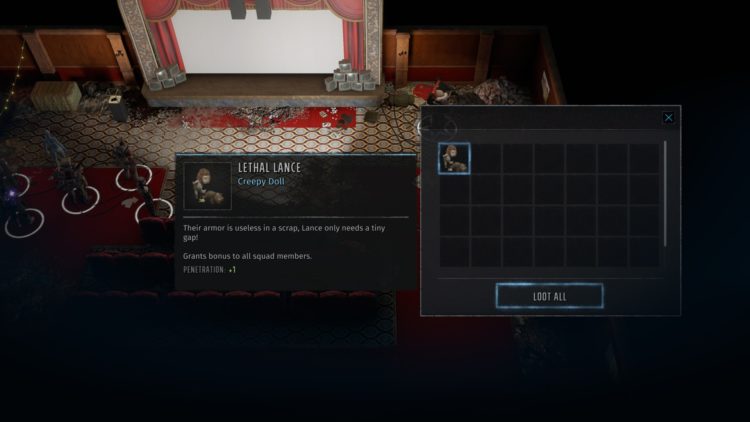 Return to Eidilon who’ll be ecstatic at your arrival. Choose the type of “movie” you want her to produce.

Oh, and if Marshal Kwon is in your team, he can be one of the “stars.” 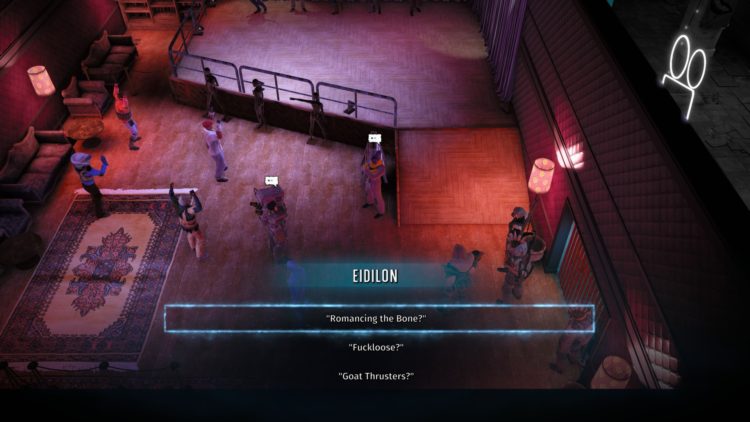 I was able to obtain this quest during my Wasteland 3 playthrough by doing three things: 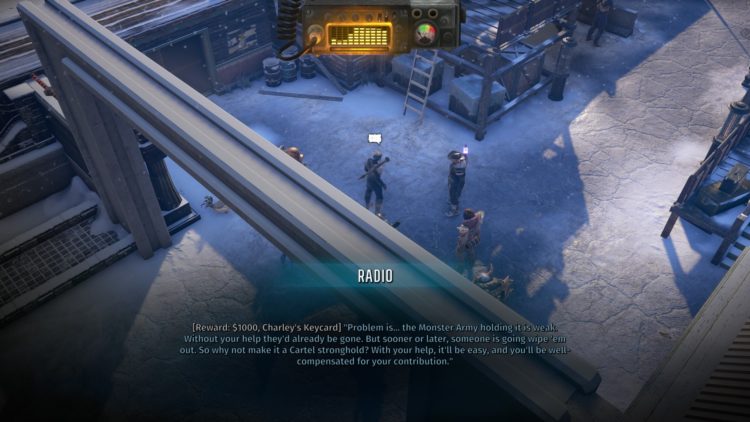 Once I returned to Colorado Springs, Charley contacted me asking for help. He wants to take over The Bizarre since the Monster Army has been weakened.

You’ll meet Charley in the small building south of The Bizarre’s parking lot area. Speak with him and he’ll ask if you’re ready.

Note: This seems to be time-sensitive. If you take too long before going back to The Bizarre, Charley’s mercs will kill several residents. 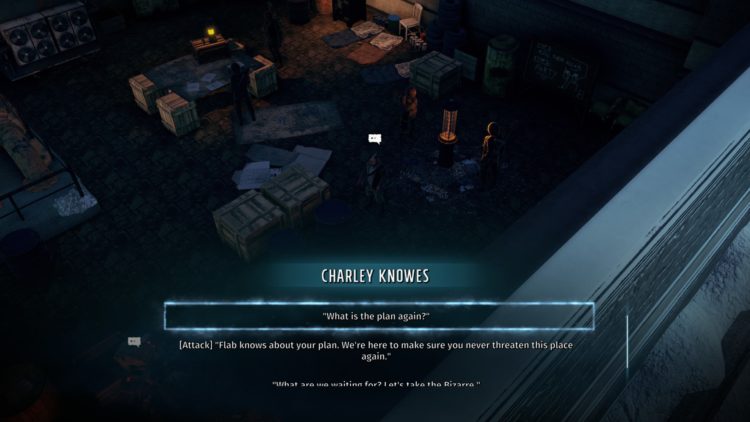 If you go through with this, you’ll need to eliminate everyone in The Bizarre, even those we’ve recently helped.

In my case, I just killed Charley and told Flab the Inhaler about it to gain some reputation. I got some mods, ammo, and, uh, “Ken Doll’s Shriveled Junk.”

Note: It appears that siding with Flab the Inhaler will mean that you’ll lose your chance to have Quarex as a Ranger HQ staffer. Quarex will somehow end up in The Warrens if in case Charley’s mercs start killing people in The Bizzare, and you’ll then have to do a sidequest to help him out. Unfortunately, I wasn’t able to test this and I’ve already overwritten an older save while at this stage of the sidequest. If you have more info, let me know. 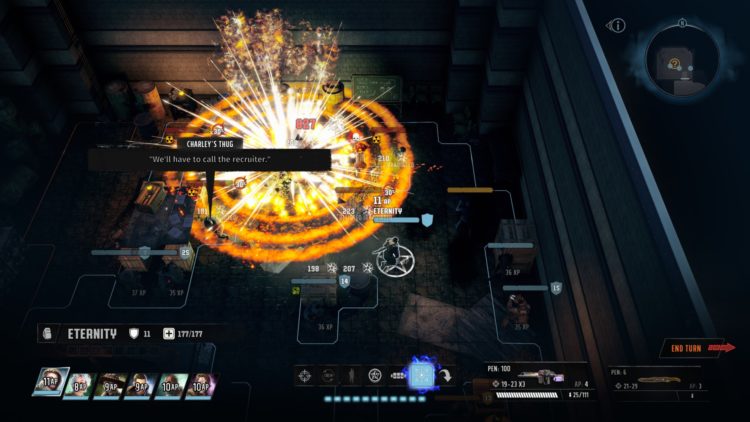