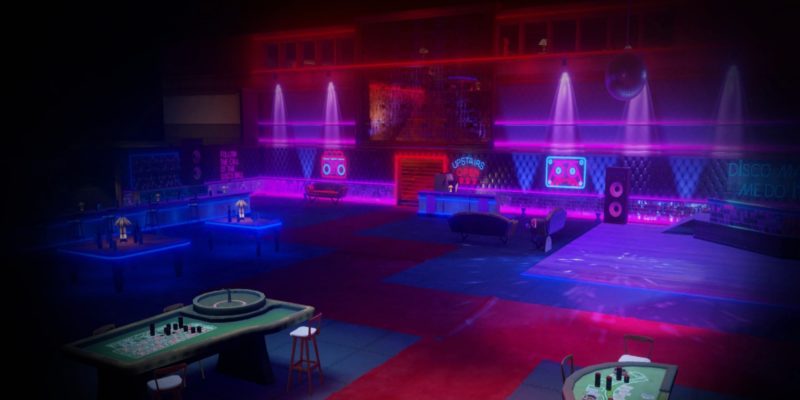 Your next stop is Little Vegas. This casino is run by Faran Brygo — a character from the original Wasteland game — who’s also named after Bryan Fargo, the founder of Interplay and inXile.

Lucia can become a permanent unique companion in Wasteland 3.

Junko Murayama, who’s right in front of the Patriarch’s Museum, can be recruited as Ranger HQ staff for your archive/museum.

Sheriff Daisy will give your next mission. Likewise, speak with Hope Emerson who can manage Ranger HQ’s brig. 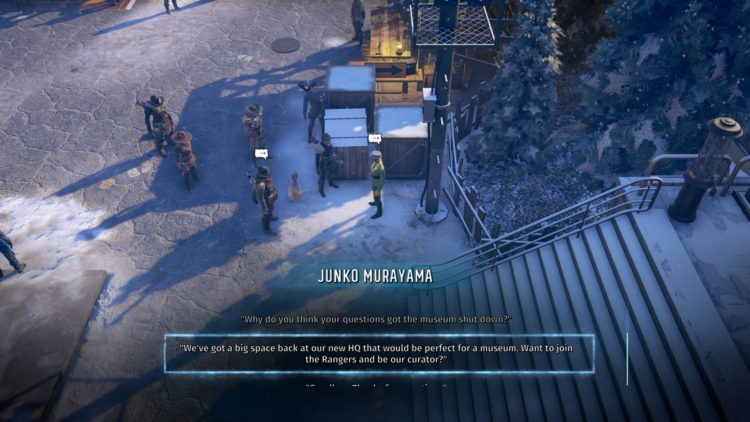 Our goal is to find what happened to Inspector Delgado who was last seen inside Little Vegas. Head past the Patriarch’s Museum and enter the gaudy casino.

Speak with Charley Knowes (Brygo’s right-hand man) and the guard next to the terminal. The latter might let you go upstairs to speak with Brygo. 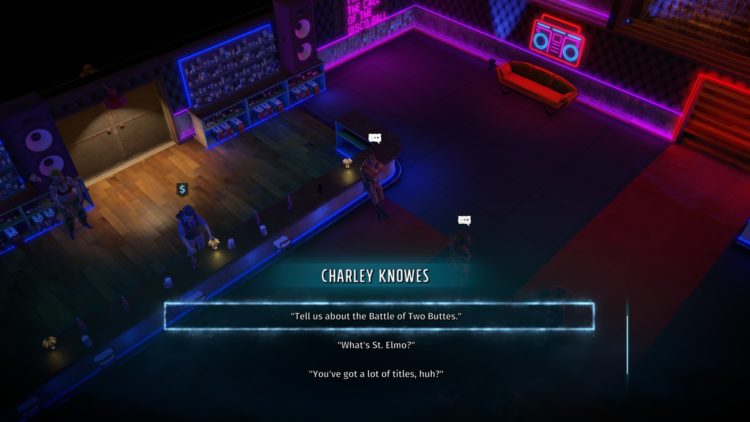 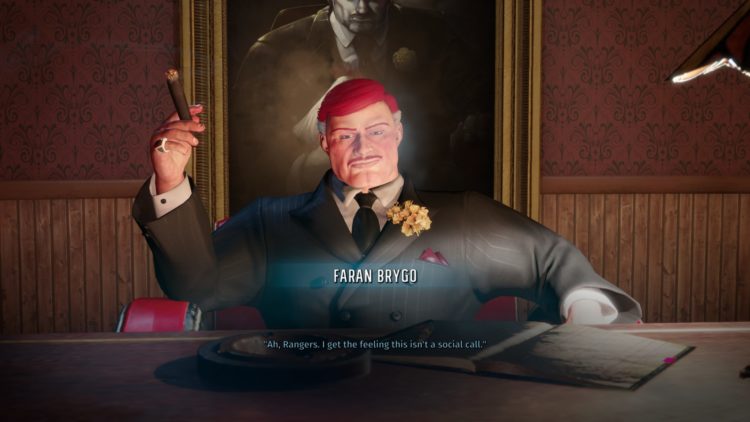 Head back to the casino floor. You can play on the gambling tables here, but if you play the slots (Nerd Stuff 4 or Lockpicking 5), you’ll get $400. This will prevent you from playing the other games since “you’ve won enough.”

An NPC named Shakes asks you to find his drugs in the “private party” room on the second floor. Inside, you’ll find Boulder and his mercenaries.

Kiss Ass 3 and Hard Ass 4 will prevent a fight from breaking out; Hard Ass 4 will even have Boulder will tell you that Delgado is inside the back rooms. Open the safe to find Shakes’ drugs and the Fuser laser pistol. 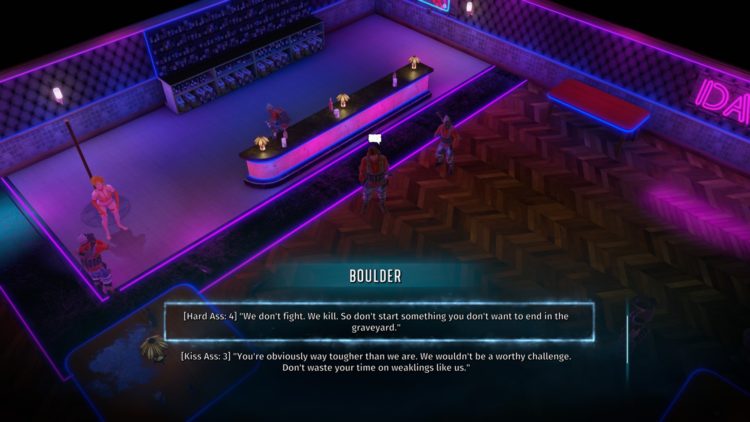 There’s a brothel at the end of the hallway. If you weren’t able to obtain Delgado’s location from Boulder, you can pay Ken Doll $100 or have Barter 5. You can also ask about each of the prostitutes. Each one provides a 20-minute buff to the character who interacts with them:

Also, the first time you open the Queen of Hearts’ room, you’ll find Benjie Braddock who has some “problems.” Tell him he just “needs chemical help” and give him either Liquid Time, Rhino, or Jitter. You can ask him for leverage against Brygo to get the Code to the Computer. This is only if the door to Brygo’s suite remains locked. 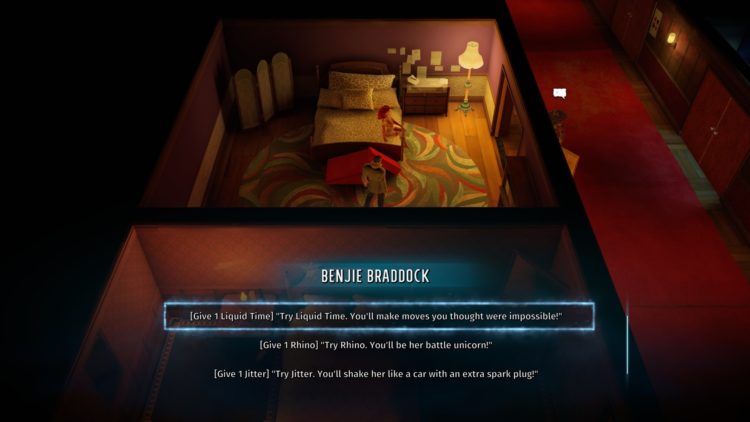 Important: Speak with Charley Knowes and you can tell him that you’re aware that Delgado’s being held prisoner. However, he presents a proposal to help clear Brygo’s name. You have two choices:

(1) Attack now – This will net you the keys to the back rooms and Delgado’s cell. All the henchmen will become hostile, and the other Little Vegas NPCs can’t be interacted with anymore. This dialogue branch is the only time you can do this without issues. If you shoot Charley outside this dialogue option, both Kwon and Lucia will be irate and leave your party after the fight.

Note: Killing Charley locks you out of a potential “Hostile Takeover” sidequest later. 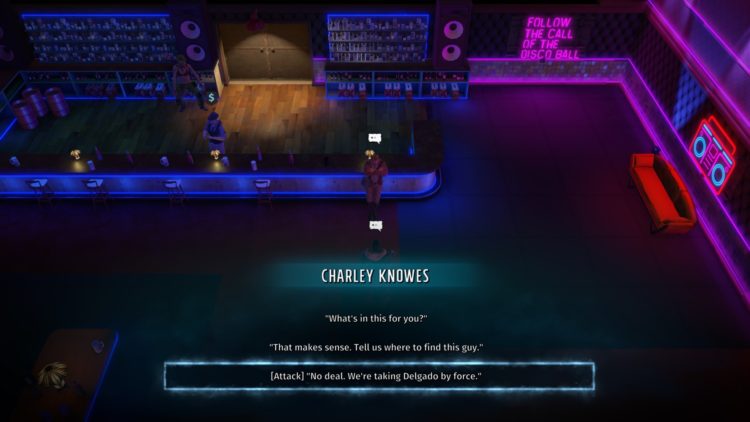 In any case, clear out the casino and reach the cells to free Delgado. The chest here has the Tippy Toes skill book (Sneaky Shit +1). 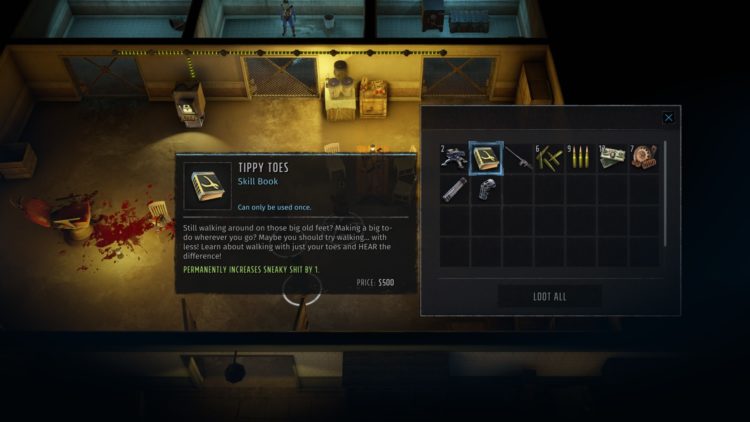 Use the code on the computer that leads to Brygo’s suite (in case it’s still locked). You’ll battle Brygo and his enforcers.

Once his HP is low, he’ll surrender. You can choose to execute him (which resumes the battle until he’s dead). You’ll get two SMGs (Black and Jack) and a cassette. Alternatively, you can arrest him (sending him to Sheriff Daisy’s jail or to Ranger HQ’s brig). 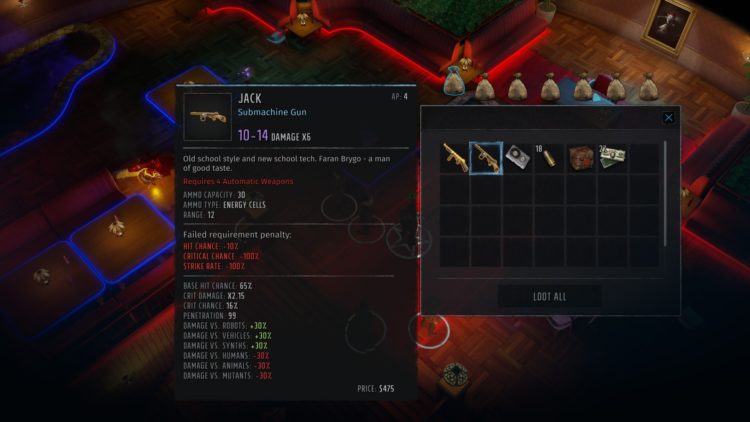 (2) You can accept Charley’s proposal. He’ll tell you of a mechanic named MacTavish who owns the Machine Shop just south of the Pillory Square/Sheriff’s Office.

Note: Upon exiting Little Vegas, you’re told to find a Gideon Reyes in Broadmoor Heights. That’ll be our destination later. 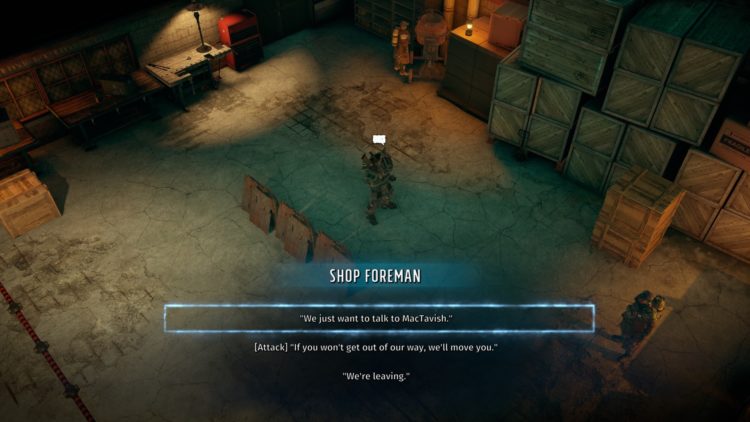 The thugs inside the Machine Shop want you to leave. You can attack immediately or ask about MacTavish (which also leads to a sudden battle).

Instead, tell them you’re leaving. But, rather than exiting the area, just reposition your characters. Have someone with Mechanics 4 start near the generator and keep clicking it. The fight will break out, but you can disable the turrets ASAP. 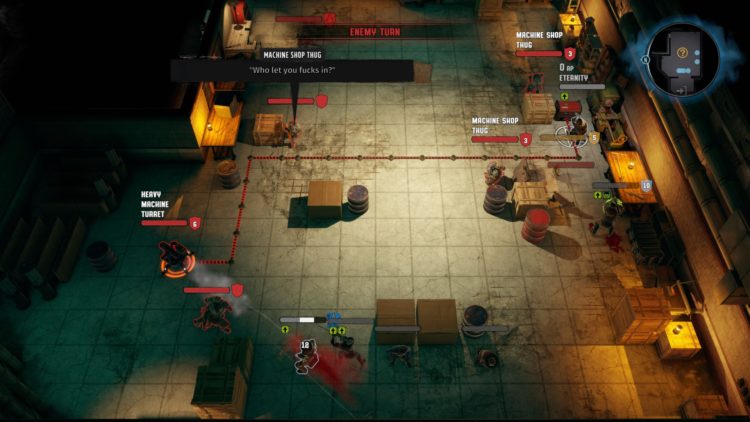 Click on the door and speak with MacTavish. He wants $500 to spill the beans (can be tweaked with Barter 4). After exhausting all dialogue options, you can kill or arrest him. One of the chests here has The Shade Tree skill book (Mechanics +1).

Note: As you make your way back to Little Vegas, you’re told about a problem in the nearby Sans Luxe Apartments. It has something to do with a man named Irv. We’ll tackle that later. 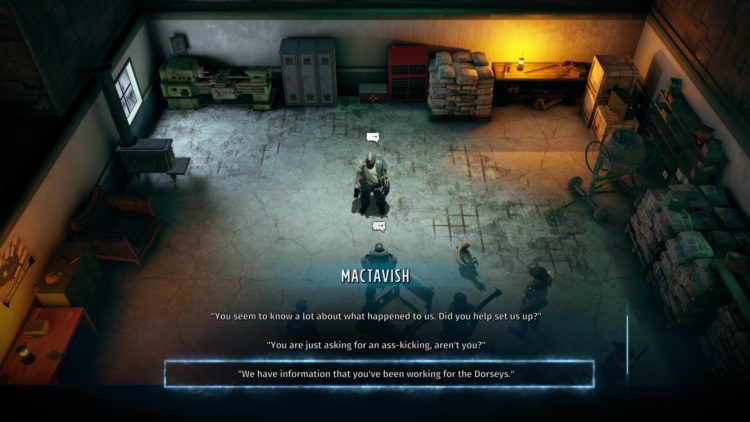 Speak with Charley and Brygo who’ll offer a deal: he’ll release Delgado, send an armory staffer to Ranger HQ, and give an additional $200 (Barter 6) in return for letting him off the hook. 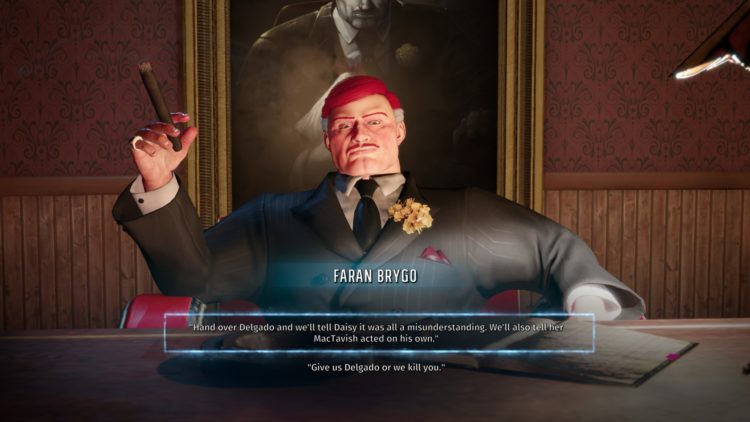 Important: If you don’t arrest Brygo now and you make your way downstairs, Marshal Lupinski will accost you. You’ll either battle Brygo and take him down, or you’ll fight Lupinski and the other marshals. Your decision will affect your reputation with the Patriarch’s Marshals once you speak with Sheriff Daisy later. 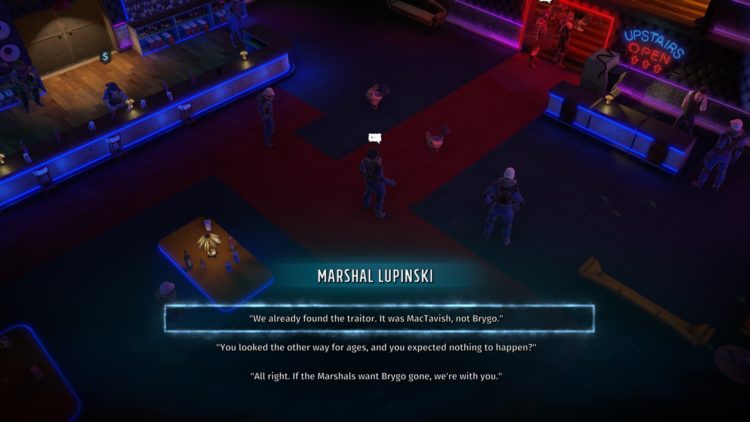 In any case, it’s time to head to Broadmoor Heights for the next Wasteland 3 main quest. Alternatively, you could visit Sans Luxe Apartments to find out about this Irv fellow.