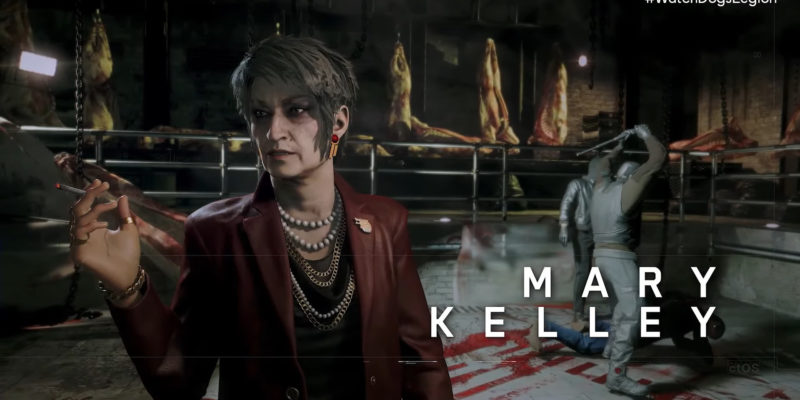 It’s been a while since we’ve seen much on Watch Dogs: Legion, but that changed with today’s Ubisoft Forward event. The livestream kicked off with the third entry in the series, showing off a lengthy gameplay overview trailer, alongside a live-action film. While Ubisoft didn’t show an extended gameplay sequence, we were introduced to London’s colorful cast of characters, and the combat scenarios each provide. A release date was also announced: Watch Dogs: Legion drops October 29.

Before you ask, yes, London’s top granny is back and kicking ass in Legion’s open world. Ubisoft also introduced some new characters into the mix. Nigel Cass is the leader of a private military group prowling London’s streets, and Mary Kelley is the head of the most powerful crime syndicate in the city. Ubisoft also emphasized how you can choose any citizen as a playable character, showcasing what their different characteristics can bring to the table. Check out the trailer below:

London’s landscape looks varied, following on from the first game’s Chicago setting and the sequel’s realization of San Francisco. The gameplay overview shows off a mission where players are tasked with breaking into the Tower of London, which has been retrofitted as the headquarters of private military group, Albion. Elsewhere in Legion, it looks like you’ll be able to cruise London’s streets and explore some shady back alleys, if that’s your thing. The amount of graffiti about the place is pretty realistic, mind.

Leading into the big gameplay blowout, Ubisoft showcased a short film by director Alberto Mielgo. It served as a tone piece for the world of Watch Dogs: Legion. Lots of dark, edgy camera work and riot scenes were on show, but the film did little to showcase what gameplay actually looks like. The film’s narrator spoke about journalists and street artists speaking out against the establishment in the world of Watch Dogs: Legion. Though using Martin Niemöller’s “First they came …” poem is a little tacky and lacking some taste.

Watch Dogs: Legion will release onto PC on October 29.