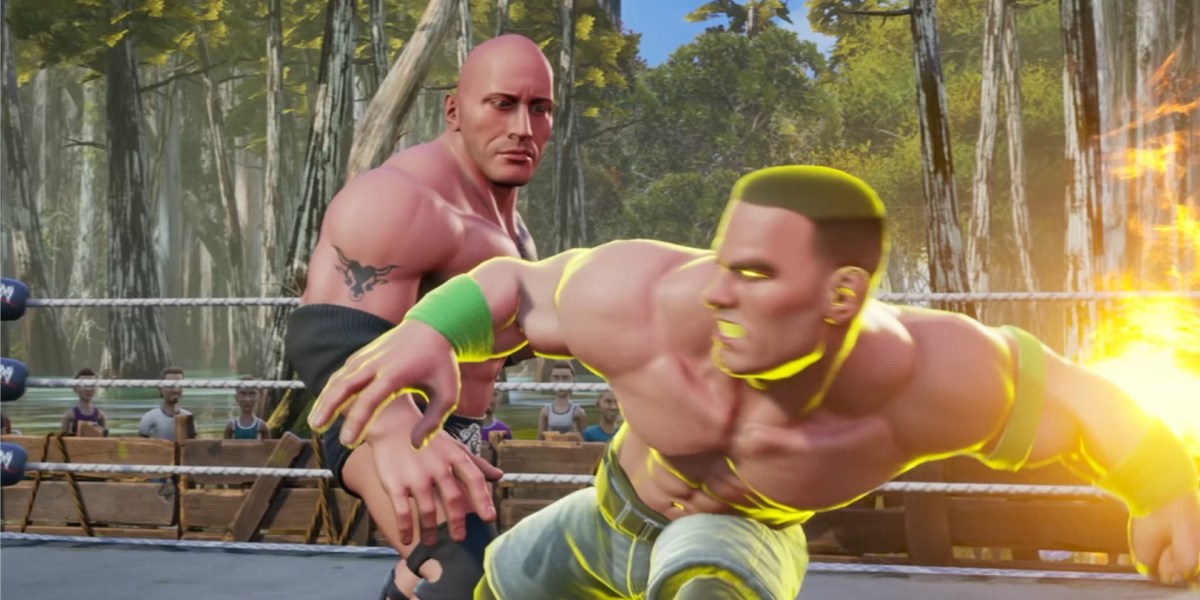 WWE 2K20 hasn’t been in a good spot from the moment it launched, to the time it crashed because it’s the year 2020, and even after a slew of DLC add-ons that didn’t really add anything meaningful (barring The Fiend). The death knell louder than The Undertaker’s gong was heard last week when it was officially confirmed that WWE 2K21 has been canceled. However, developer Visual Concepts and publisher 2K are bouncing back with the latter’s announcement of a brand new title: WWE 2K Battlegrounds. You can watch the teaser trailer below:

As mentioned in the game’s official website, WWE 2K Battlegrounds introduces a “completely new WWE gaming experience,” one that features “arcade-style action” and “over-the-top superstar designs.” Also, the focus, this time around, is on “social, pick-up-and-play fun,” though players can expect more depth if they want to get to delve further into the mechanics. Well, it does have Becky Lynch turning into something akin to Phoenix, as well as The Rock throwing John Cena outside the ring to get eaten by an alligator, so, yeah.

This latest offering is being developed by Saber Interactive, the studio that worked on the arcade-style basketball game NBA 2K Playgrounds. Truth be told, it does look a little bit like 2011’s WWE All Stars, but we do hope it brings back some nostalgic fun from the old SmackDown-era titles, a time when the games weren’t bogged down by too much simulation. (In wrestling lingo, that’s known as too many rest holds.)

Likewise, the production timeline for these kinds of games will be extended, and, as such, there really won’t be an offering this year. “We want to ensure the development team at Visual Concepts can create a great game that will entertain grizzled WWE 2K veterans, as well as newcomers who want to climb through the ropes and step into the ring for the very first time,” noted the publisher.

With the debacle that WWE 2K20 had, we do hope future titles are given “more time in developmental.” 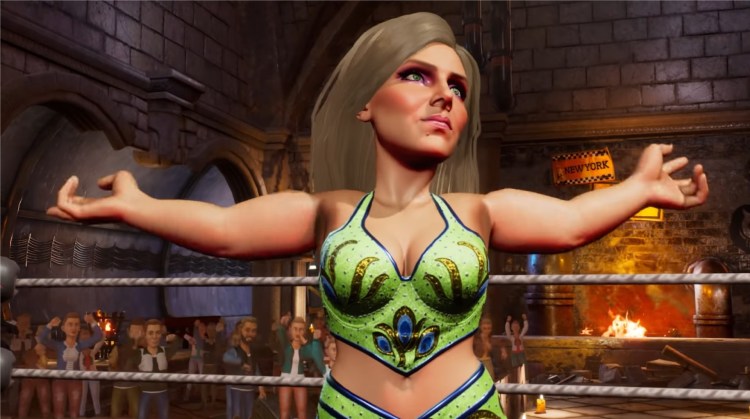 WWE 2K Battlegrounds releases this fall. For wrestling fans out there, does the announcement excite you? Or will this resemble a gimmicky pay-per-view that doesn’t live up to expectations?