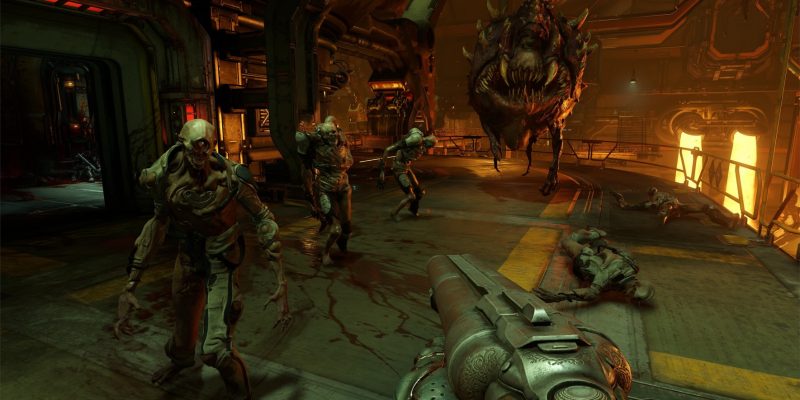 The festivities of the Xbox E3 event are ongoing, and Microsoft wasted no time announcing further expansions to its Game Pass service. Following its acquisition of Bethesda last March, it was inevitable that more of the publisher’s titles would come to Xbox Game Pass for PC. An inevitability that has now become true.

As of today, 10 more Bethesda games have been added to Game Pass. These are Arx Fatalis, Dishonored: Death of the Outsider, DOOM, The Evil Within 2, Rage, Wolfenstein II, the original Fallout trilogy, and Fallout Tactics. All of these titles are coming to Game Pass for PC, but some won’t be available on Xbox.

By adding 10 more Bethesda titles to its Game Pass library, Microsoft has brought the total number of titles from its new acquisition up to 30. The Xbox Game Pass already featured many of Bethesda’s most popular games including DOOM Eternal, Fallout 4, and The Elder Scrolls V: Skyrim.

These new additions will help fill in some of the niche gaps that the Game Pass didn’t already cover. A particular highlight is how Microsoft is adding some of Bethesda’s older games to Xbox Game Pass for PC. The newer games may be more popular, but introducing older titles will help to diversify the potential audience of Xbox Game Pass. 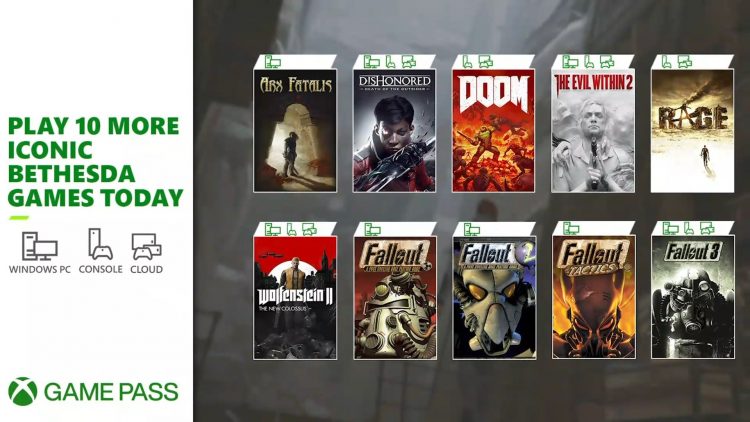 Also, certain legacy titles like the original Fallout and Arx Fatalis can be rather pricey to buy individually despite the age. The first Fallout game is currently selling at a whopping $10 USD on Steam despite being over 20 years old. In contrast, Xbox Game Pass for PC is available for just $10 USD a month and offers hundreds of other additional games to play.

Of course, it’s the new titles that gamers are most interested in. Thankfully, Microsoft has thought of that too. The upcoming open-world RPG Starfield will be available on Xbox Game Pass for PC when it launches in late 2022. You can expect plenty more Bethesda additions to Game Pass in the future, along with other hot new titles on day one of the respective launches.