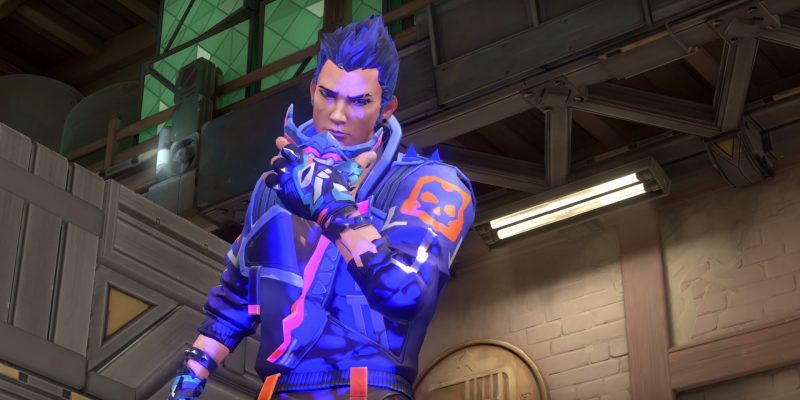 He’s been leaked, he’s been introduced, and now Riot Games has given us a gameplay reveal trailer that shows just how lethal Yoru can be in Valorant. Riot Games describes Yoru as a stealthy infiltrator that can create high-impact moments in a match. He’s a duelist that specializes in misleading enemies and popping up in unexpected places.

Yoru’s four abilities allow him to create false footstep sounds, blind enemies with a flash, teleport, and become invisible. When he’s invisible, he’s also invulnerable. His kit is pretty much everything you could want in a single agent. Plus, he looks like a total badass.

I think the only thing to dislike about the Japanese agent is that he may be too good at what he does. With such a versatile and powerful kit, skilled Valorant players will be able to tear through entire teams, much like Yoru does in the gameplay trailer below. While he looks awesome in a trailer, balance is a key part of a tactical shooter. You want all agents to be viable and you certainly don’t want any of them to be a ‘must pick’. I suspect we will see a few tweaks to Yoru in the next couple of weeks.

A new chapter for Valorant

Yoru joins the Valorant agent roster on January 12 with the beginning of Episode 2 Act I. Along with the new agent, Riot’s tactical shooter is also getting a new Battlepass and some substantial changes to the Ranked system.

The changes are designed to make your progress up and down the ladder more clear. You will now receive or lose Ranked Rating when you win or lose matches, which will be displayed in a bar that indicates how close you are to ranking up or down. Riot has also added a leaderboard to the game for Immortal and Radiant ranked players.

Good luck with your Ranked matches in Episode 2 Act I and have fun fragging with Yoru.