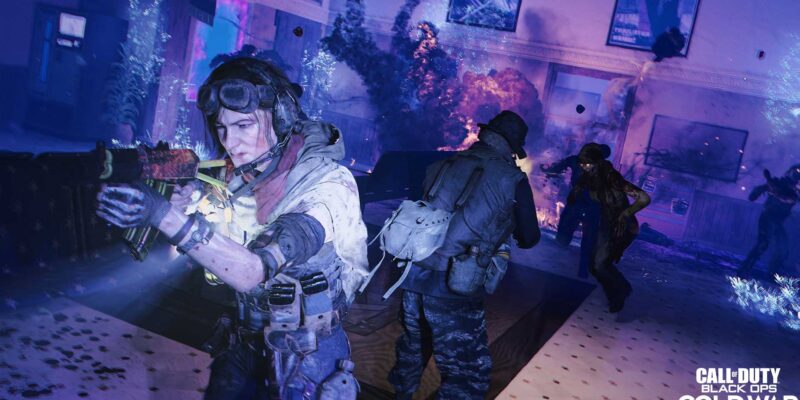 When Call of Duty: Black Ops Cold War launched, integration with the Warzone battle royale followed soon after. This crossover saw Black Ops Cold War weapons making their debut in the battle royale, a reskinned 1980’s version of Verdansk, and more. However, something that has been missing for months is the ability to equip zombies camos to your guns in Warzone.

Zombies fans have been wanting to use their camos earnt in the co-op mode for a long time. If you have taken on the challenge to get mastery camos, you’ve not been able to show off the likes of the Dark Aether camo, for instance, in Warzone. Frustratingly, hackers were able to access zombies camos in Warzone while they remained unreleased. Now, the Season Five Reloaded update has given zombies fans what they have been waiting for.

You can finally use zombies camos in Warzone

Raven Software announced the integration of Black Ops Cold War zombies weapon camos on Twitter. Along with the standard zombies camos, you can use the three mastery options. You have to ensure that you have completed the relevant challenges in zombies to unlock them, before you can use them in Warzone. Due to how long it takes to get your hands on the mastery camos, they are definitely something you want to show off.  Along with the announcement came a short video, displaying what the camos look like in the battle royale. While they do look great in-game, some argued that they should have already been in Warzone a long time ago.

For the time being, expect to see an influx of players using zombies camos on their Warzone weapons. Pairing these with the various zombies operators that are now available in Warzone, zombies fans have a little more to go at within the battle royale title.

Whispers across Verdansk speak of a secret war between Requiem and Omega Group. Operators have recently reported otherworldly Weapon characteristics…