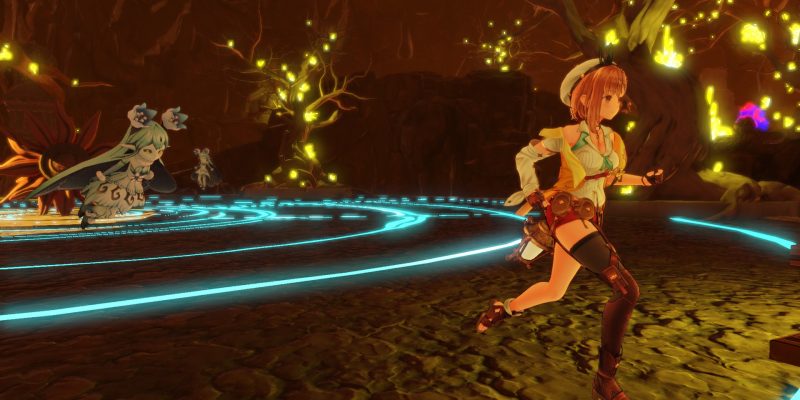 I’ve written guides for ruin exploration, alchemy, and combat in Atelier Ryza 2. This Atelier Ryza 2 quick tips guide is going to focus on the miscellaneous stuff that’s still important but didn’t fit into the other three guides for whatever reason.

Take your weapons/armor to Dennis

Early on in Atelier Ryza 2, you’ll meet Dennis the blacksmith. Dennis has his own plotline that you might just skip because it’s super boring, but you definitely don’t want to skip out on his gear improvements. Every piece of gear can be improved using materials and it can make a substantial difference. After you’ve made your new gear piece, just go to Dennis’ shop and go into the menu to improve it. Then sort by attack for weapons and defense for armor. This will rank all of your ingredients based on how much benefit you’ll receive from that particular item. For instance, early-game weapons will get a nice benefit from large bones and animal hides, which can be found in bone piles everywhere.

Depending on the base attack and defense of the item, you’ll get a markedly larger upgrade from using the same materials. Using Dennis will take items from great to amazeballs in no time flat. And he doesn’t even charge you anything other than the material he uses. Make sure and improve every single piece of gear with him before taking it out in the field.

Check the quest board daily for low-effort quests

Once you unlock the quest board in Atelier Ryza 2, you’ll get a steady stream of sp, plain and simple. Some quests require you to go out and kill a certain number of monsters after accepting it or task you to craft a specific item. You can certainly do those (and you should!), but the easier junk quests will take much less time. A lot of these quests only require you to turn over a certain number of common items. They’re extremely easy and you can turn them in on the spot. Even better, though, is the fact that they can give a significant amount of sp.

If you want to just farm a bunch of sp without even doing anything, hit up the quest board, turn in all the ingredient quests, warp back to the atelier, and then sleep until morning. When you wake up, there’ll be a host of new quests to turn in. This makes it really easy to fill out your skill tree a bit more. 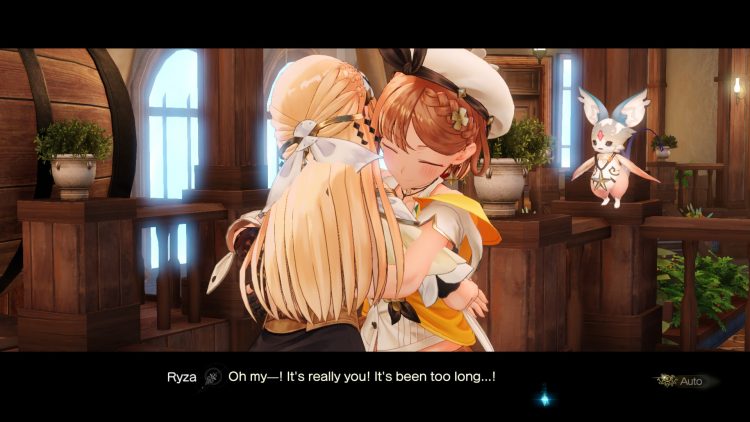 Remember to dig with your spirit animal

You’ll get access to a rideable spirit animal after being Atelier Ryza 2‘s first major boss. You can summon this big guy in most places and, honestly, he’s not super fast or anything so you might think you shouldn’t bother. But scoping out an area for dig spots can reveal important items. You can find money, gold coins, and even rare materials before you even find a reliable harvest spot for them. It’s definitely worth calling the big lug out just to hit up these spots for resources.

Don’t be afraid to duplicate

Once you unlock the ability to copy alchemized items, you’re going to want to take advantage of it. Why use valuable resources to craft new items when you can just duplicate them? Sure, you need to convert items to gems to even use duplication, but it’s not a big deal. For instance, you can get a lot of gems in Atelier Ryza 2 by collecting amber in Windmuhle Valley, which is right outside the entrance to the second set of ruins. Just farm that and then get yourself a veritable gem mountain after just a few short minutes. You’ll be able to duplicate any item you want! And on that note.

Farming is so easy now

In the previous game, it took a certain amount of time for resources to return. In Atelier Ryza 2, resources get replenished the second you leave an area. More importantly, they get replenished even if you leave said area by warping directly to that area. That advice about farming amber in the above tip? You can go collect amber, warp to Windmuhle Valley while you’re still there, and then collect more amber. As long as you know where a harvesting spot is, you can get as much of an ingredient as you want. The only thing standing in your way is Ryza’s basket. But you can warp to the atelier and deposit everything in seconds anyway. It’s so easy. 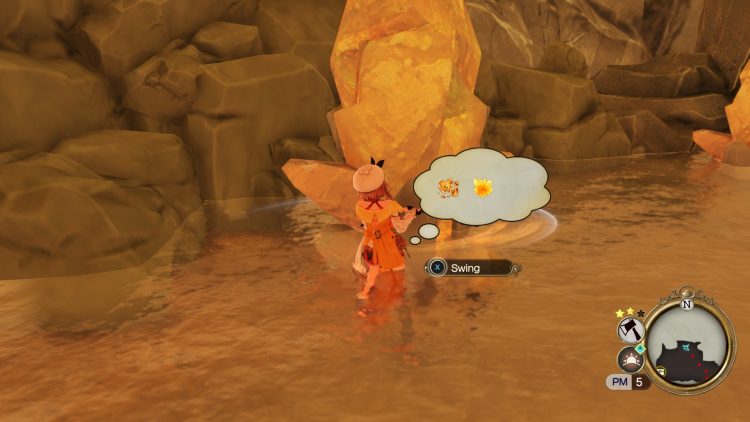 Character levels are usually insanely important in JRPGs. In Atelier Ryza 2, that is decidedly not the case. At best, a character gets a few HP and one or two points to each stat as they level up. While this does add up over time and you’re still going to want to have your characters not be massively under-leveled, the gains are so minor that you’re better off focusing on synthesizing gear instead of wasting time level grinding. It might seem weird for a JRPG, but it’s really not that big of a deal here.

For the most part, the characters you choose also don’t matter. The amount of attack and defense they have is going to mainly depend on how well you’ve synthesized their gear. This just means that you can use who you want when you want. Although, characters do have some differences. For instance, Klaudia has skills that can attack groups, which makes her more useful than she’d be otherwise. Similarly, Serri has some quirks that are very specific to her. But it depends on how much time you want to spend on making weapons for your characters. All-in-all, it doesn’t really matter who you go with. As long as it’s not Clifford. Because Clifford is stupid.

Rebuild your tools from time to time

As you improve your skill tree in Atelier Ryza 2, you’ll be able to make better and better items, mostly due to being able to use more synthesis ingredients. Plus you’ll have more access to higher-quality ingredients. You’ll need to use gems to improve items you’ve already made, but we covered that above. If you’ve got a rank 1 ax or sickle, there’s no reason to not improve them if you can. Better ingredients mean better items. Who doesn’t want better items?! 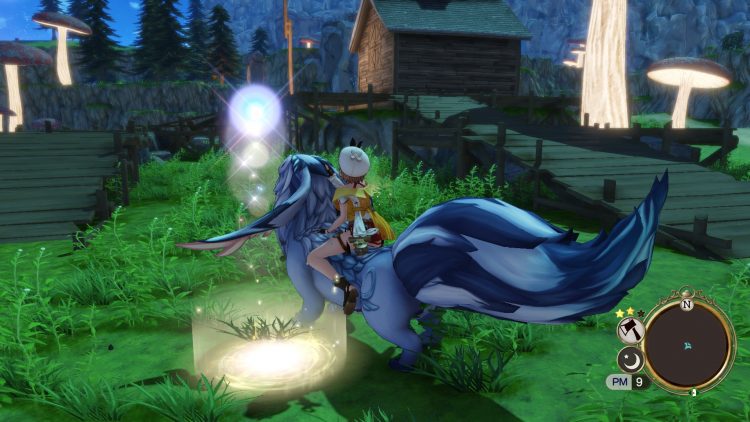 That’s all for our Atelier Ryza 2 tips. As long as you follow them (and the things laid out in the other guides), then you’ll be good to go. Probably. I’m not a alchemy-maker or whatever they’re called.