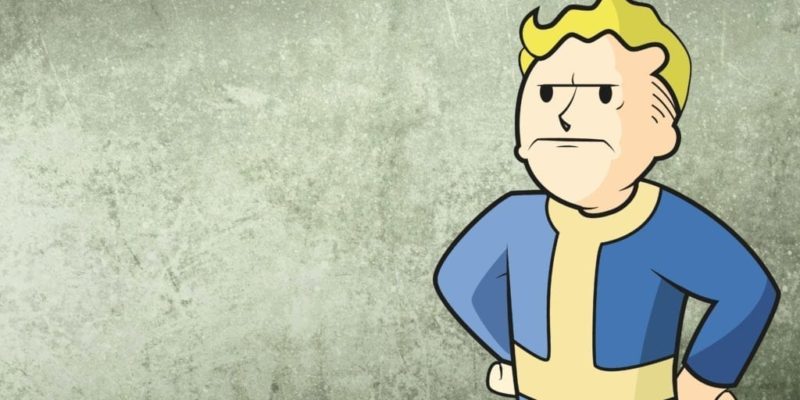 This afternoon, Reddit user /u/Jessiepie submitted a post to the Fallout 76 subreddit that alleged they were receiving other people’s support tickets.

“… I am receiving every single one of your support tickets on my Bethesda account. Mostly it’s your receipts for you power armor set requesting a new bag. These receipts contain all your info. Your email and home address and the card you used to buy this extremely glitched game.”

Jessiepie went on to say that they could also update or even close these support tickets and that they had notified Bethesda of the issue on Twitter. At first, I was skeptical. Bethesda’s games have bugs, but surely the same doesn’t apply to their customer support! Unfortunately, other users soon chimed in reporting that they’ve been given the same access. /u/SpookyJedi posted an hour later saying:

“It’s not BS I had just submitted my bag ticket and it showed me everyone’s tickets too.

Screenshot from /u/SpookyJedi showing comments from other customers.

At the same, Twitter soon exploded with evidence of the issue. Some users even posted screenshots of the access they’d been given, casting aside any doubts that this was an isolated incident. Posts even began to spring up on Bethesda’s own forum warning other users to not include any private information in their tickets. 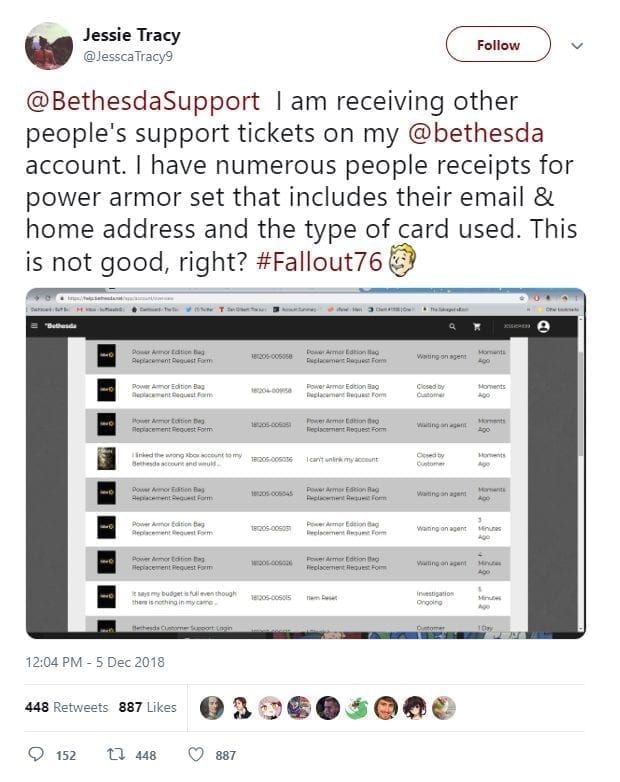 This social media explosion caught Bethesda’s attention and they responded to the issue rather quickly. Within an hour or two of the original Reddit post, community manager LadyDevann replied on the Bethesda forum saying: “Hi guys, we’ve resolved this issue.” Unfortunately, this was the only details given. At the time of writing, no details have been given on how many customers were affected or what caused this issue in the first place. This will no doubt result in a lawsuit. Regions like the European Union have very strict consumer protection laws, especially when it comes to private data.

I’m almost positive this lackluster response is going to be a meme for the next six months.

The Fire That Never Goes Out

Between Fallout 76’s poor critical reception and borderline false advertising, it’s safe to say Bethesda would like to stay out of the news cycle for a few days. Yet hilariously, they keep digging a deeper grave for themselves with every passing day. They’re not doing themselves any favors on other fronts either. Communication since launch has been poor at best. It saddens me to see the studio responsible for many of my favorite games take such a nosedive. Bethesda promises to improve on communication in the future, but I’m not sure if anyone will be listening.

This story is developing…

Last night, Bethesda confirmed the issue on Twitter. While they confirm some sensitive data was leaked, no passwords or full credit card numbers were disclosed.

Bungie Made Volundr Forge Easier; Here’s How To Beat It