After nearly six months, Borderlands 3 is finally making its way onto Steam. Starting on March 13, Steam users will be able to shoot and loot to their heart’s content. But when does it go live, exactly? And can you cross-play with your buddies who bought the game on the Epic Games Store? Can you swap saves? What about pre-loading? Those are some mighty good questions, my imaginary friend. We have those answers and more below.

The  move to Steam won’t be just a hard launch without any bells and/or whistles. Gearbox is offering all sorts of support, for both Steam and EGS users. The company dropped a massive FAQ on the Borderlands website earlier today, filled to the brim with everything happening during the move. Let’s dive in to the important bits. 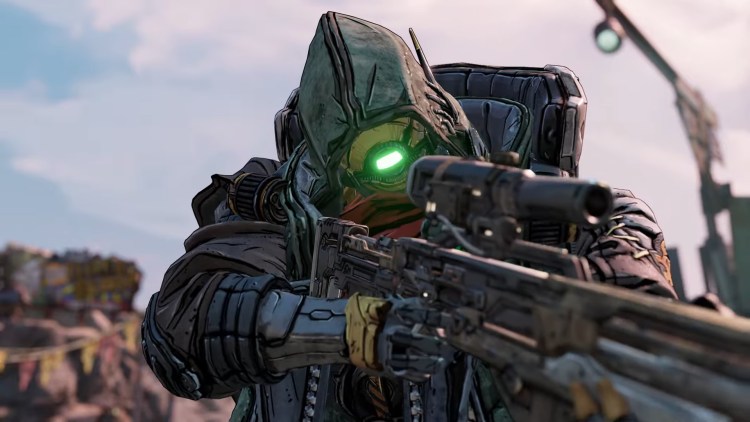 Music to my robot ears.

Will there be cross-play between the EGS and Steam?

If you’re picking up the game on Steam and you want to play with someone on the EGS, good news. Borderlands 3 supports cross-play between both platforms. Following a patch, when you first hop into the game, a screen will pop up asking if you want to enable the cross-play feature. If you don’t, you won’t be able to play with people on the other storefront, you social outcast. According to Gearbox, you do not need a pre-existing SHiFT account.

Cross-play in Borderlands 3 will work as you expect. You’ll be able to play with people on either store front via matchmaking or game invites. What about friends lists, you ask? After enabling the feature, you have to create a cross-play display name. Afterwards, you’re good to frolic with players from either camp. Good on ya. 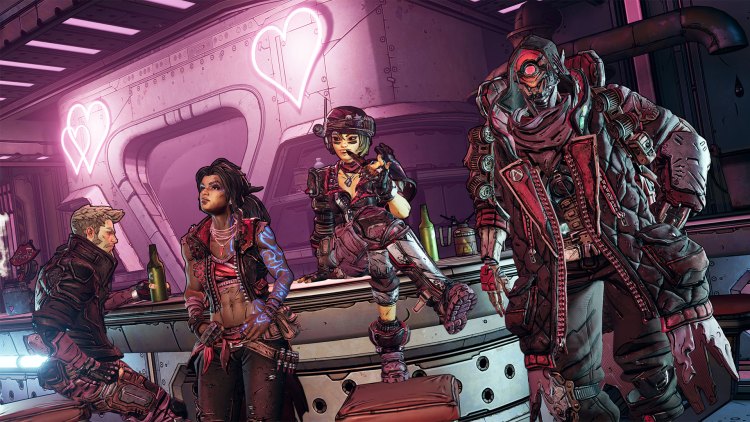 I played it first on EGS, can I get my save files for the Steam version?

Outside of cross-play, save files are naturally a major concern when heading to Steam — especially if you have the game on the EGS. But here’s something to stuff in your purse: you can absolutely swap your current save over to your game on Steam. With some caveat, however. Gearbox writes that you’ll have to manually move your save files. Of course, you can lose your save file on accident, it warns. So be sure to make a copy first. Gearbox writes that it will offer instructions on how to swap saves at a later time.

Can I pre-load Borderlands 3 When?

Impatient, are you? Well, that’s not a big deal. You’ll be able to pre-load the game before it launches for Steam on March 13. The pre-load will begin in the early afternoon PST starting on March 10. Borderlands 3 is not slim, coming in at around 75 GB. If you don’t want to wait, pre-loading is a good option for you to take. Once the game is fully loaded, expect it to be playable starting at 7 AM EST on the day of release.

What can we not do with the Steam version?

Every rose must have its thorn, in the end. And there are some prickly bits with the Steam version of the game. For one, you can’t swap items using the in-game mail system with someone playing on a different storefront. You can play with them, but that ECHO skin is staying home. Add-on packs and other DLC also won’t make the trip to Steam. If you already bought Moxxi’s Heist of the Handsome Jackpot on the EGS, you can’t take it with you if you decide to jump ship.

What about achievements? You may be able to take them with you during the save swap detailed above. According to Gearbox, ” we can’t guarantee that Steam will register these Achievements consistently.” If you complete the actions that earned an achievement when you played on the EGS, you should still get the achievement for it.

That about wraps up the most important highlights of today’s announcement. That is, barring the question on whether or not you can cross-play with console users now. No. Borderlands 3 launches for Steam on March 13.

By Chirag Pattni7 hours ago
News