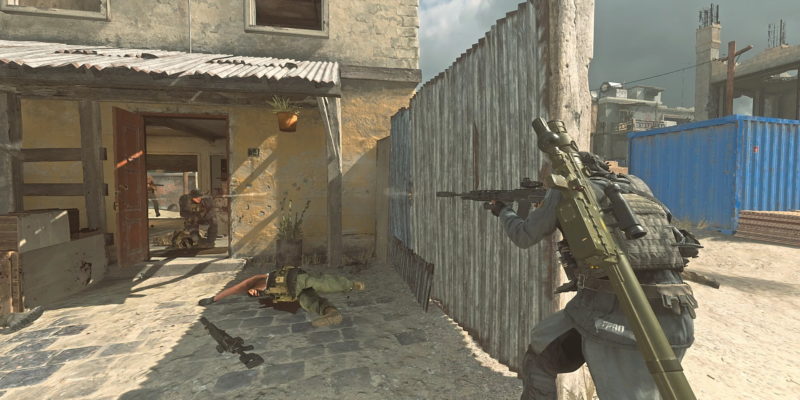 For PC players, Call of Duty: Warzone offers something brand new to the series: the potential to play with either a keyboard or controller without being put at a potential disadvantage. Thanks to crossplay and the introduction of aim assist to the PC release of Warzone, players now have a choice on their hands regarding what input device they want to use.

Picking between controller and keyboard can be a harder decision than you might think. Both inputs have their respective advantages and are going to appeal to different kinds of players depending on what they want from their FPS. Let’s break down the benefits of using each input option and if controllers are actually a viable option on PC.

Why use mouse and keyboard?

It’s no secret among FPS players that using a keyboard and mouse gives numerous advantages over the age-old controller. By far the biggest advantage is that, with practice, you can effectively develop pixel-perfect aim and target acquisition. It takes a lot of time to develop that skill, but there is little as satisfying as rapidly flicking onto someone’s head and hitting a crazy shot.

Equally, some guns lend themselves to keyboard and mouse more so than a controller. Anything that requires precision like the Mk. 2 Carbine, FAL, or any sniper is generally going to be easier to use with a mouse. This also applies to high-recoil guns like the AK-47 where managing their unforgiving automatic fire can be difficult with analog sticks alone. 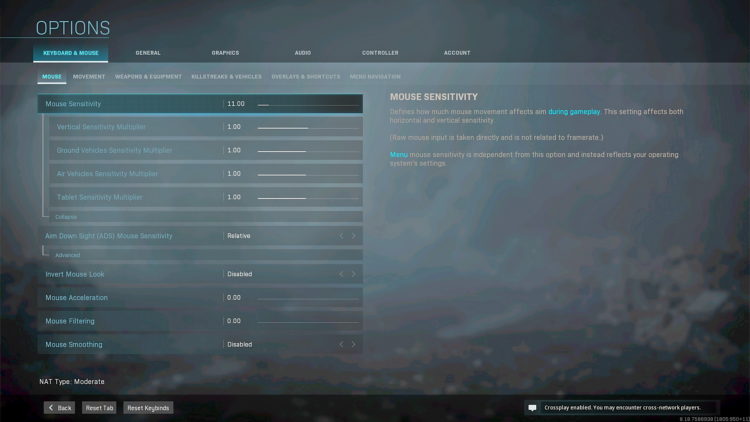 As a general rule of thumb, your eDPI (in-game sensitivity X your mouse’s DPI) should be between 2000 and 7000.

Surprisingly, benefits like being able to turn on the spot quickly aren’t overly important in Warzone. It’s rare that you’ll be in a position where you need to 180-drop shot someone as Warzone‘s pacing is so much slower than that of standard multiplayer. There is an argument this could play a role in the smaller zones late into the game, but good positioning will always reign supreme over any level of mechanical skill in clutch time.

Unlike core multiplayer, Warzone primarily comes down to long-range engagements. This is where mouse and keyboard shines and controllers suffer. When shooting at long range, tracking and leading shots becomes essential. Doing that consistently with a controller, while possible, is not easy. This becomes most notable when controller players try to snipe moving targets at long range. The limitations of the analog stick tend to drag overall shot accuracy down when compared to a decent mouse and keyboard player.

Why use a controller?

Let’s cut to the chase. The aim assist in Warzone and Modern Warfare alike is extremely strong. It’s so strong in fact that Infinity Ward has managed to create a game where controllers often have the advantage in your standard 40-meters-or-fewer gunfights. At least to my knowledge, this is basically unheard of in other FPS titles.

There are three different types of aim assist: standard, precision, and focusing. Standard slows down your aim when aiming at players as well as auto-adjusting your reticle to match any sudden sideways movement. Precision gives a stronger slowdown but requires you to already be aiming directly at someone for it to kick in. Finally, focusing functions similarly to precision but also works when aiming narrowly off-target of an enemy. Most of the pro players stick with standard so I’d recommend that, although Precision can be useful on snipers and DMRs. 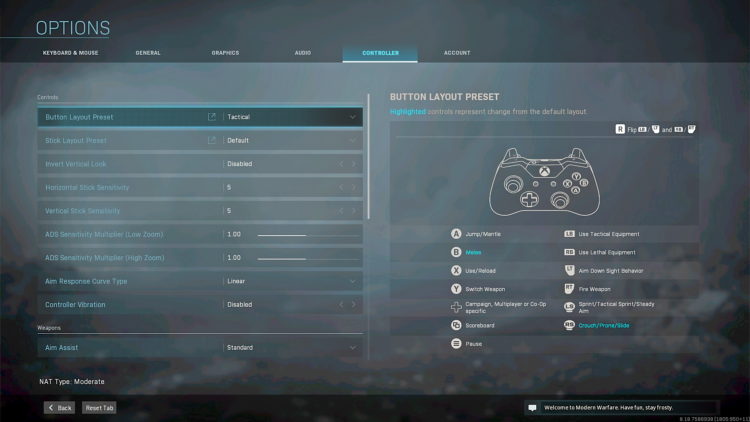 An example of typical controller settings. Tactical button layout, a sensitivity between 4 and 10, and either linear or standard aim response curve are optimal.

Although controllers struggle to deliver the same accuracy as mouse and keyboard at long ranges, they can dominate close-quarters combat. This is because Warzone‘s aim assist will horizontally track enemies for you, at least to an extent. You can’t literally lift your hand off of the right thumbstick, but it is very forgiving and will do most of the work for you. Also, hip fire as a whole can be laser-accurate on a controller since the game will auto-adjust your aim for you.

Perhaps the biggest perk of aim assist is that it can be used as a spotting tool. Call of Duty: Warzone doesn’t apply any degree of human perception regarding how it acquires a target via aim assist. This matters as it results in the game potentially locking onto enemies you wouldn’t have otherwise seen. Most natural cover like bushes and grass do not prevent aim assist from functioning. So if someone happens to look near you without realizing, their aim assist will give you away when otherwise they may have not noticed.

From my experience of using both, I think either can work. Generally speaking, keyboard and mouse is probably better for Warzone as it makes hitting those mechanical-heavy long-range shots easier. However, with practice, the best controller players can most definitely hold their own even at extreme ranges.

I think a controller player does have a pronounced advantage within close-range engagements. The way that both Call of Duty: Modern Warfare and Warzone effectively aim for you at this distance is difficult to compete with unless your mouse aim is truly honed. Think about it this way: While mouse players have to aim in, adjust, and then fire, controller players effectively skip the adjust stage altogether. In a game where the time to kill rarely exceeds 250ms, that can definitely determine the victor.

The reality though is that you should just use what you’re comfortable with. Mouse and keyboard offers a more intense and focused experience, while controller tends to be more relaxed and laid back. Honestly, it’s nice that PC players finally even have this choice. In the past, PC Call of Duty games would punish controller players by giving them very little to no aim assist. Thanks to input-based matchmaking and well-implemented input options, both controller and keyboard are viable options.

Who needs Animal Crossing: New Horizons when you can mod Skyrim?