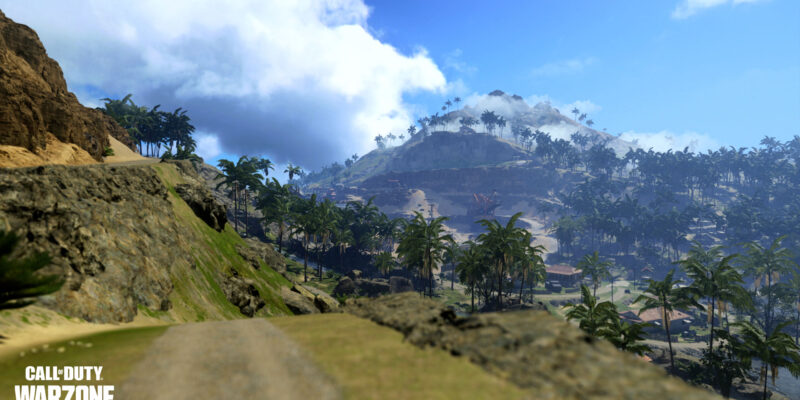 The Call of Duty: Vanguard multiplayer reveal has just wrapped up. Apart from the traditional trailer, developer Sledgehammer Games sat down to discuss more details surrounding the game’s multiplayer. This overview included discussion on combat, weapons, mechanics, and much more. Then, the team at Raven Software followed up with a glimpse at the brand new Pacific Warzone map that is set to roll out later this year. At first glance, the new Warzone map is a complete contrast to the original Verdansk, and even Verdansk ’84. The brightly colored Warzone map is set in the Pacific and takes players to new environments such as jungles, small towns and more.

Call of Duty: Vanguard will fully integrate with Warzone once Vanguard launches. Therefore, the battle royale will be transported back in time, to a World War Two theme. Warzone will even run on the same game engine as the upcoming title. Raven Software explains that this will make integration much easier in terms of weapons and play styles.

Pacific integration between Warzone and Vanguard will bring anti-cheat

Another aspect of Warzone that the team addressed was the highly anticipated anti-cheat system for PC. Since the start of Warzone’s life cycle, hackers have been running rampant in the battle royale, ruining matches. Currently, hacking is arguably at its most prevalent since launch. It was confirmed recently that an anti-cheat system is on its way, and that it’s still being tested. However, it will be ready to roll out at the same time as the Pacific map, shortly after Vanguard’s launch.

Currently, a specific date has not been set for when the new Warzone Pacific map, and its anti-cheat system, will launch. It’s likely that the developer will provide another look at Warzone in the near future. Additionally, zombies fans are still waiting to hear how the Dark Aether story, created by Black Ops Cold War developer Treyarch, will continue in Vanguard.

Warzone hackers are taking to the skies with flying vehicles