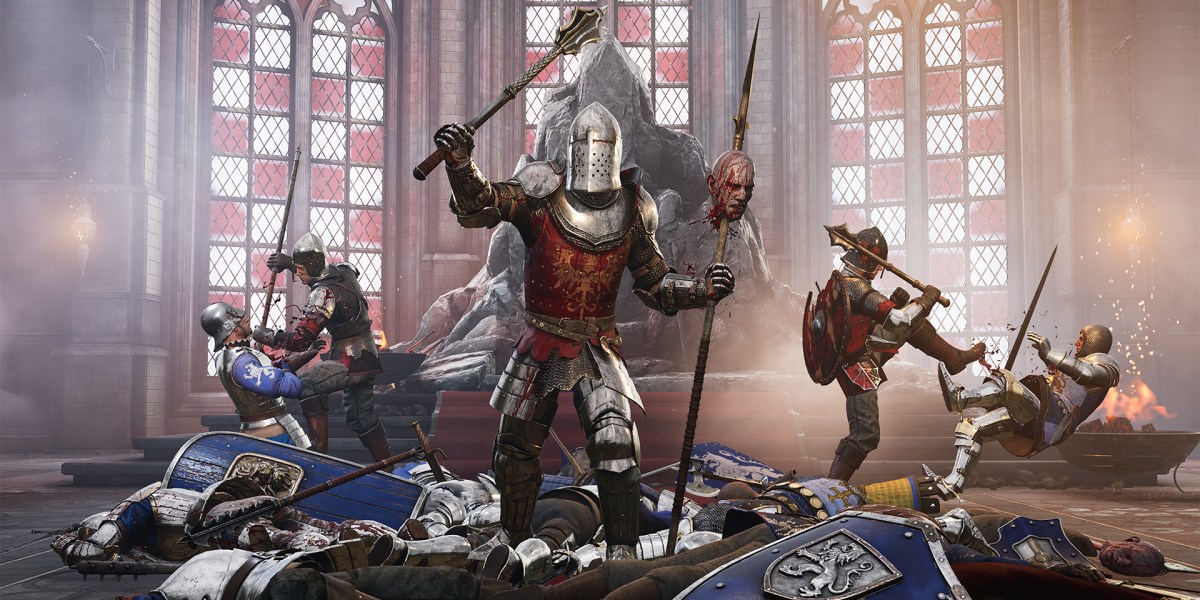 Battles in Chivalry 2 are still winner takes all

The launch of Chivalry 2 has gone rather well for Torn Banner Studios. Chivalry 2 offers a medieval warfare experience full of shenanigans and impressive visuals. We’ve enjoyed it a lot, as outlined in our beta impressions. Things are just getting started in terms of scope, however, as the developer plans to double the size of Chivalry 2 over time with plenty of free content updates.

Chivalry 2 launched last week and was featured during the PC Gaming show at E3. A new developer diary came out shortly after, detailing the roadmap for future development. The new map of Galencourt is the first order of business in terms of adding new content. Players will be able explore a high-medieval setting where the architecture is illustrious, built by the finest stone masons of the time. The city and castle is home to the wealthy, but war has a habit of mucking things up a bit. Naturally, you’ll assault and pillage this location. You’ll also blow up ships.

Aside from the new map, Torn Banner Studios has plans to add mounted horse warfare. The developer diary didn’t show that off, so there’s clearly much work to be done with those mechanics still, but it’s definitely something to keep an eye out for in the future. There are also a lot new weapons coming to the game at some point as well. It looks like these items will match some of the settings.

Taking it to the next level

The original Chivalry put Torn Banner Studios on the map, and it hopes that the sequel to its original hit title will bring new fame and glory on the metaphorical game development battlefield. Seeing as a lot of the Chivalry 2 updates will be free, we hope for the same success.

Chivalry 2 is available now on the Epic Games Store. It’s an exclusive for the time being.