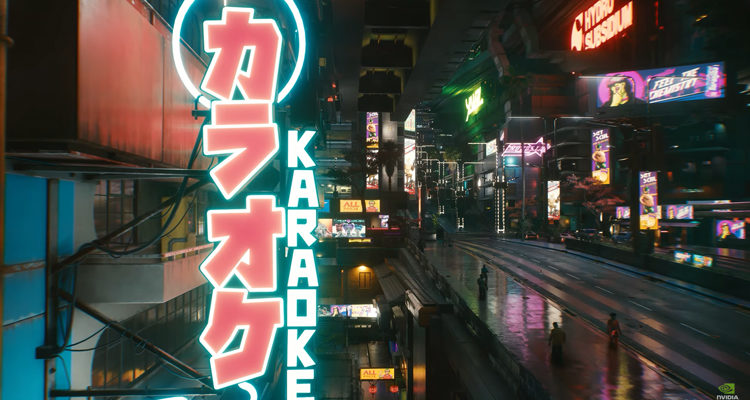 Ray tracing is something that Nvidia continues to market as the next great thing. While the tech demos certainly are impressive, the RTX technology itself remains a novelty for most gamers at best. The truth is, RTX ray tracing still doesn’t have that much support from developers. That’s because it’s extremely taxing on performance and it requires newer Nvidia GPUs to even run in the first place. Eventually, it’s sure to catch on as more gamers upgrade to hardware that supports it. However, it will also be up to the developers to implement it in worthwhile ways. Cyberpunk 2077 might just be the game to finally make RTX ray tracing a killer feature.

The latest behind-the-scenes trailer is somewhat of a developer diary, but it could also be called a tech demo for RTX. It shows off some more gameplay for Cyberpunk 2077 with various shots around Night City at different times. During the day, a cloudless sky can result in an intense sunrise that swallows the urban horizon in a sea of light. Once the sun goes down, neon lights bring the city to life in a truly impressive spectacle. Just the sheer number of light points with different hues make it easy for anyone to see how beautiful and realistic RTX ray tracing can be in Cyberpunk 2077.

This game is equally impressive with its implementation of reflective surfaces. Again, it really benefits from all of the different colored lights throughout the environment. Things like shiny pants, gloss coats on cars, and puddles of water on the street all add up to create very immersive scenes. Watching the real-time reflections distort on the body of a car as a player fires a machine gun at it seems on par with movie level quality. It’s all very exciting to imagine, because Night City looks like a place full of personal adventures waiting to happen. If we can realize unique moments at these levels of fidelity, it could be a huge game changer for RTX demand.

Still, I can’t help but get that sinking feeling that the hardware simply hasn’t caught up with the software. It’s hard to imagine any of this being possible at resolutions above 1080p without a 3070 or better unless CDPR has managed to optimize Cyberpunk 2077 tremendously well. DLSS will certainly need to make a strong showing as well. In late 2020, when 4K60 is becoming a new standard, players will not want to be forced to choose between performance and fancy reflections. Visually speaking, RTX ray tracing looks amazing, but Cyberpunk 2077 seems like a true proving ground for whether or not it’s even viable yet. 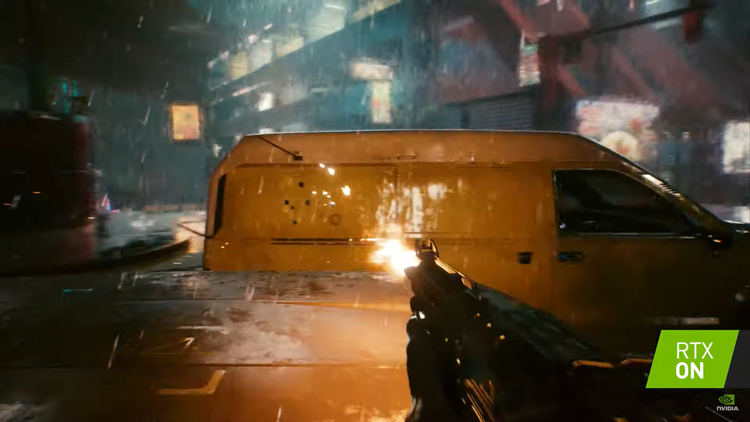 This looks stellar, but is this level of fidelity and performance really possible in an open world yet?

You can check out the updated PC spec recommendations for Cyberpunk 2077, but user benchmarks will be needed to tell the full story. We can’t blame the developers for wanting to show off games with maximum graphics settings, but it doesn’t help with how inaccurate the recommendations sometimes are compared to actual performance results. After all, who wants to play games at 30 fps anymore? Framerate targets would have been a nice inclusion on the spec chart for that extra level of clarity.

New Cyberpunk 2077 specs have been revealed, and they’re impressive