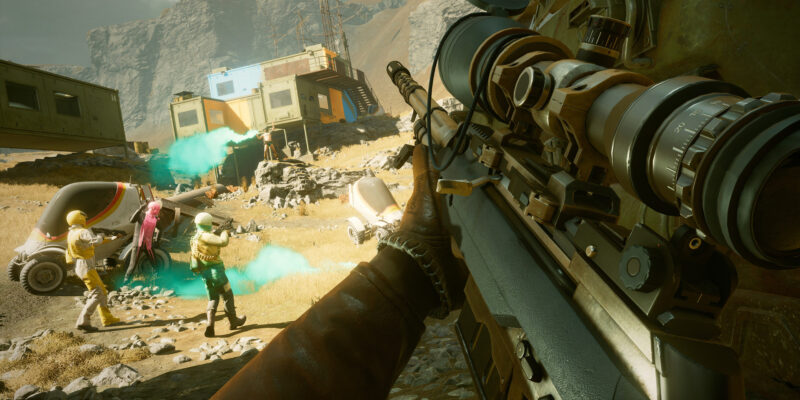 Note: For more information, check out our Deathloop guides and features hub. Likewise, please be reminded that this guide contains minor spoilers. You may also take a look at our guides concerning other golden/legendary weapons such as the Constancy Automatic, Strelak Verso, and Heritage Gun.

Deathloop golden weapon guide – How to get the Sepulchra Breteira

The Sepulchra Breteira golden weapon can be found in the Updaam zone of Deathloop. In my experience, I received an Arsenal Lead called “Keep on Giving,” and this occurred while I was exploring Updaam during the afternoon. I’m uncertain whether there are other pre-requisites for this one (i.e., if you need to progress further in the campaign).

Basically, Julianna tells you that she left a present on the street in front Dorsey Manor. Knowing Julianna, this is probably a trap. 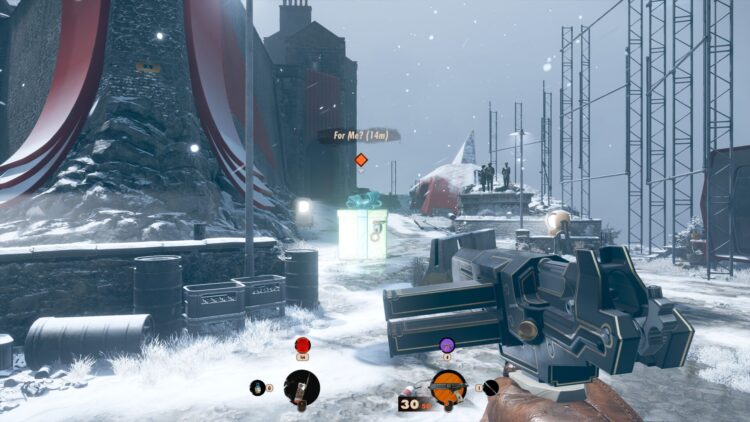 And, yep, you’re right about that. The moment you open the large gift box, several Eternalist soldiers will come pouring in. Although Julianna herself won’t hunt you down since there are no Visionary bosses at this time, a squad of hostiles might still become problematic if you get surrounded.

There’s a way to slightly cheese this encounter, though. Once you open the present, immediately sprint away. Julianna’s dialogue will still trigger and the mobs will spawn. But, they won’t automatically detect you. 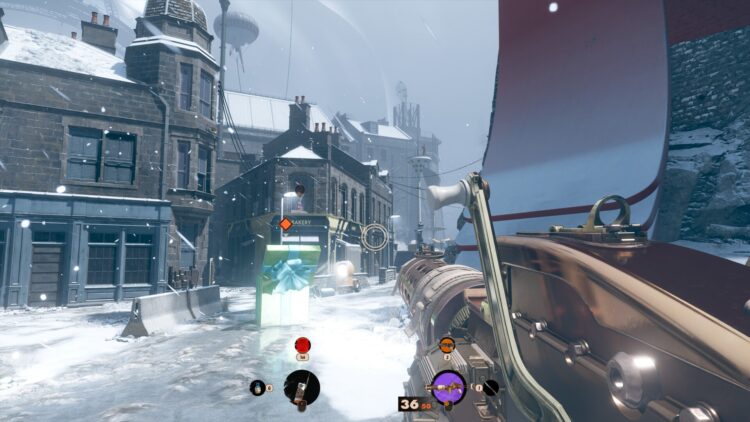 Our goal here is to eliminate the guard that’s watching you from the window overlooking the square (that fella might be accompanied by a couple of guards in that room).

When everything’s clear, double jump or use Shift to reach the room. You can pick up the Sepulchra Breteira inside. 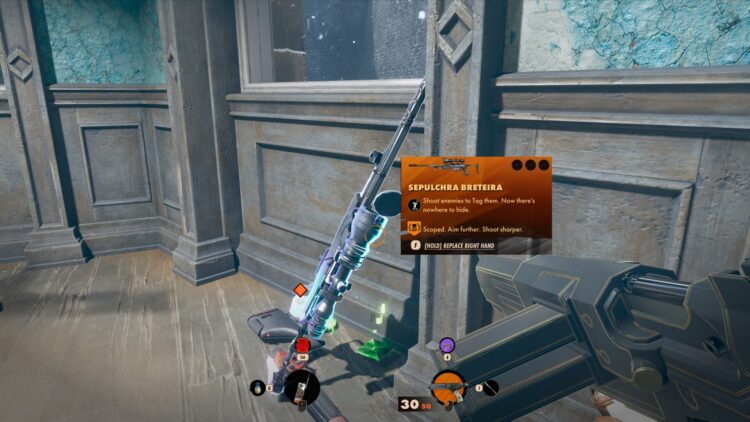 The Sepulchra Breteira sniper rifle in Deathloop has the following perks:

I personally attached mods like Mobile Marksman (move faster while aiming-down-sights), Crack Shot (faster ADS), and Speedloader (faster reload). If ever you feel like eliminating foes from a distance, this is the weapon for you. You’ll completely forget that the Rapier class of rifles ever existed. 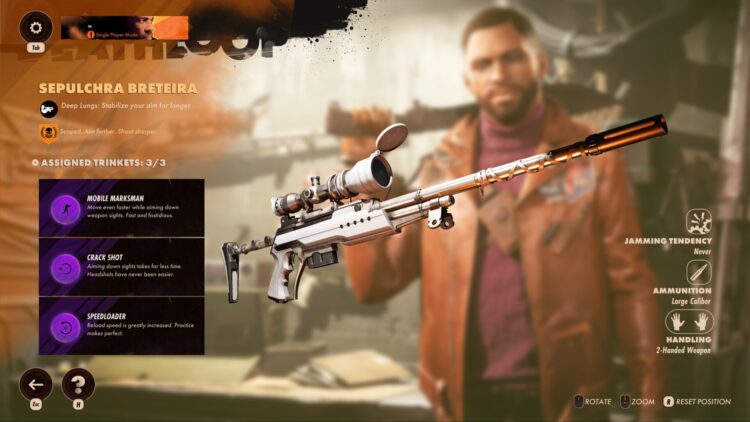 Deathloop: How to get the Constancy Automatic golden weapon

Deathloop: How to get the Strelak Verso golden weapon