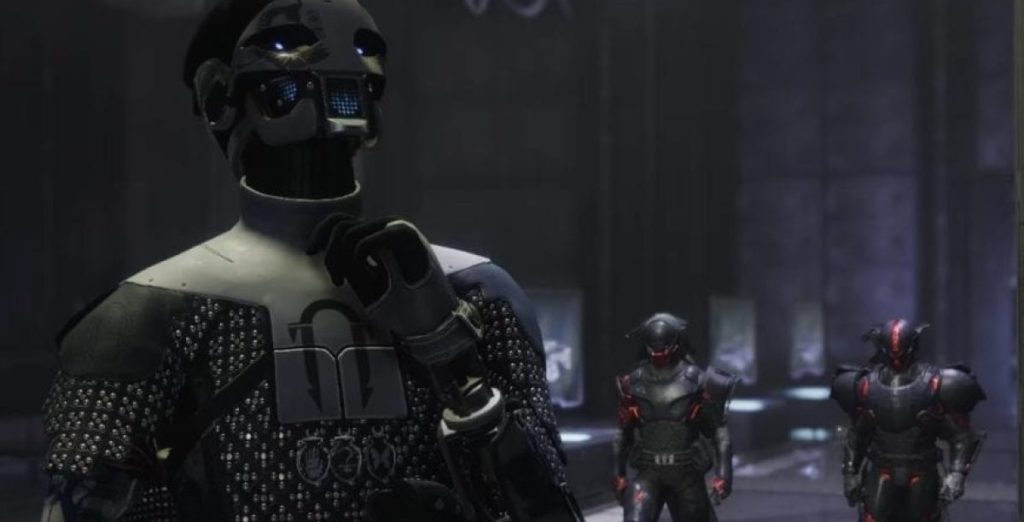 The first phase of Destiny 2’s sophomore year is drawing to a close. The vanilla game and Curse of Osiris brought unprecedented lows. Then, we saw a return to form with Warmind, and the exceptional presentation for the Forsaken expansion, it looks like Destiny 2 is firing on all cylinders. That brings us to today’s recent vidoc from Bungie where they explained a lot of details regarding the next step for Guardians. This time around, this DLC will take us to the Black Armory. We’ll outline every juicy tidbit we know so far, but first, check out the vidoc itself:

This weekly reset kickstarts the brand new Season of the Forge before Black Armory even goes live. What you can expect for now would be some changes from a recent update as well as three new Pinnacle Weapons. We’ve outlined how to get these new goodies here in case you want to grind out some of their quest requirements. That Breakneck auto rifle from Gambit — which has Rampage and Onslaught — looks juicy.

Moving forward, Guardians will see Black Armory launch on December 4. One of the main NPCs this time around is Eva Levante, Destiny 1’s shader vendor, who apparently has been protecting its secrets from prying eyes. A major activity for this DLC is the activation of four different Forges — which act as a new “horde mode.” Completing these would reward new weapons from their respective Forges. We’re wondering if this is the long-rumored “Black” weapon rarity though it’s worth noting that these are apparently exotics still.

One example is the Izanagi’s Burden. It’s an exotic sniper rifle which has four rounds. Doing a special reload allows you to use its unique perk — firing all four bullets for massive damage. It can compete with the Whisper of the Worm and Sleeper Simulant in terms of DPS. And, well, for Destiny 1 fans, it’s essentially a one-hit-kill body shot with a sniper. Other rewards include a “Thorn-like” bow and a fusion rifle that functions as an arm blaster — with tracking shots that set the ground on fire. Yikes!

Oh, it’s also worth mentioning that you no longer have to worry about backing in and out of the instance. That’s because matchmaking is enabled. This has been the answer that fans wanted due to the lack of matchmaking in Escalation Protocol and Blind Well. 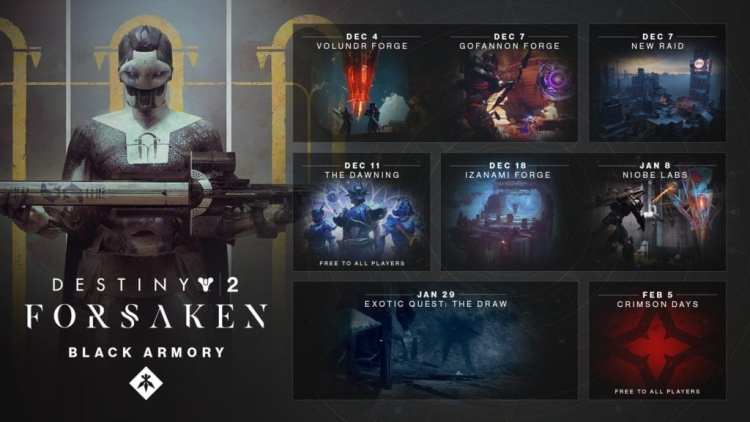 Three days after launch, players would have a new endgame activity to tackle. That’s because there’s a new raid coming out. Do note that it specifically mentions the activity as a “raid” instead of a “raid lair.” There’s a chance it might be bigger compared to what Spire of Stars and Eater of Worlds provided.

The raid takes place in the Last City, a place situated just below the Tower which we barely even explore. From what we saw in the vidoc, it’s possible to traverse the area with sparrows as well. Bungie developers have noted that it’s a throwback to Wrath of the Machine’s style with high adrenaline combat.

Speaking of throwbacks, long-time fans might also be excited for the return of an old favorite. It’s been long rumored that The Last Word, an exotic hand cannon with rich lore, will make its return in Black Armory. It looks like we’ll be able to check it out on January 29 via the exotic quest titled “Last Draw” How fitting. 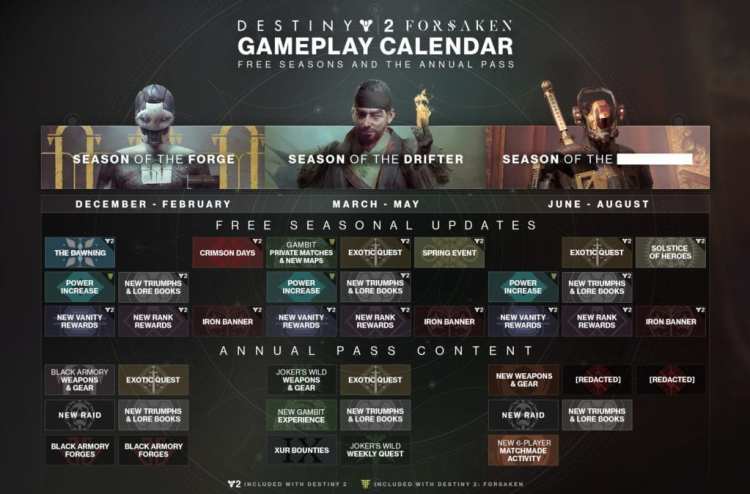 As for the rest, you can expect The Dawning holiday event to start on December 11. Last year, a lot of players were disappointed with calls for “#REMOVEEVERVERSE.” Today, however, it looks like a majority of Guardians are more mellow owing to improvements in the game. Perhaps the upcoming festivities will also bring some winter cheer. Players will also expect new weapons (machine guns), mods, cosmetics, rank titles, triumphs and more. Certain exotic quests will be available only to Annual Pass/DLC owners and others will be available for everyone.

And yes, we’re also going to see a Power Level increase come Black Armory. So if you’re not 600 PL yet, make sure to hit the mark so you’re prepared for what lies ahead just so you don’t end up lost to the Darkness.

You can check out the full calendar of events and content for Destiny 2 all the way to next year on the official website. It even mentions Xur bounties for Joker’s Wild and “Redacted” content for Penumbra. You know what that means? The raid secrets subreddit (r/raidsecrets) will be dying to know what Bungie is hiding.

We’ll definitely see every hammering Titan, dazzling Warlock, and oft-forgotten Hunter out there in the wild once Black Armory goes live next week. For now, it’s time to farm some Strikes and Gambit matches (and maybe a bit of Crucible) to get those sweet Pinnacle Weapons. And yes, maybe some bragging rights to boot.