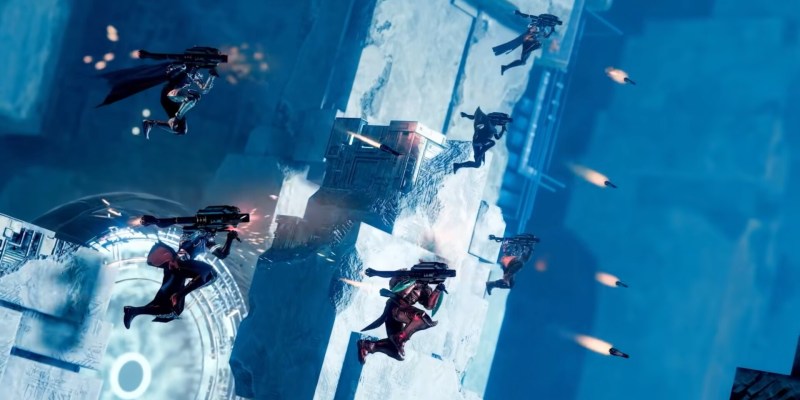 The mighty Gjallarhorn has made a triumphant return in Destiny 2, and you can obtain it after completing an exotic quest called And Out Fly the Wolves. Naturally, you’ll want to boost its capabilities even more. Here’s our Destiny 2 guide to help you get the Gjallarhorn Catalyst by fighting the Reaver Vandal and opening the chests in the Grasp of Avarice dungeon.

Note: For more information, check out our Destiny 2: Season of the Lost guides and features hub. Likewise, you can take a look at our guides on how you can obtain the exotic rocket launcher itself, as well as how to clear the new dungeon’s encounters.

You should be familiar with the Grasp of Avarice dungeon considering that you need to complete it as part of the quest chain. As for the Gjallarhorn Catalyst in Destiny 2, well, you need to rerun it (just pick Legend difficulty). Our goal here is to battle a mob called the Reaver Vandal, which only spawns if at least one member of the fireteam already has the Gjallarhorn. The Reaver Vandal spawns faux engrams that give you the Burden of Riches stacks. However, unlike other mobs, you only need to damage it a bit for the engram to drop. While you have the Burden of Riches buff (which lasts 30 seconds), you need to open a specific chest.

Note: For the first two sections, it seems that only one person in the fireteam has to open the chest. But, for the third and final section, you yourself have to interact with it as well to acquire the Gjallarhorn Catalyst. The first Reaver Vandal is found just after the Loot Cave starting area. In the cavern with the blue glow, you should spot it on a ledge (as seen in the image above).

After getting the Burdened by Riches stack, look back the way you came past the gap. You should see the chest on top of a metal structure. 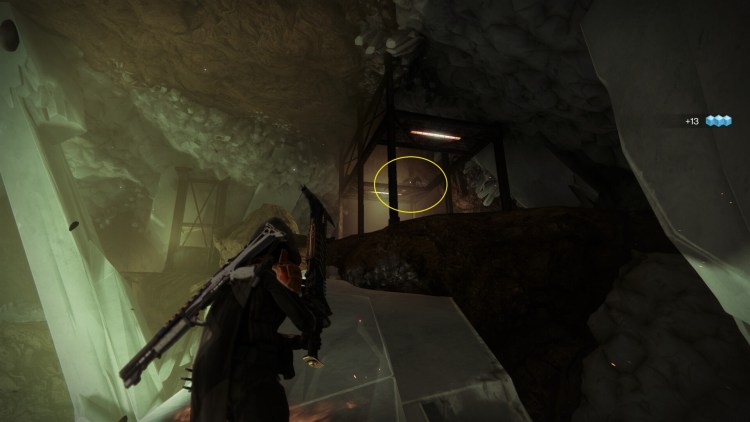 For this section, you’ll need to complete the door puzzle in the water tower chamber (i.e., the one with the giant barrel trap). After avoiding the barrel trap and going up the stairs, you’ll find the Reaver Vandal waiting in the darkened area. As for the chest, continue onward up the boxes and through the shaft. When you reach the next area with the large gap and walkways (i.e., before you go to where the ogre boss is), look to your right.

There’s a small nook here that has the chest. Make sure you open it while the Burden of Riches buff is still active. For this one, we need to complete the Fallen Shield encounter. You should then be able to ride the grav cannon/lift to the middle to get your loot. However, instead of going all the way to the top to the final boss’ area, you’ll want to rotate the cannon so that it faces a landmass to the upper right. There, you’ll find the Reaver Vandal. Make sure the cannon here is facing the center because you need to be quick. After damaging the Reaver Vandal a bit, cannon your way back to the central area (i.e., where you got the loot).

Take a look at the rooftop of the buildings and you’ll find the chest there. If you still have the Burden of Riches buff, interact with it to acquire the Gjallarhorn Catalyst in Destiny 2. 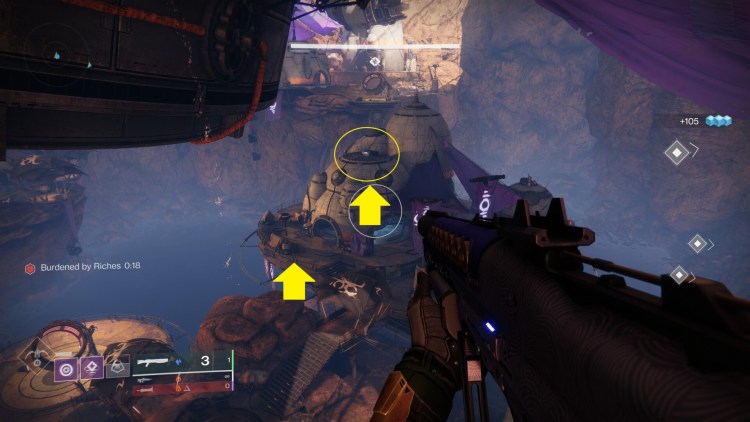 What Does the Gjallarhorn Catalyst Do?

As usual, you’ll want to get a lot of kills with the weapon to obtain its Catalyst. You can still rely on the old Shuro Chi encounter in Last Wish. Alternatively, you can try out the Loot Cave in the Grasp of Avarice (just equip Rocket Launcher Scavenger and Rocket Launcher Reserves armor mods).

As for the effects of the Gjallarhorn Catalyst in Destiny 2, the beefy rocket launcher becomes an absolute monster. Here are the improvements: 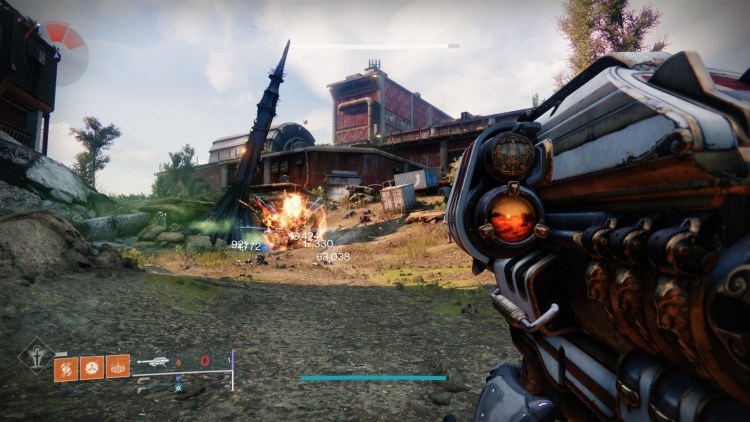