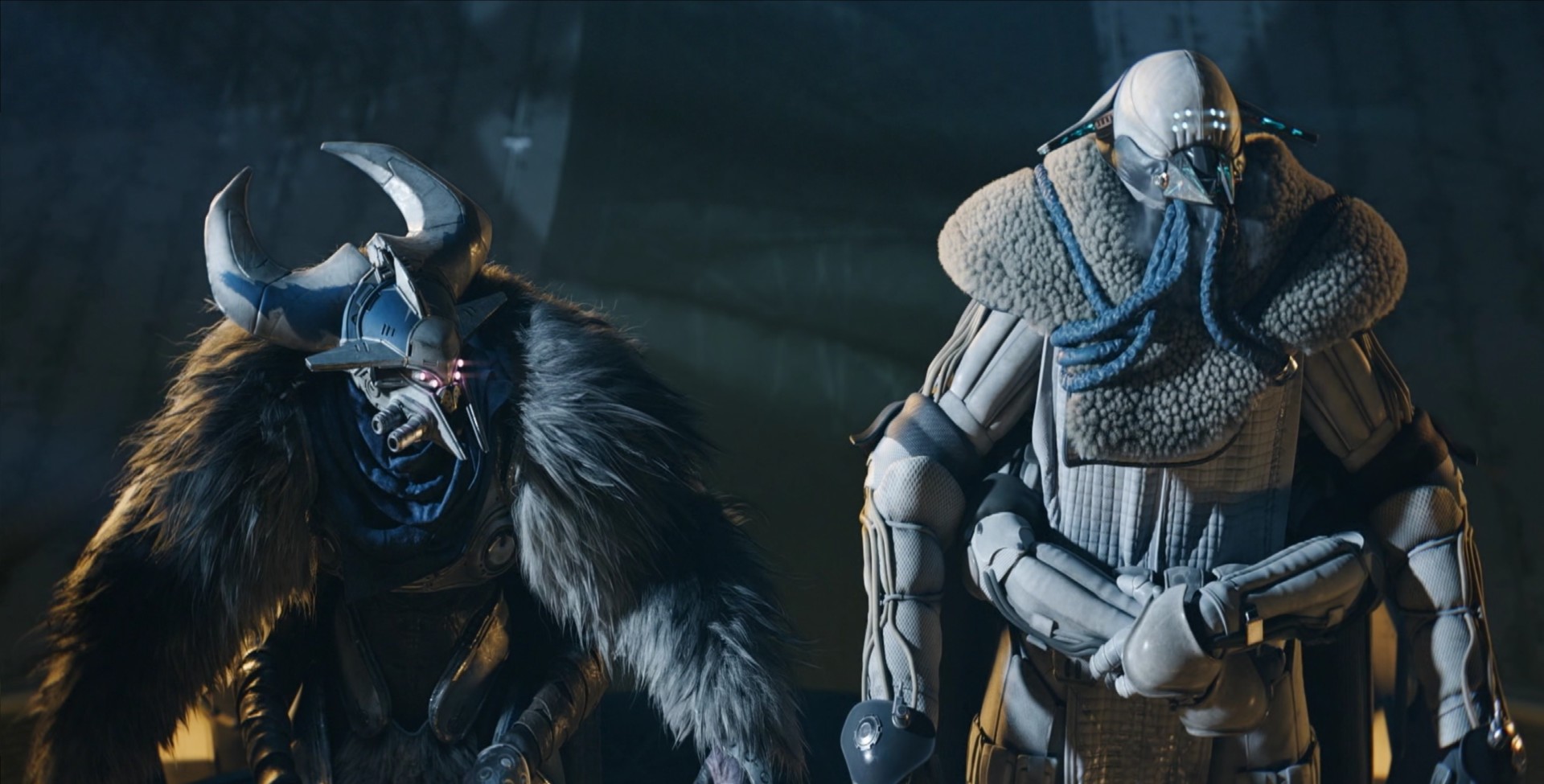 In Destiny 2: Beyond Light, Master Empire Hunts are the toughest difficulty that you can tackle in this particular activity. You’ll even get a pinnacle reward. Here’s our guide to help you out.

To unlock elected difficulty for Empire Hunts in Destiny 2: Beyond Light, you’ll first need to acquire the “Europan Explorer II” perk from Variks. You also need “Europa Challenges III” if you want to obtain the pinnacle reward from a Master Empire Hunt.

Here are the requirements:

Note 1: For other perk prerequisites, check out our Variks Sabotage quests/perks guide.

Note: If you want to do this with a group and you’re in an inactive guild, try to look for peeps via Destiny 2: Beyond Light’s companion app or the LFG Discord server. 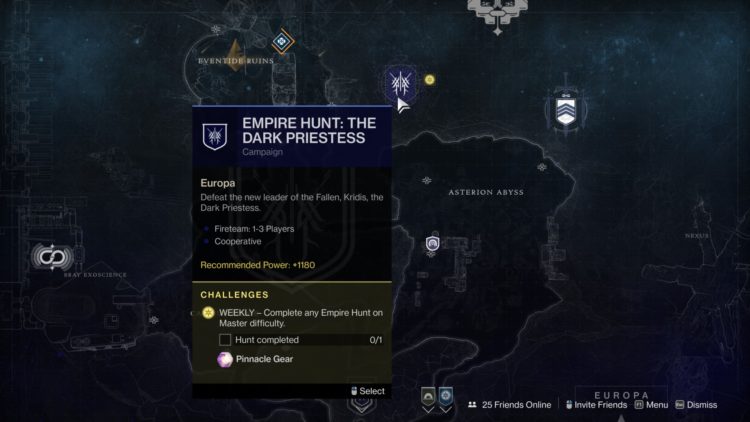 Anyway, make sure you keep the modifiers in mind. Here are the ones for the Dark Priestess Master Empire Hunt: 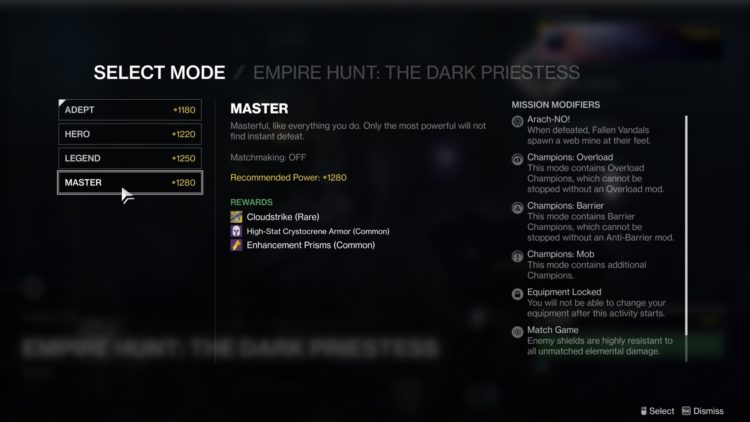 My advice is to use the Overload Rounds (auto rifle), Thermal Overload, and Surge Eater mods from the Fang of Xivu Arath artifact. Then, just equip a void auto rifle like Gnawing Hunger to deal with Void-shielded foes and Overload champs. As for Barrier champs, you can use The Lament exotic sword.

You could also pick the Stasis subclass and use Duskfield Grenades. When paired with Thermal Overload and Surge Eater, Overload champs within the freezing grenade’s field will get stunned and automatically replenish your grenades, too. 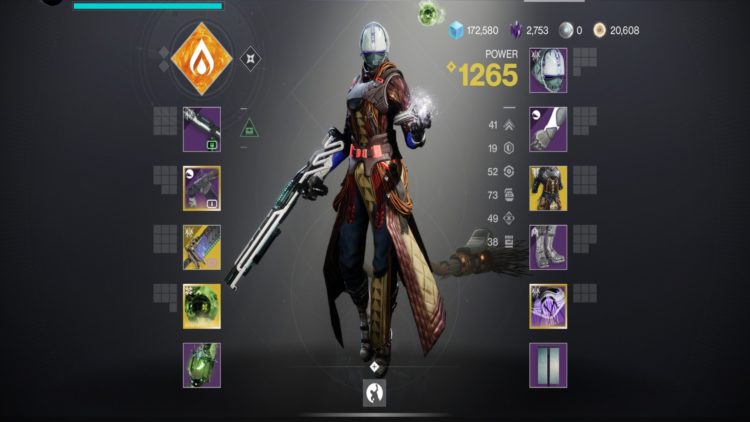 Once you team is set, go ahead and start the Master Empire Hunt.

Remember that the enemies here are 1280 power level (PL). You might want to grind for drops to reach the power cap. 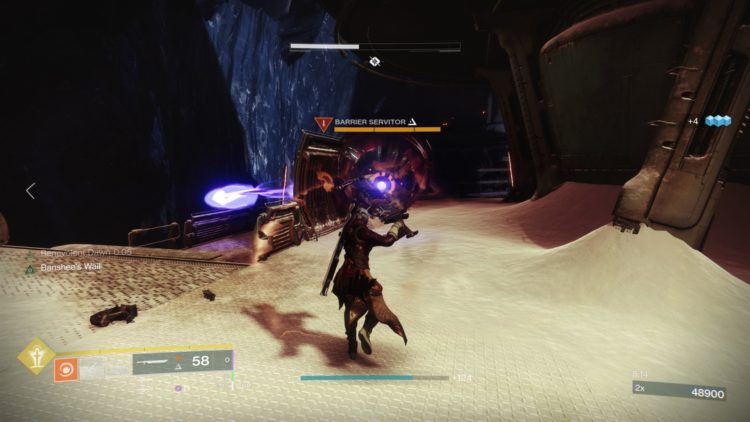 As for the boss itself, take it slow and steady. These bosses have multiple HP thresholds which means there’s an immunity phase anyway. If you succeed, you’ll get the weekly pinnacle drop from the activity.

Oh, and just so you know, the Cloudstrike exotic sniper rifle isn’t a guaranteed reward and the difficulty itself won’t affect the drop rate. If you want to grab the exotic, it’s better to farm the lower difficulties to speed up the process. 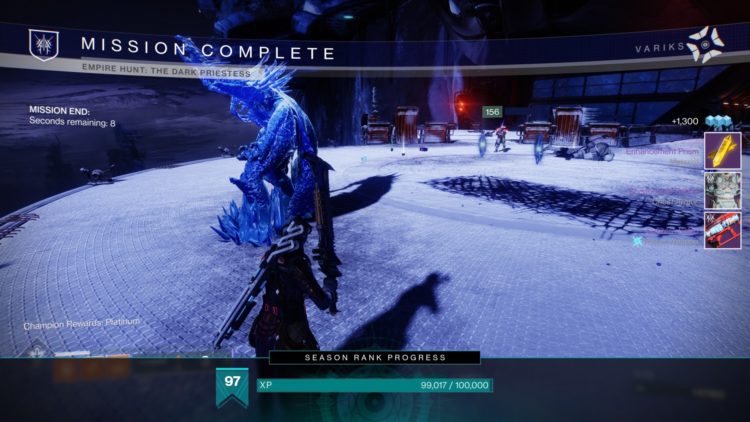