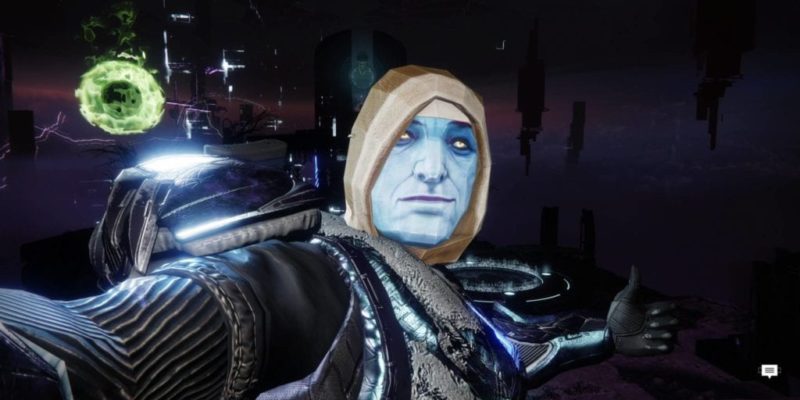 Destiny 2‘s annual Halloween-themed event is back. The Festival of the Lost will have you donning masks and going through the Haunted Forest once more. In Destiny 2‘s Shadowkeep expansion, the Festival of the Lost event will also see Guardians collecting candy and chocolate strange coins so you can grab the Braytech Werewolf auto rifle. There’s even a pinnacle reward for those who can complete its toughest challenge. Let’s delve into the details in this mini-guide. 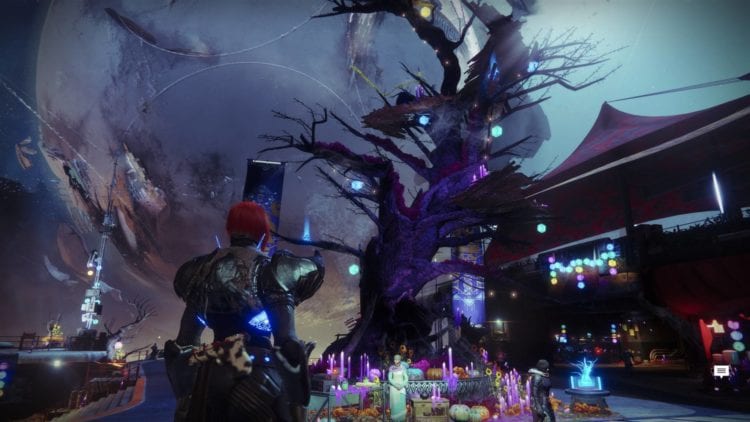 Destiny 2: Shadowkeep – The Festival of the Lost

After the short cutscene — we won’t spoil it, but it does give you a few insights into Destiny 2‘s evolving narrative — head to the Tower. You’ll see that everything’s been redecorated in time for the Festival of the Lost 2019 and Halloween. Speak to Eva Levante to get a new pursuit that asks you to complete a full run inside the Haunted Forest (more on this later).

You’ll see that Eva’s got several bounties and masks in her inventory. Bounties will award you with XP and chocolate strange coins. Completing loads of bounties is also one of the key triumphs during Destiny 2: Shadowkeep‘s Festival of the Lost event. 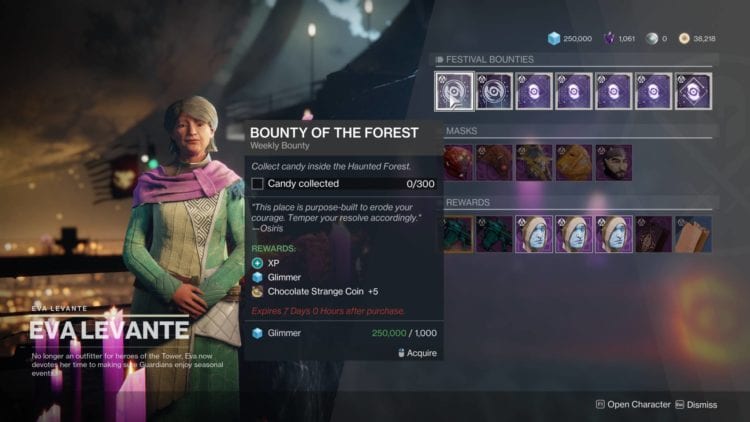 As for chocolate strange coins, you can use these to buy the masks that Eva’s selling. Grabbing all five will also net you the “Master of Disguise” triumph. Here are the available masks:

The main reward during Destiny 2: Shadowkeep‘s Festival of the Lost event is the Braytech Werewolf auto rifle. This kinetic weapon has the Zen Moment and Multikill Clip perks. It also comes fully masterworked. Eva’s selling this for 1,000 candies but you need to complete the aforementioned “Master of Disguise” triumph first. She’s also selling a Braytech Werewolf but with random rolls for 250 candy, 5,000 glimmer, and a handful of legendary shards. 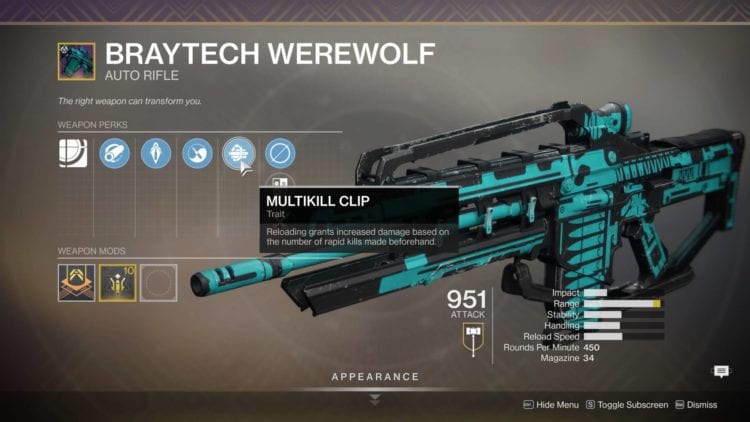 The Haunted Forest and collecting candies

You can go around the Tower to speak to various NPCs and they’ll give you candies. You can also climb the tree next to Eva Levante and you can obtain some extra chocolate strange coins. But, your main source of candies will come from enemies in the Haunted Forest. The location is as you remembered it along with two modes: one with matchmaking and one without (firewall version).

Note: Enemies you kill in various activities in Destiny 2: Shadowkeep can also drop candies and chocolate strange coins. The Altars of Sorrow public event on the moon, which is tied to the new Pit of Heresy dungeon, is a wonderful source of these items. You’ll have your Braytech Werewolf in no time. 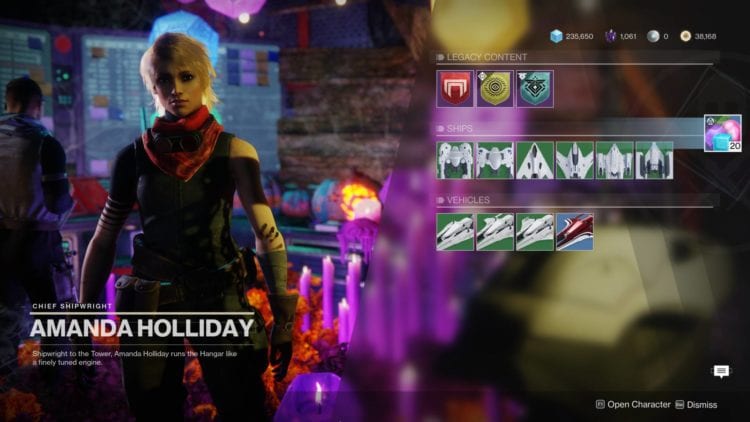 The goal inside the Haunted Forest is to clear out several mobs to make progress through its branches. You have 15 minutes in total from the moment the activity starts.

The Festival of the Lost 2019 helmets you obtain from Eva Levante do have unique mods that are only active in the Haunted Forest. These can increase your damage against certain enemies or give a higher chance of getting heavy ammo bricks. You’d want to have the event helmet equipped for the most part.

Each branch will have several enemies of different alien races, and there are also “daemons” that’ll prevent pathways from being unlocked until they’re killed. Branches will also have additional modifiers such as Blackout, Attrition, Glass, or combinations of these. Once you’ve attained 100% progress for a branch, you’ll be instantly teleported to a chamber to fight a “Terror” boss. Once the Terror boss in the first branch is killed, you can then go for the next branch and so on.

Some branches will also have an Unyielding Knight. This Hive sword knight cannot be damaged or killed, and it’ll slam its blade on your head if you’re not careful. In branches where Blackout and Glass are active, you can get instantly killed.

Note 1: If you die and you’re further ahead in a branch, do not respawn. Doing so will spawn you back at the initial area and you’d have to catch up to your teammates. 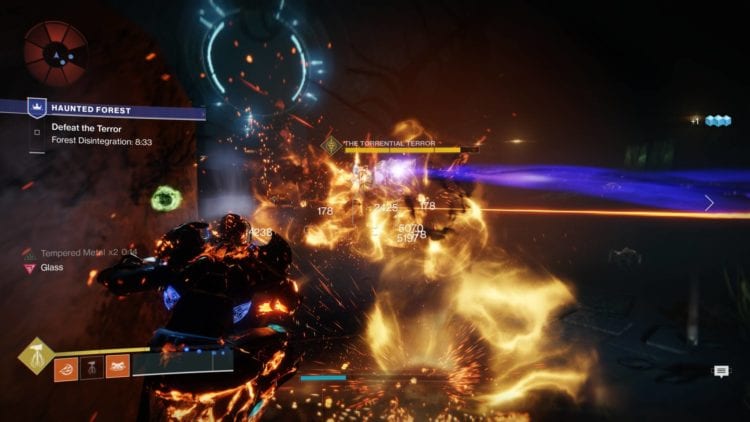 Note 2: Destiny 2: Shadowkeep‘s Festival of the Lost 2019 event will have a pinnacle reward that’s obtainable. You’ll need to clear nine branches in a single 15-minute Haunted Forest run. In order to do this, you should have an ideal loadout and, preferably, join up with a fireteam as opposed to matchmaking with blueberries. Your pinnacle reward will drop once the 9th branch’s boss is killed.

The goal is simply to burst each Terror boss immediately — an aerial charged Melting Point with Peregrine, followed by a Nova Bomb nuke. The Hunter will mostly generate orbs for teammates via the Tether. A teammate running with a void subclass should also use the Oppressive Darkness mod to debuff enemies and bosses with grenades. If you have someone using an arc subclass (ie. Striker), then the Thunder Coil mod will be beneficial as well.

Ideal Loadout: For add-clearing, you’ll want either the Loaded Question or 21% Delirium. Don’t worry about not having The Recluse (or a weapon with anti-barrier/overload mods) since champions aren’t part of the Haunted Forest activity. For boss DPS, you can’t go wrong with Izanagi’s Burden, Swarm of the Raven, Love and Death, or Wendigo.

Once your 15 minutes of fame are up, your fireteam will be transported to a wide area with a chest at the end. Watch out because, just like last year, the floors will collapse and you’ll be trapped below with a “Darkblade” sword knight. Make sure at least one fireteam member makes it to the end to open the chest so everyone gets loot. If a teammate opened the chest and you got trapped, you’ll find your loot with the Tower’s postmaster. 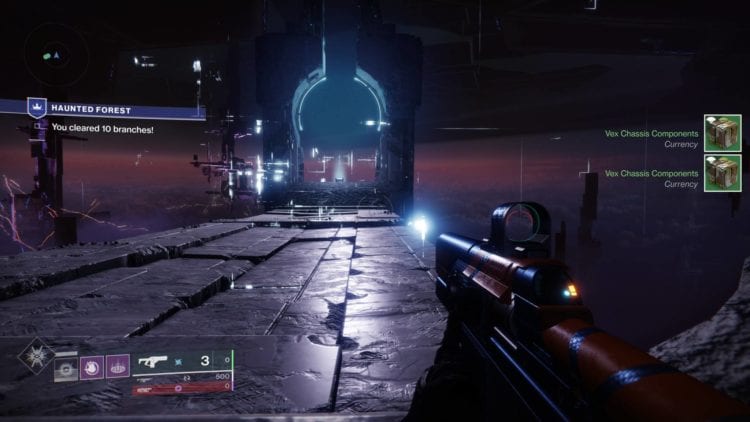 That does for our Festival of the Lost 2019 mini-guide. Don’t forget that the event runs from today until November 19 only, so make sure you’ve got time to complete everything.