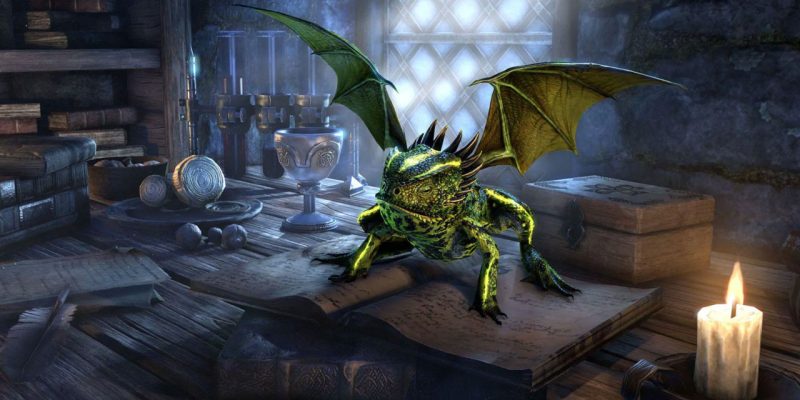 There are no doubt many adventurers that wish to experience more Elder Scrolls content with little else to do IRL these days. Fortunately, Bethesda and Zenimax Online have something to show now, and it’s nothing short of nostalgia inducing. The Elder Scrolls IV: Oblivion introduced fans to the fiery realm of Mehrunes Dagon and showed players the cataclysm that the Daedric Prince was capable of unleashing on Tamriel. Many surely lend a sense of reverence to this particular antagonist, which makes the Gates of Oblivion expansion for The Elder Scrolls Online particularly significant.

At 5 PM ET today, Bethesda will stream a formal reveal of the expansion via Twitch. Tune in to see some of the higher-ups at the company talk about the new adventures, stories, systems, and characters coming to the game. There are sure to be some juicy details worth learning about, but Bethesda intends to sweeten the deal with some Twitch drops as well. You can expect an Ouroboros Crown Crate and the all-new Viridescent Dragon Frog pet just for watching the presentation while logged in. Just be sure to link your accounts so that you can receive the in-game rewards.

Expect a deep dive as well

Once the main reveal event concludes, the project leaders will hand things off to additional members of the development team to provide detailed explanations of everything new coming to the game in the first half of this year. We’re not sure if that alludes to a release date in the not-too-distant future. Bethesda stated in The Elder Scrolls Online press release that “Destruction comes to Tamriel in 2021 with the Gates of Oblivion year-long adventure.” At any rate, we’ll find out in a matter of hours.

It’s exciting to get some more Elder Scrolls content that harkens back to the older days of the franchise. While the series goes back much further than Oblivion, there are many who may not have even experienced The Elder Scrolls IV from 2006. This will be their chance to dip their toes into the fires of Oblivion. Here is the original teaser below.