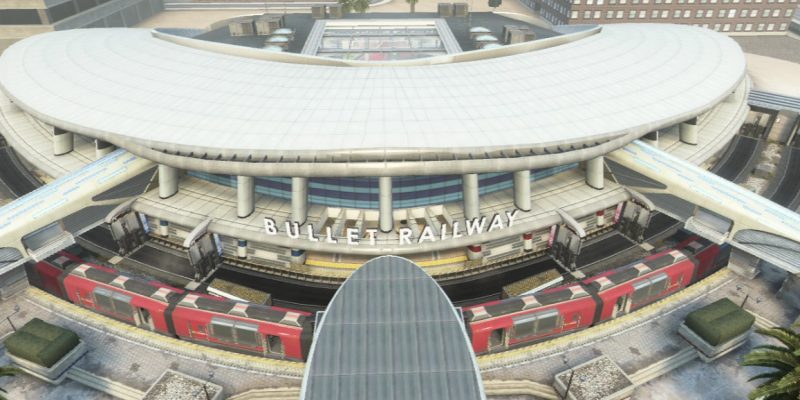 Yesterday, we reported that Zombies mode in Call of Duty: Black Ops Cold War is finally getting some attention. That comes in the form of a proper new map, Firebase Z, which launches February 4. Shortly after that though, developer Treyarch revealed that Firebase Z is part of a bigger “Season One: Reloaded” update. This has now become as big as yesterday’s mid-season content drop, and a fan favorite map is coming back.

Treyarch is diving back into the Black Ops 2 catalog once again, just like with Season One’s Raid. This time, Express has been pulled out of the hat for Cold War, a classic map from the second Black Ops title. As was typical with most maps from that game, it’s a close quarters affair, with a small train station flanked by a track featuring a fast moving train. Personally, that train splattered me numerous times back in the day, so it’s worth having your wits about you here.

While we initially thought Firebase Z would make up the bulk of the next update, that doesn’t seem to be the case. Not only is Express returning, but Season One: Reloaded has its own roadmap. The Zeyna operator kicks things off on January 21, before Express and Firebase Z enter the fray on February 4. Then, Season One looks to be closing out with the additions of League Play and other MP modes, unless Treyarch decides to create another bloody roadmap. 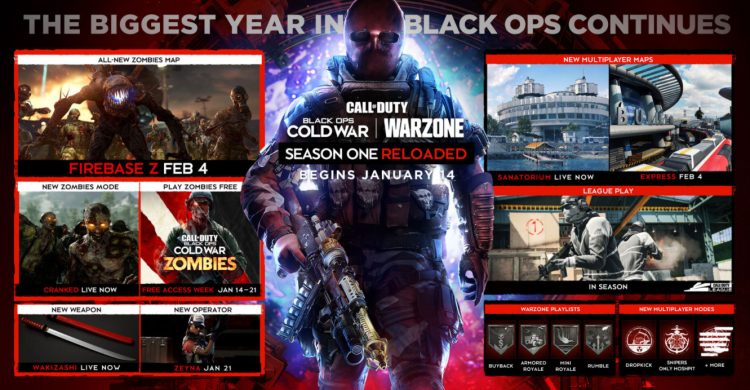 The here and now

It’s not all about the future though. The team has just unleashed the game’s first mid-season update, which contains new maps, modes, and more. Double weapon XP has also gone live for this coming weekend, to coincide with the Zombies Free Access week for Black Ops Cold War. This free access allows all players to jump into the game’s first Zombies map for a full week, from January 14 to January 21.

Express, along with the other Season One: Reloaded map, Firebase Z, goes live February 4 in Black Ops Cold War.