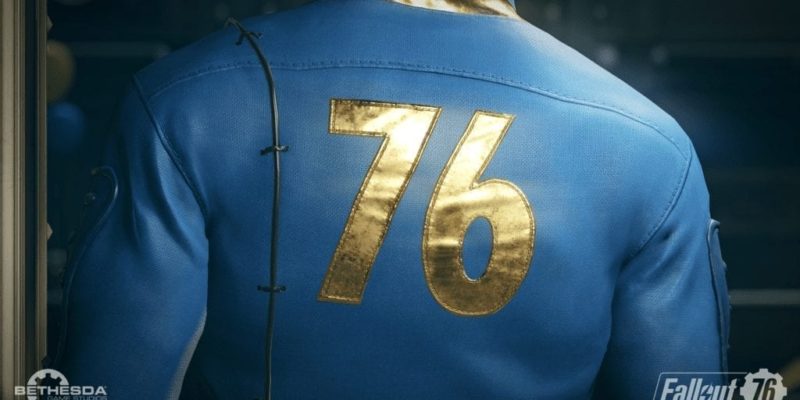 Before you ask, no, Bethesda still isn’t selling Fallout 76 on Steam. However, that doesn’t mean it won’t be sold anywhere but Bethesda.net. Today, you can purchase Fallout 76 and its Tricentennial Edition at Microsoft’s official store.

The two editions in question are under the store’s disc PC games section. Which, of course, means the store is offering the physical copies up for pre-order. The special edition of the game comes with some fancy exclusive add-ons, if you’re into digital swag.

From the Microsoft store:

Bethesda Game Studios, the award-winning creators of Skyrim and Fallout 4, welcome you to Fallout 76, the online prequel where every surviving human is a real person. Work together, or not, to survive. Under the threat of nuclear annihilation, you’ll experience the largest, most dynamic world ever created in the legendary Fallout universe. Tricentennial Edition includes bonus in-game power armor and weapon customization, outfits, decorations, and an emote.

Fallout 76 is is priced at the typical $59.99, while its Tricentennial Edition (with an EMOTE) is going for $79.99. For the physical disc release, we can safely presume that once installed, the game will open via Bethesda.net launcher.

Bethesda is standing by its decision to only offer the Fallout 76 beta and final release on Bethesda.net. “The PC version of Fallout 76,” a Bethesda rep told PC Gamer, “for both the [beta] and the launch, will be available only via Bethesda.net, not on Steam.”

Speaking of the beta, it will go live in October. The first invites will go out to those who pre-order the game.

Fallout 76 is the series’ first foray into always-online multiplayer gaming. The game boots players out of Vault 76 and into the uncharted wastelands of a post-apocalyptic Virginia. Upon the desolation you hunt, gather, and craft among friends. Or enemies. Though, enemies may have a difficult time with the newly revealed revenge system.

Check out Fallout 76 when it launches this year for consoles and PC on November 14.