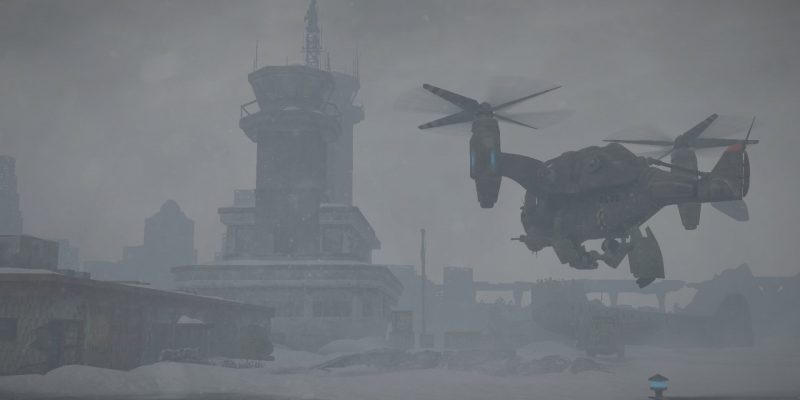 Players waited what seemed to be ages for The Frontier mod for Fallout: New Vegas to release, but its arrival was bittersweet. One unsavory individual involved on the project put a huge black mark on the mod’s reputation recently by adding illicit pedophilic content. The team’s response was to immediately pull the The Frontier from Nexus Mods, which left many wondering what would come next. Fortunately, The Frontier mod is available again for Fallout fans to download and enjoy, following the removal of all the inappropriate content. The team is also doing its best to manage the situation.

Project leader Tgspy posted a response today regarding the incident and affirmed their stance against the former artist involved in the controversy. Tgspy revealed that the team’s reasoning for pulling the mod temporarily was to perform an immediate purge of the content attributed to the artist. ZuTheSkunk is the artist in question, and players will discover that they are no longer credited for their work on The Frontier. For the meantime, the team implemented placeholder content for everything Zu contributed. It will eventually source new talent to replace the assets.

Unfortunately, the bad news doesn’t end there. Several other members of the team decided to disassociate themselves from the mod. Likewise, they requested their contributions be removed. This leaves the mod in an unfortunate state of incompletion, but it’s all in good ethical practice. Nobody wants to be associated with such disgusting behavior, so their wishes must be respected.

Tgspy also stated that the team removed several other controversial aspects of the mod, as they pertained to slavery. That content wasn’t associated with ZuTheSkunk, but it was deemed a necessary revision in light of the other controversy. It’s unclear as to why these dialogue lines made it into the game in the first place. It could have simply been due to a lack of oversight given the mod’s huge scope.

At any rate, The Frontier mod for Fallout: New Vegas does feature a lot of cool things and may be worth a look. If the team can get past these issues, it could still go down as one of the better Fallout mods. You can check out the mod for yourself at Nexus Mods and keep up with updates there.