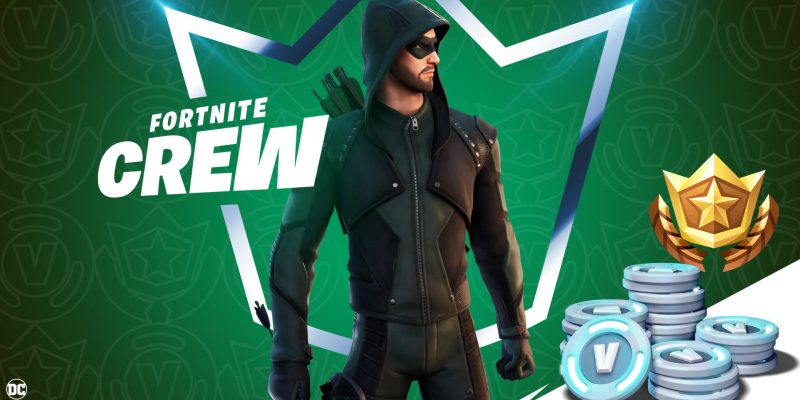 The Fortnite Crew is an in-game subscription service which provides fans with various benefits. However, when it launched in December 2020, it did face some criticism. It is fair to say that the system had a rocky start. Once subscribed, players did not receive their promised V-bucks and their subscription appeared to not be active, for example. Now, as an apology, Epic Games are giving players who have a Fortnite Crew subscription a free emote.

The exclusive emote was shared by Fortnite leaker HYPEX on Twitter. It appears that the free Fortnite Crew emote will be a handshake. You will be able to perform the handshake with another player, fitting with the Fortnite Crew theme. To claim your free emote, all you have to do is be a subscriber and sign in to the game between now and February 15. It is important to note that it can take up to 48 hours for the emote to appear in your locker.

Fortnite Crew members will receive the "Members Only" Emote upon logging in anytime from now until February 15. pic.twitter.com/1H0w3fKbhE

The latest Fortnite Crew pack awards players with the DC Green Arrow skin, the Tactical Quiver back bling, and Boxing Glove pickaxe. It is promising to see the developers reimbursing players who have suffered numerous issues with the service. Also, a free emote is always a welcomed addition to your locker.

The Fortnite Crew Subscription service is still fairly new. Therefore, it is certain that Epic Games will continue to improve and update the service. To keep up with bugs and glitches that the developers are working on, you can visit the Fortnite Trello Board.

Meanwhile, a variety of new content has arrived to the battle royale following the recent update. Included, is a brand new exotic weapon, known as the Hop Rock Dualies. Moreover, Predator’s ship has landed in the game, hinting that the character will make an appearance in the future.