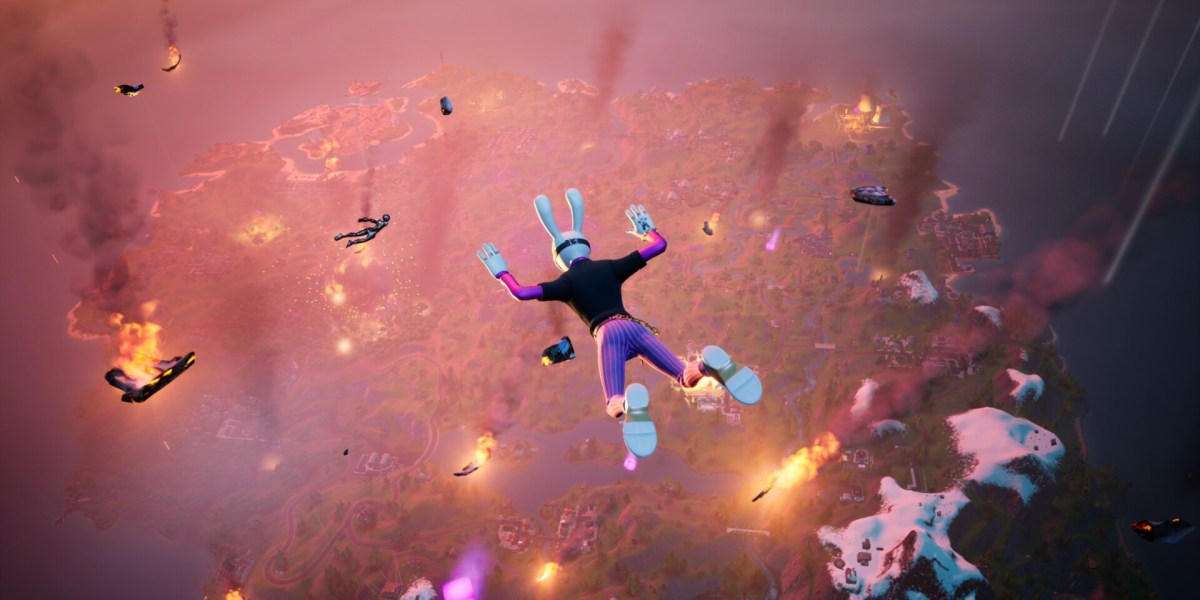 No matter which game you play, the goal of any battle royale is to be the last player (or team) standing. Compared to other titles in the battle royale genre, Fortnite is unique in some ways. This is mainly down to its building mechanic, a fundamental part of the game. You can use your resources to build cover, establish some high ground over an opponent, and more. However, this could be about to change, as a leak suggests a Fortnite “No Build” playlist is being worked on by Epic Games.

As the game has progressed, so have player’s building skills. At the start of the game, not many players knew how to build properly, and the feature took a while to master. Now, building is more intense than ever before, making the game less of a casual experience. Often, you can find yourself in never-ending build battles, rather than eliminating a player through a good, old fashioned gunfight.

A Fortnite dataminer named GMatrixGames shared an image on Twitter relating to the alleged new mode. The image contains the text “No Build Duos,” and the dataminer says the developers are testing this as a playlist. Already, the Fortnite community has expressed its support for this mode, with many hoping that there’s some credit behind the leak.

The leaked Fortnite “No Build” playlist would see a fresh experience

Although the image looks like it could be legit, the leak should be taken with a pinch of salt. Without any confirmation from Epic Games, we can not say for certain if a no build playlist will be added into Fortnite Season 8 or beyond. With that being said, it is likely that it will be popular among fans who desire a more traditional battle royale experience with the game. Ultimately, it would completely change huge parts of the game such as one-on-one fights, and how players rotate to the next circle.

Epic is testing a "No Build" playlist pic.twitter.com/8MvRocfZCU