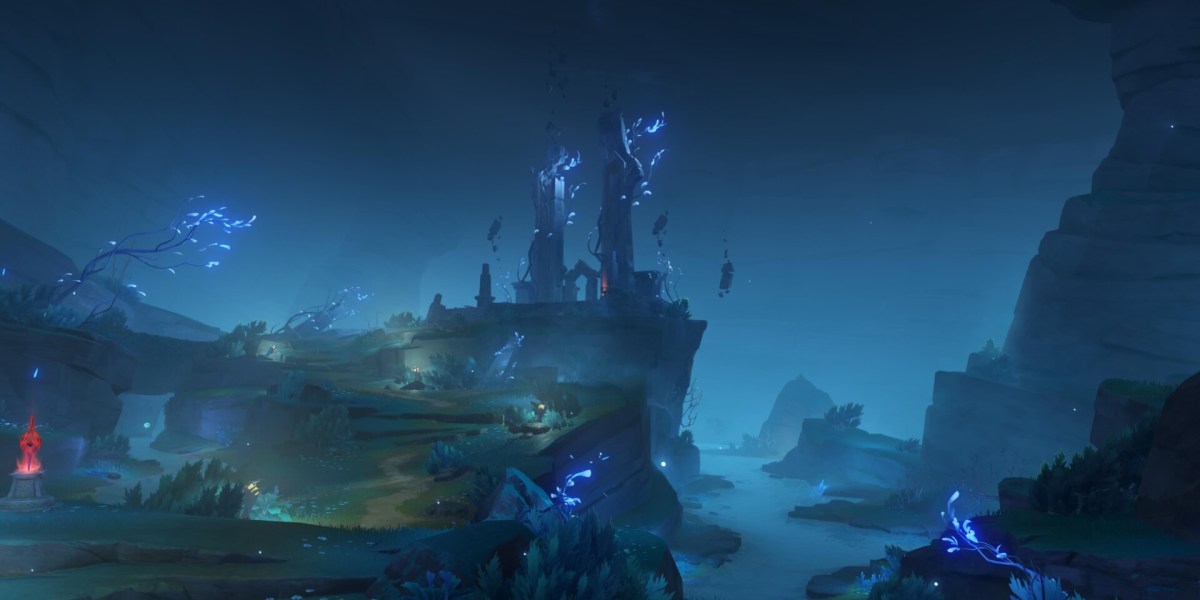 So, you’ve completed The Still Waters Flow quest and you’ve jumped down the whirlpool to Enkanomiya. There are more challenges that await you in this zone, including a long trek to explore new locations. Here’s our Genshin Impact Enkanomiya guide to help you with the Entrance to Tokoyo, meeting Enjou, and acquiring the Golden Bridle.

After jumping down the whirlpool, you’ll see several mobs such as Bathysmal Vishaps and new variants of Specters. Eventually, you’ll watch a short cutscene showing ancient ruins. This is the Entrance to Tokoyo, and you need to find five clues.

Mind you, this is part of a separate quest called From Dusk to Dawn in Byakuyakoku. Make sure you’re tracking that so the locations appear on your screen. 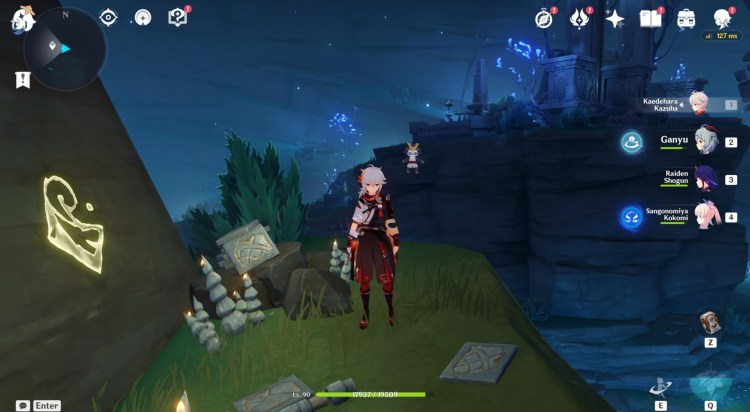 When you’re done, follow the narrow pathway. Ignore the side passages and challenge markers for now since we just need to reach the end. 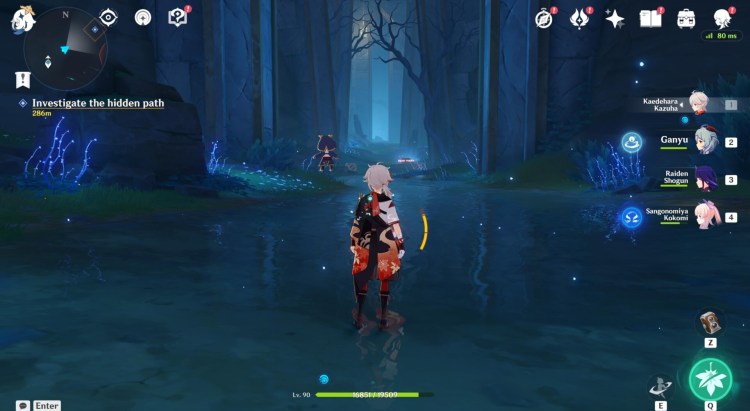 This is a massive area with several floating islands. However, because you haven’t seen a Statue of the Seven, the layout can be a bit confusing.

I suggest continuing onward and following the marker. You can ignore most of the features (i.e., challenges and Sigil collectibles since we can grab them later). Do tag the fast travel points that you come across, and beat up the mobs that guard treasure chests along the way. 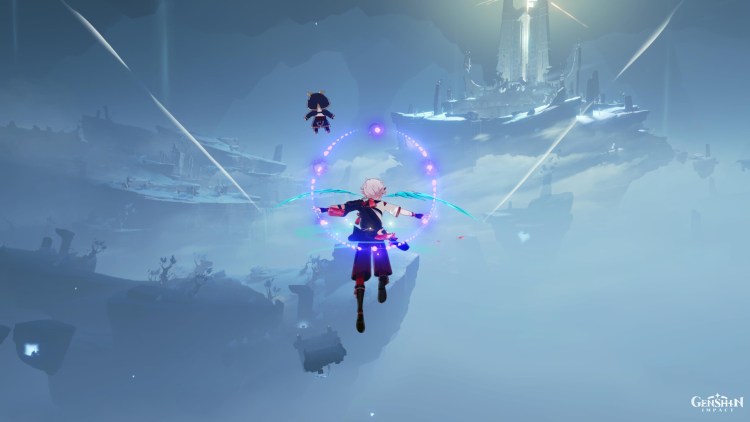 In a short while, you’ll reach an old temple with a Triangular Mechanism. These can be activated by damaging them up close. 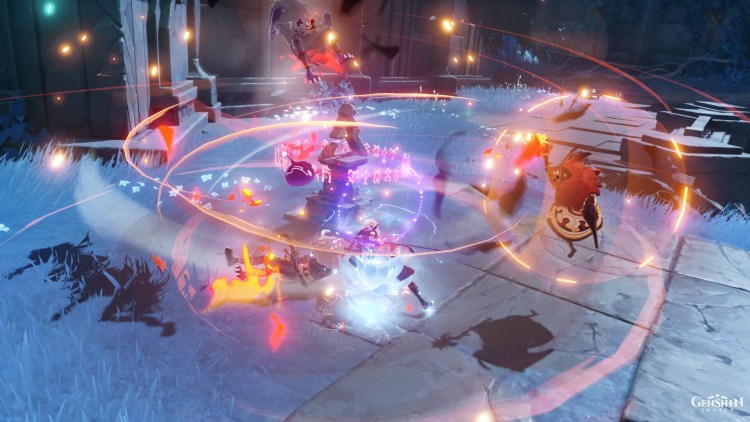 Inside the temple, you’ll meet a researcher named Enjou. There’s something fishy about this guy because we don’t actually know how he got here. Anyway, interact with the mural behind Enjou to reveal the Enkanomiya world map in Genshin Impact. Next, follow the marker as usual until you reach the opposite side of the landmass. You’ll find another ancient temple here, as well as a fast travel point.

Damage the two Triangular Mechanisms nearby (the one near the fast travel point and the other one at the opposite side). This will cause the walls to move, allowing you to open the chest with the Golden Bridle. 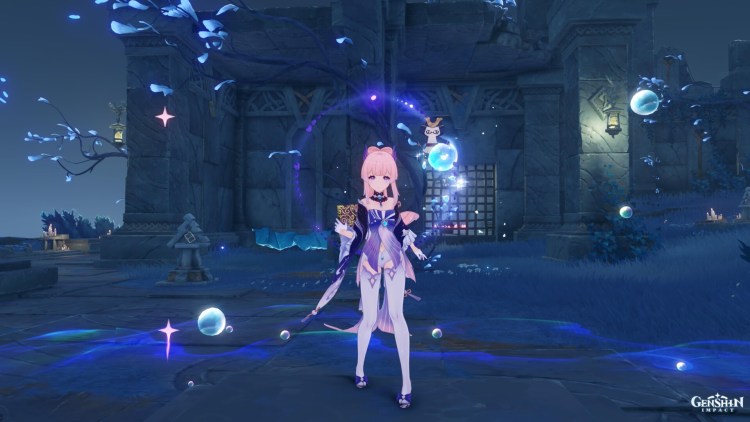 Return to Enjou when you’re done and head to the gargantuan shrine in the middle of Enkanomiya (follow them as you loop around). Eventually, you’ll arrive at the Dainichi Mikoshi shrine.

What’s next? Well, you’ll learn about the Whitenight and Evernight puzzle mechanics. Moreover, you need to find fragments in Evernight Temple, Serpent’s Heart, and The Narrows. 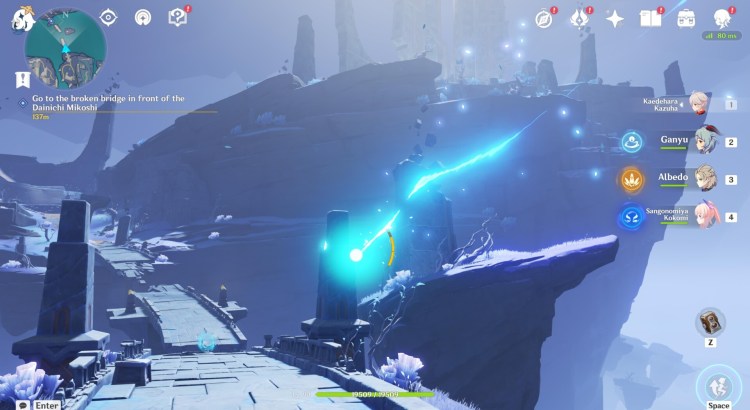 Genshin Impact: How to unlock Enkanomiya

How to upgrade weapons and equipment in Fire Emblem Engage

By Leo Gillick3 days ago
Guides