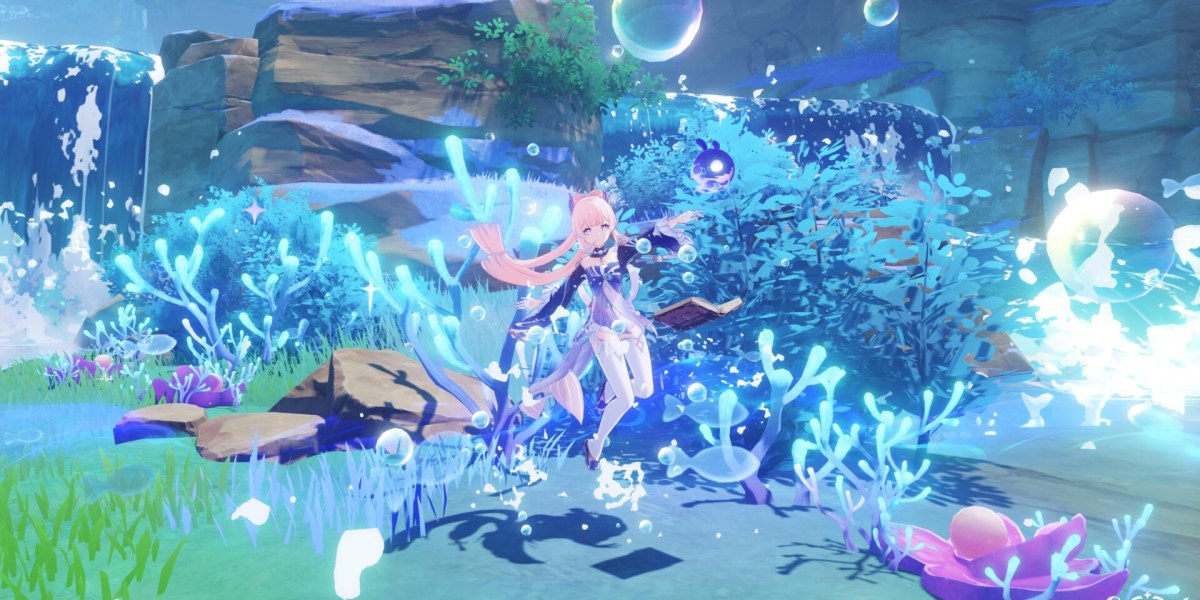 Sango Pearl, similar to Amakumo Fruit, is one of the new materials that’s been added as part of Genshin Impact‘s 2.1 update. Unlike Amakumo Fruit, though, these items are only found in one location: Watatsumi Island. They’re needed by a character named Sangonomiya Kokomi. Here’s our Genshin Impact Sango Pearl farming locations guide to help you with the Sangonomiya Kokomi’s character ascension material.

Note: For more information about the game, check out our Genshin Impact guides and features hub, as well as our version 2.1 overview. Likewise, you can take a look at our character build guide for Sangonomiya Kokomi.

If you take a look at the featured image of our Genshin Impact Sango Pearl farming locations guide, you’ll notice that the object itself can be found in pink-colored shells. These are easy enough to spot in the wild, and a vast majority are actually seen when you’re exploring the small landmasses and lakes in the central portion of the region. Although you can find 30 Sango Pearl just by roaming around, there are a few others that require a bit more effort. For instance, the eastern section of the map above shows you that there are eight nodes. However, you can only reach this area if you complete the Moon-Bathed Deep world quest. In the end, you’ll solve the Heart of Watatsumi puzzle inside this cavern that has several of these materials. The other location is Suigetsu Pool on the northeastern edge of Watatsumi Island. There are five Sango Pearl nodes here. The ruins down below can only be accessed by solving the Suigetsu Pool domain puzzle. While you’re here, you might as well finish the relay stone puzzle as well.

Anyway, that does it for our Genshin Impact Sango Pearl farming locations guide. Make sure you pick up lots of these if ever you plan on pulling for Sangonomiya Kokomi. Likewise, don’t forget that you’re going to need Dew of Repudiation from the Hydro Hypostasis and Spectral drops from Specter mobs. 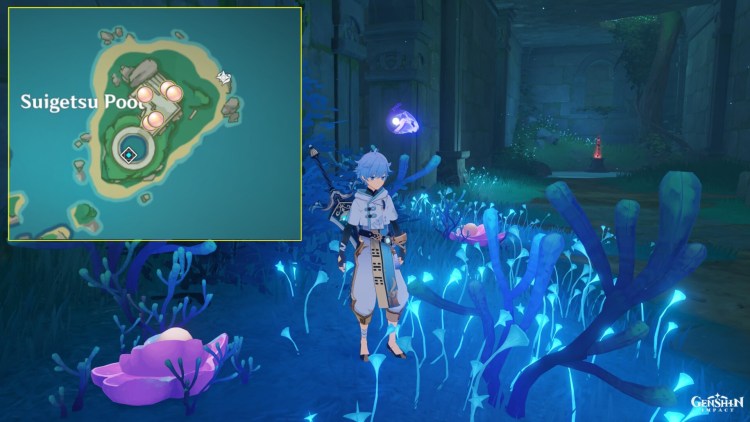 By Jack Salter1 min ago
Guides