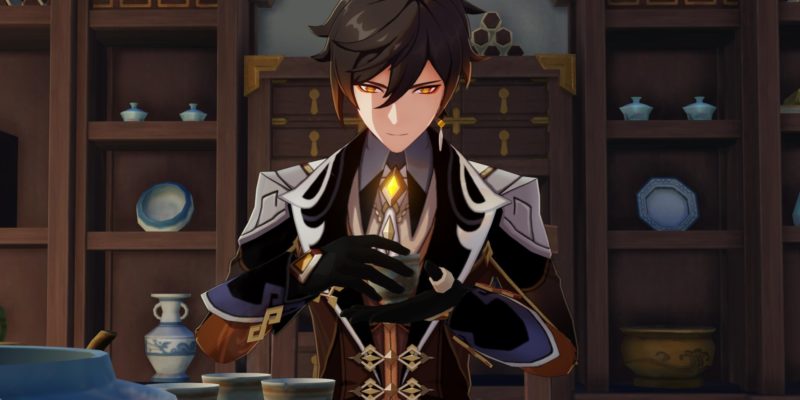 Genshin Impact, the free-to-play, open-world RPG has taken the world by storm since it launched in late September. Although it’s gotten a lot of praise, the game and its developer, miHoYo, are currently under fire due to one of its characters, Zhongli.

Zhongli was introduced as part of update 1.1. He became available a week ago in a new Wish banner (Genshin Impact‘s “gacha” microtransactions). As a 5-star character, and one who’s featured in quests, players expected Zhongli to be an absolute powerhouse. Well, he isn’t.

Various posts on social media, including the Genshin Impact subreddit and miHoYo’s Chinese forums, have seen players up in arms about the Zhongli debacle. A general consensus is that Zhongli’s fairly weak compared to other 5-star characters.

Then, you also have to consider that trying to obtain a 5-star character via Wish microtransactions can be a huge investment. Indeed, with Genshin Impact‘s “pity system” — guaranteeing a 5-star character within every 90 wishes that you make — one would think that the reward is worthwhile.

Unfortunately, it seems the character himself only shows his true potential much later once you’ve unlocked all his constellations (i.e., C6). This actually requires you to obtain multiple duplicates of him from the “gacha” game. He’ll have a hard time becoming viable without all these constellation perks in mind. 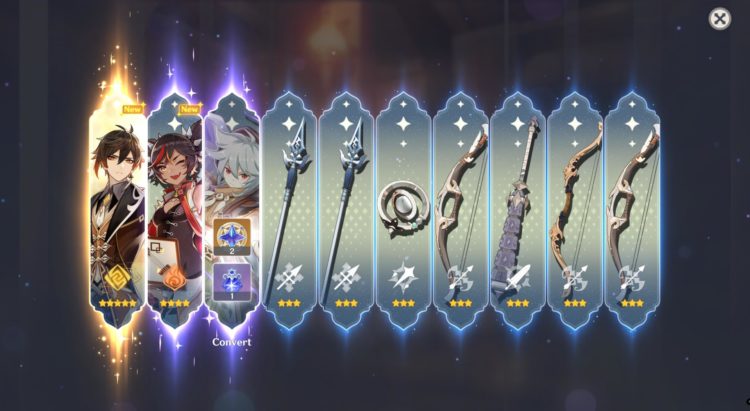 I do have Zhongli already. In fact, it took me seven 10-Wish pulls (70 Wishes) to obtain him. Prior to getting him, Razor, and Xinyang on my seventh and final Wish, I actually ended up with no less than five Chongyuns. This occurrence even prompted me to wonder if there was an issue or bug since it was so unbelievably rare to obtain the same 4-star character multiple times in a row.

Anyway, upon doing some testing, I found Zhongli underwhelming, too. At no point in time did he occupy a place in my main group (or even in an alternate group for the Spiral Abyss). If ever I’m farming Abyssal Domains in multiplayer, I’m more likely to use someone like Venti or Qiqi who seem more valuable to any team composition. For those I team up with, I’ve rarely noticed Zhongli playing a major role that could turn the tide of any encounter.

Furthermore, a key factor that emphasizes the Zhongli disappointment is that, like Venti, he’s an archon. They are embodiments of elemental gods in the world of Teyvat. Seeing the capabilities of Venti and other 5-star characters already sets an expectation that these peeps are supposed to be head and shoulders above the rest, even in support roles. Likewise, given Genshin Impact‘s endgame focus on high-DPS nukes and elemental combos, someone whose damage doesn’t scale as well as others, mostly relying on shielding teammates, tends to take a backseat. 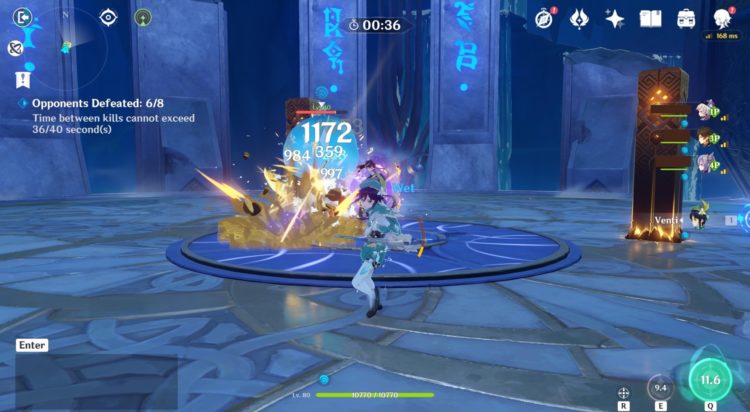 In any case, miHoYo has provided an answer in a recent post:

From a design standpoint, these two features [Zhongli’s elemental skill and ultimate] enable [him] to fulfill his role as a support character, and from a review of actual game data, we have discovered that Zhongli is, in fact, effectively improving Travelers’ survival capabilities.

In terms of developing Zhongli and improving his abilities, Zhongli is a character who principally receives HP-related benefits, unlike some other characters who are focused on improving DMG. The main way in which HP improves Zhongli’s abilities is by helping him to survive. In contrast to high DMG-dealers, Zhongli’s role is to provide secure and stable protection for the party in all manner of combat environments.

The takeaway here is that miHoYo is deadset on keeping Zhongli’s capabilities as is, at least for now. It remains to be seen if player feedback and community uproar will make the developers buff him significantly. Furthermore, it presents additional doubts. Since Genshin Impact players spend lots of primogems or genesis crystals (from real-world money) trying to grab 5-star drops, the Zhongli debacle might make people think twice about gunning for these new characters. Instead, it might be better to wait and see if they’re viable in the long run to avoid future disappointments.

We have recently received a lot of feedback from Travelers regarding issues with the character Zhongli.

We'd like to take this opportunity to have a conversation with everyone — to share our thinking on Zhongli:https://t.co/rorKTn4ILD#GenshinImpact #Zhongli pic.twitter.com/XzzczB0pC0