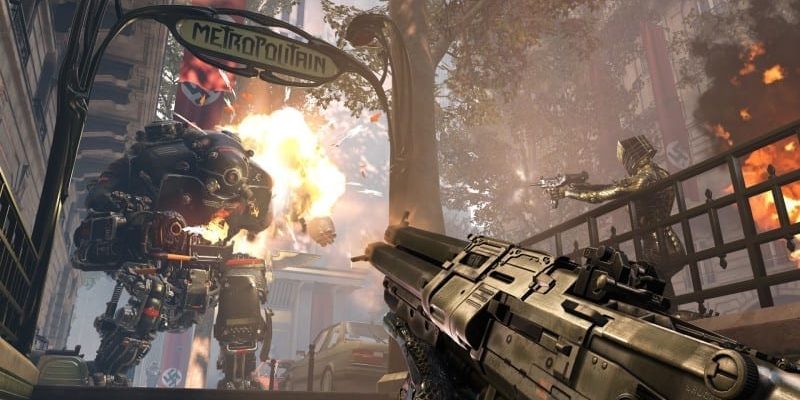 Game seller GOG.com is holding a week-long Bethesda Publisher sale. With price drops up to 75%, the CD Projekt-owned website is selling DRM-free games from all across Bethesda’s catalog. The sale also finally debuts titles such as the Dishonored series and recent Wolfenstein games to the GOG store.

Starting from today, GOG.com will sell a whole host of Bethesda games. In the Fallout series, a notable absence is that of Fallout 4. Additionally, Fallout 76 is logically missing. Not that that would be a good deal even with steep discounts.

Dishonored is finally making its debut on GOG with all previous entries in the series. For a mere $21 USD you’ll be able to get the entire stealth/action game collection — including all DLC — in the franchise. Of course, everything can be bought individually as well.

Rather shoot some Nazis? GOG has you covered there too, as they introduce Wolfenstein: The New Order and The Old Blood for the first time to their store. You’d be better off buying the double pack, as it will give you a few dollars’ discount. Of course, if you’re old-school, then Wolfenstein 3D and Return to Castle Wolfenstein are also available.

Speaking of old-school, both the DOOM and Quake series are covered in the Bethesda sale as well, though it does not include the latest entry in the DOOM franchise. So whether you’re a fan of ‘90s RPGs, ’00s first-person shooters, ‘10s stealth/action games, or a mix of those, the Bethesda Publisher Sale has something for every taste. The question is whether there is anyone in the world who doesn’t have these games yet. After all, Bethesda Sales are not all that uncommon.