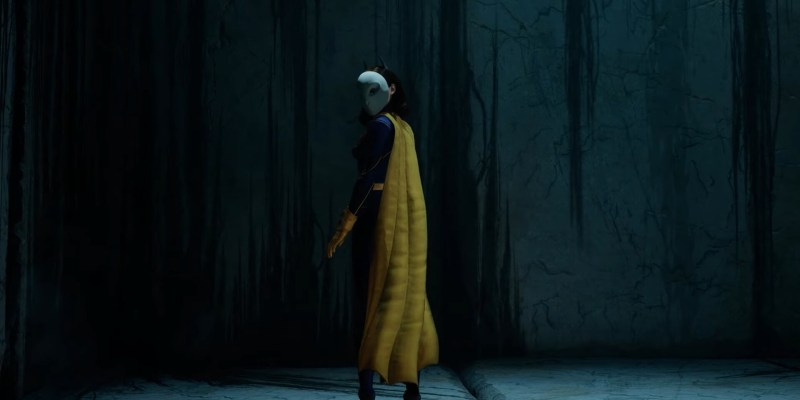 DC Fandome 2021 delivered once more with a story trailer and inside look at the Court of Owls for the upcoming Gotham Knights. The multiplayer co-op action title was revealed at last year’s show, along with Rocksteady’s Suicide Squad game — which got a trailer earlier today. Gotham Knight‘s story trailer today, however, is still packed with some beat ’em up action. But this time, things get a little creepy with the introduction of the antagonist group, the Court of Owls. Following the trailer, DC also released a behind-the-scenes video introducing you to the Court.

For those not aware, the Court of Owls showcased in Gotham Knights is inspired by a Batman comic run. Batman: The Court of Owls unveiled a secret society of Gotham elites that pulled the strings from the dark. Both the comic series and Gotham Knights share a similar story, in which the Court of Owls was thought to be a myth. There will be clear differences between the comic and the game, of course. For one, in the game Batman is apparently dead and gone, leaving his Bat-kids to take on the Court by themselves.

In the Gotham Knights story trailer (which is all cinematic), we see the Bat family doing just that. The video is certainly eerie, lending the Court of Owls an almost a supernatural appeal. This mostly isn’t true. But the Bat-kids — consisting of Robin, Batgirl, Red Robin, and Red Hood — still have their hands full with the Court’s protectors. The trailer showcases the guardians, called The Talons, as they scurry over walls and attack the heroes using their claws and unnatural agility.

Gotham Knights, a look at the Court of Owls

Following the trailer, we got a another video that dives into the history of the Court. The video brings in the Court of Owls creator, Scott Snyder, as well as comic book artists, Jim Lee and Greg Capullo. They’re joined by Gotham Knights Narrative Director Ann Lemay, and the creative director, Patrick Redding. Together, they talk about the comic story, as well as the challenges faced when bringing the themes and narratives to the world of video games. You can check it out below.

Gotham Knights was delayed until 2022, and doesn’t have an exact release date as of yet. The game does now have a Steam page, though, so check it out for more information and some shiny screenshots.

By Sam Robins39 mins ago
News