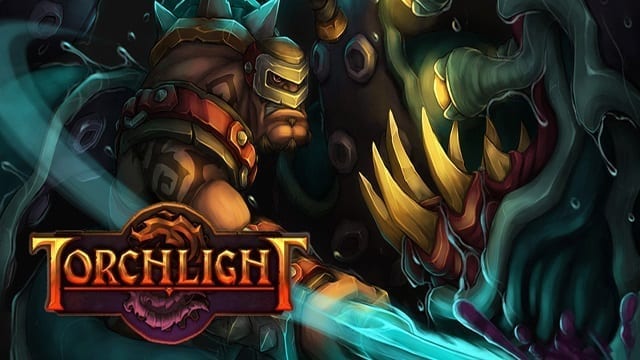 Last week, we had a chance to grab a free copy of Overcooked from the Epic Games Store weekly giveaway program. Before that, we had Last Day of June, Rebel Galaxy, and Enter the Gungeon. This week, we get a game that’s already a classic indie action-RPG, first released in 2009: Torchlight by Runic Games. So head over to the Epic Games Store and snatch your free copy from now till next Thursday. The game available for free next week will be Limbo, also a classic indie title by now.

As far as Diablo-likes go, Torchlight is right up there with Path of Exile and Grim Dawn. Sure, the art direction may be a little cartoonish, but the gameplay foundation is as solid as those games. Torchlight is an enclave founded on the discovery of rich veins of Ember, which is a rare and mysterious ore. It has the power to enchant or corrupt everything that it touches. Seeking to possess its power, legions of monsters and twisted creatures began to swarm into the tunnels and caves underneath Torchlight. And so you must choose one out of three heroes to delve into the maze of caves in search of treasure and glory.

Torchlight: There and back again

Torchlight features seven handcrafted environments with randomly generated monsters, treasures, puzzles, and items. Every time you embark on a new adventure, you can expect a new combination of different monsters and so on. The game also offers mod support through TorchED, which allows players to modify and customize their gameplay experiences, even creating something entirely new to explore and share with other players. And if you get tired of all the killing and looting, you can always take a break and go fishing. Your catch will then follow you along your journey and help you out. Solo adventuring can be a bit lonely, so a faithful companion is always welcome. Your pet will carry items for you and help you in battle. And if you catch the right fish, they might morph into powerful allies.

The game also features a “retirement system” that offers some replay value. Once you finish a playthrough, the adventure doesn’t have to end there. Your hero can retire and pass down a prized item imbued with unique attributes, which your new hero can inherit. Torchlight also has a sequel, Torchlight II, which isn’t yet available from the Epic Games Store. You can, however, find it on Steam or GOG.

And again, don’t forget that next Thursday will bring with it a free copy of Limbo, a dreamy and dark puzzle-platformer by Playdead first released back in 2011. According to the Destructoid review by Jim Sterling from 2010, “Limbo is as close to perfect at what it does as a game can get.” That’s probably the most solid endorsement a game could get from one of the more notable figures in gaming journalism. So make sure you don’t miss it next week when it goes free on the Epic Games Store.

Have you tried Torchlight before? Are you going to play it for the first time with this free copy? What do you think of it? Drop your comments below, and let us know what your experience is like!

Disintegration, Halo co-creator’s next project, will be shown at Gamescom