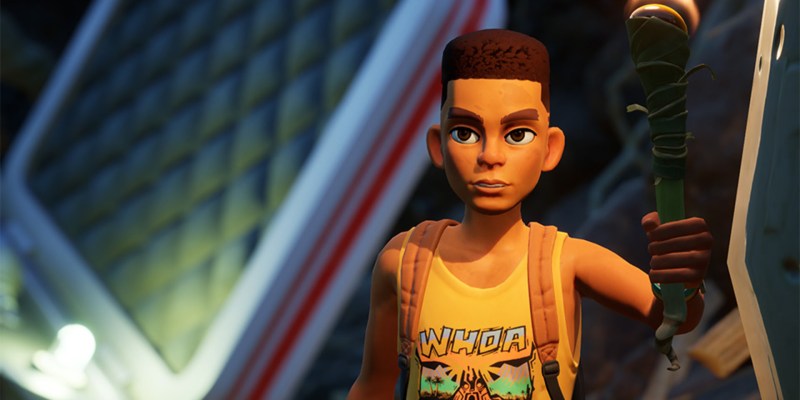 Grounded initially released as an Early Access title in July 2020. It’s a survival game in which players are shrunken to the size of insects and must do their best to survive in a dangerous backyard. It’s a game that no one expected to come from developer Obsidian Entertainment, but after two years Grounded has finally reached its full release. To mark the occasion, the developer has provided a detailed post about all the new updates players can expect to enjoy with Grounded 1.0.

Right off the bat, Obsidian eases players’ minds by letting them know that most items like recipes, bases, and unlocks will carry forward into the new version. Players will begin at the new starting location and their Milk Molar points will be refunded. Unfortunately, story quests will reset.

Grounded’s full release update naturally includes the game’s complete story with voice acting. The mysteries behind how players turned into bug-sized people will unfold over old and new explorable areas. One of the new areas is the Eastern Upper Yard, which comes complete with a new tunnel system and bugs. There will also be new secret labs to discover and three new Super MIX.Rs in the upper yard.

Beyond the major additions of new areas, enemies, and story content, a host of quality-of-life improvements came to the game. Trinkets have been added to Grounded, which players can equip to achieve some unique bonus effects. They can be used in the new accessory slot, which was previously the glider slot. Players can now also Hot Deposit in all storage containers. An inventory management system also makes it so items in player inventories will return to their previous slots when added back to the backpack.

To check out the full list of Grounded updates, including changes to the armor and weapon upgrade system, check out the Steam post by Obsidian.

Overwatch 2 VP is ‘interested in exploring’ collaborations with outside brands

By Chirag Pattni11 hours ago
News