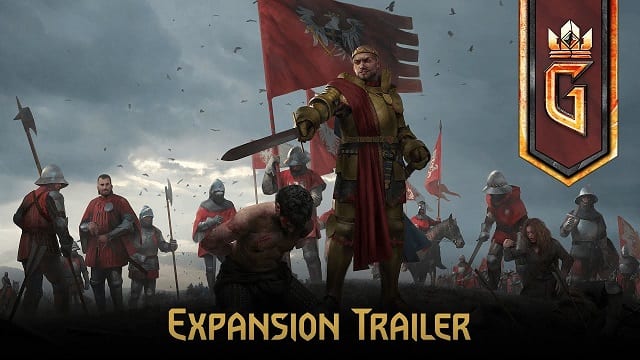 Gwent: The Witcher Card Game came out of a two-year beta period in October last year. Since then, this unique card game has gone through dozens of patches and optimizations. This year we’ve also seen the release of two major expansions, Crimson Curse and Novigrad. This weekend, CD Projekt RED announced a new major expansion called Iron Judgment. The main attraction of this expansion is that it brings back Redania to the Northern Realms, and along with it comes big kahuna Radovid V, the bane of sorceresses. You can see some highlights in the expansion trailer below.

Iron Judgment also brings back Armor as a game mechanic, which was quite popular during the beta period. The final release in October last year introduced the Shield mechanic, which functions similarly, but not quite. However, Shield is a toggle that only defends your unit from any damage once; after that, it’s gone. Armor, on the other hand, is a value that clashes against the attack value, allowing your unit to retain Armor if the attack value is lower than the Armor value. It was a rather problematic mechanic during the beta, allowing for a few exploits, which is probably why it was removed at first.

The resurgence of this mechanic in a new expansion, especially one that brings back Redania’s armored knights, might have some issues. The Novigrad expansion also had some issues with the Profit mechanic, which led to some complaints from the fan community. Still, Gwent has come a long way, refining and perfecting its mechanics in the process. CD Projekt Red will no doubt continue to provide thorough optimization of the game and its mechanics in the long term. Gwent is a very different game from the minigame of The Witcher 3, however. The complexity of its mechanics is much more substantial now.

Gwent: Iron Judgment will release on Oct 2 for PC, PlayStation 4, and Xbox One.

By Otto Kratky17 mins ago
News