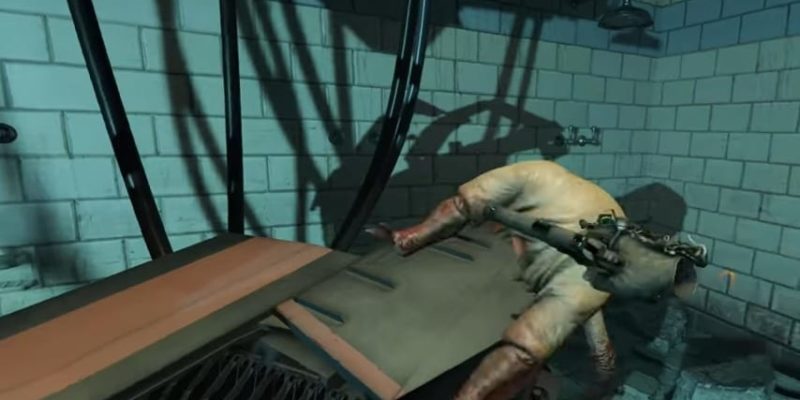 Ever wanted to let loose your inner child and prod a dead Headcrab? Me neither, but you can do it in Half-Life: Alyx. Valve released three gameplay videos that show off the graphics, gameplay, and physics of the first Half-Life game in over a decade. Each video focuses on a different setting and shows off a few different enemies that Alyx will have to contend with throughout her journey.

VR Headcrabs? Uh, no thank you.

The first video shows Alyx taking on some Headcrabs and Zombies in a subway station. It’s satisfying to see such a remarkable Valve physics system in VR. If you target an explosive weak point on a zombified enemy, then the explosion sends the Headcrab flying. You can also scrounge through containers and bookshelves for important components to solve physics puzzles. One could argue that Half-Life 2 approached immersive sim levels at times, but Half-Life: Alyx looks like it will take it to an entirely new level.

It also gives us an idea of how tense and frightening the game could be. In the end, Alyx has to solve some simple physics puzzles to move through a subway train, all while being attacked by Zombies and Headcrabs. It’s reminiscent of the harrowing hotel scene in Call of Cthulhu: Dark Corners of the Earth, but this time it’s in VR.

The second video appears to be set in an infested part of City 17. Alyx is making her way through an abandoned building. One fun physics puzzle requires her to toss a grenade over a locked door to blast away debris on the other side that prevents her from progressing. Also, there’s a barnacle. Being grabbed by one of those in VR will surely be a… different experience. It might even make some players a bit queasy. But then, that probably is how you’d feel if you were being pulled into a grotesque alien maw.

In a tense firefight scene in the third video, Alyx hops from cover to cover, even pulling open a car door at one point to protect herself from a Combine soldier. Be on the lookout for supplies while you play Half-Life: Alyx. It seems as if magazines are commonly hidden around cover or other obstacles. Also, check inside of toilets. The third video ends with what is possibly the greatest perk of a VR Half-Life game: grabbing a grenade from mid-air and tossing it back at those Combine litterbugs.

Half-Life: Alyx releases on March 23. You can pre-order it on Steam for 10% off.