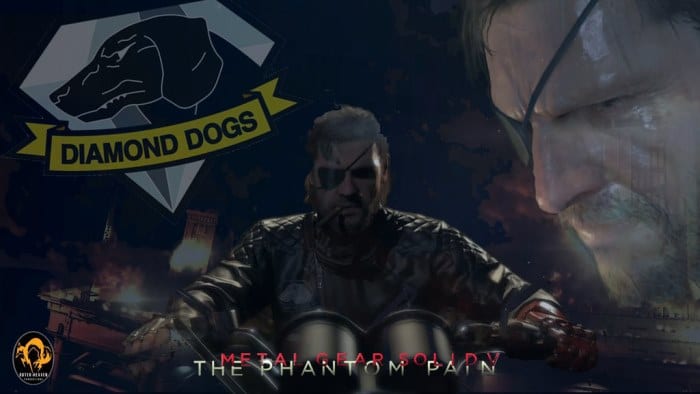 Naked Snake AKA Big Boss is one of the most complex characters in the Metal Gear universe which is saying quite a lot. He was first introduced as a villain in the 1987 game Metal Gear and was again the villain in the 1990 game Metal Gear 2: Solid Snake. There was more to the character than met the eye however and his origins were the focus of the 2004 game Metal Gear Solid 3: Snake Eater. We learned that Big Boss is actually a hero who has saved the world numerous times and simply wants soldiers to be able to choose what they fight for rather than being pawns of their governments.

To achieve this goal Big Boss does commit some questionable acts and you can understand how from some perspectives he is a tragic villain. In the more recent Metal Gear Solid games we’ve only seen Big Boss as a hero who is mentally and physically scarred by the events of Snake Eater. We still don’t know how he went from a hero and a patriot and turned into a mercenary. It seems these questions are going to be answered in the upcoming Metal Gear Solid V: The Phantom Pain, which will show Snake’s transformation into Big Boss.

Whilst speaking to some French press, series creator Hideo Kojima stated that Snake will experience ‘serious psychological damage’. Kojima explained that the reason Ground Zeroes and The Phantom Pain are so dark is because Kojima wanted to effectively depict the transition Snake makes from hero to villain.

Kojima has also stated that he considers Snake’s transformation to be similar to the character Walter White in the recent hit TV show Breaking Bad. Snake is a character who does bad things but you can understand his motivation. You will see different sides of Snake that includes the good and bad.

It looks like The Phantom Pain is going to be a dark game that depicts the downfall of Snake. Interestingly, Kojima mused that perhaps if Solid Snake had been in Snake’s position he might have made the right choice.

TPG CEO answers more questions on Totem VR. Says “We would have never gone with Facebook”

Microsoft is working on a 360 emulator for the Xbox One

By Laura Shortridge-Scott20 mins ago
News