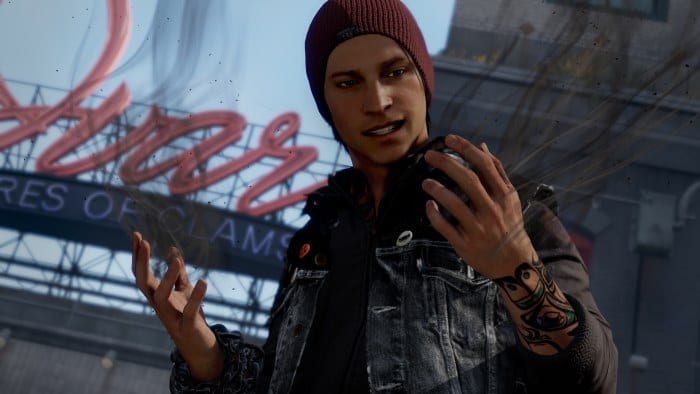 Last week inFAMOUS: Second Son was released exclusively on the PS4 and so far it has had great reviews. Ever since its debut on the PS3 back in 2009, the franchise has become a household name amongst gamers, as has its developer Sucker Punch.

Whilst speaking to OPM, Second Son director Nate Fox said he felt no shame in Sucker Punch being mainly known for inFAMOUS saying: “That’s a good curse to be saddled with. inFamous is a really broad concept – an everyday person gets powers and decides if they want to use them for good or evil. That could be anybody of any age, any gender, any time, any country. It’s as wide open as superhero fiction.”

When asked about Second Son in particular he said: “This is Delsin’s story, it’s in a new city with new powers. His journey is the point. Cole’s story was those other games. In the future there could be other inFAMOUS games about completely different characters.”

When asked if Sucker Punch would take an approach to sequels in a similar way to Ubisoft with Assassin’s Creed, Fox replied: “Yeah, that’s a great example. Those games have that feeling. Spiritually, like Bioshock to Bioshock Infinite, there’s not really a lot of overlap in those games but you can tell they’re the same.”