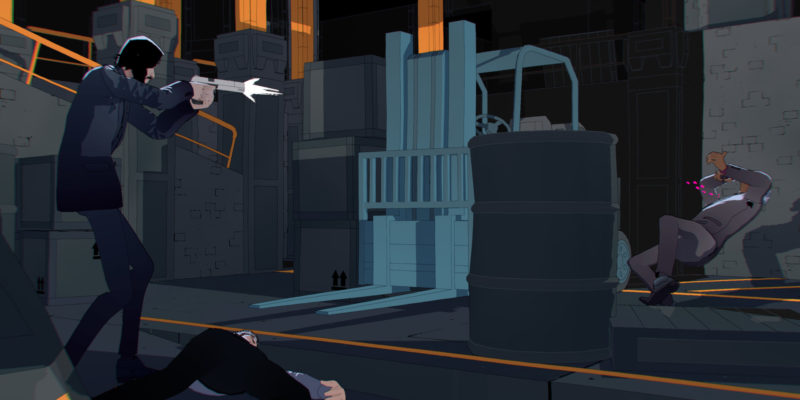 Mike Bithell (Thomas Was Alone, The Solitaire Conspiracy), announced today on Twitter that one of his recent games, John Wick Hex, is coming to Steam. The originally launched last year exclusively on the Epic Games Store. As we’ve seen from other developers, Bithell is wasting no time moving his game to Steam. John Wick Hex is set to launch on Steam, Xbox One, and Switch on December 4.

Told you we weren't done, and we still aren't, this is a weird week… John Wick Hex is coming to Switch, Xbox, Steam.. and.. like.. actual boxes and such. https://t.co/OnkNrRXeSP

The December 4 launch is also bringing physical versions of the game for Switch, PS4, and Xbox One (though, sadly, not a big box PC copy). You can wishlist the game on Steam now. There isn’t pricing information yet, but it’s safe to assume the Steam version will follow the Epic Games Store at $19.99.

If you skipped on the Epic Games Store release, John Wick Hex is a tactical action game where you play as the Baba Yaga himself. Encounters don’t happen in real-time, but they’re not turn-based, either. Instead, each of your actions takes a set amount of time, similar to Transistor. As you complete levels, you can spend the money you earn to upgrade weapons and purchase new skills. You better put your money to good use, too. You can’t carry any cash over to new stages in John Wick Hex.

The titular character is the focus on John Wick Hex, but the game tells its own story. It’s a prequel to the film franchise, following John Wick as he embarks on a desperate rescue mission.

Although John Wick Hex is more of a tactics game than anything, it doesn’t lose its action roots. You can’t really approach encounters stealthily, for example. In our review, we found John Wick Hex an incredibly compelling, though unfortunately short-lived experience. PC Invasion’s Steven Wong wrote, “Although I felt the challenge became a little too high too fast for my liking on “normal” difficulty, I still feel that John Wick Hex is a highly compelling game.”

Baldur’s Gate 3: Beginner’s guide and basic tips for your journey