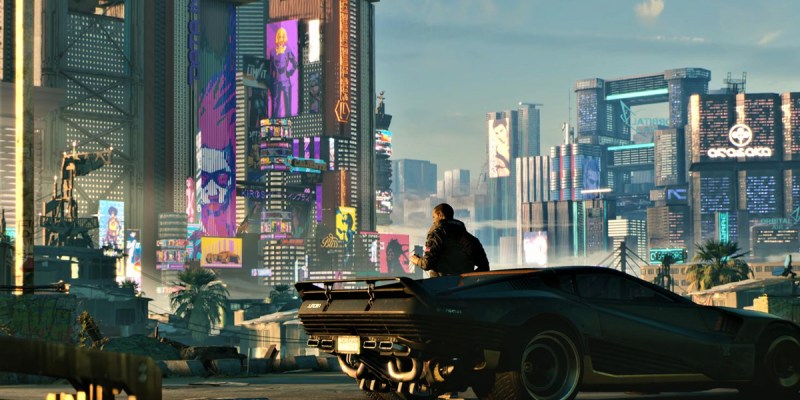 The latest Cyberpunk 2077 patch is here and brings with it plenty of bug fixes, as well as umbrellas. Patch 1.61 brings plenty of additions both big and small that should help to make Cyberpunk 2077 even smoother. But the fact that the game is still receiving such large updates to fix problems nearly two years after launch isn’t brilliant. And there’s likely still plenty of work to do from this point on.

Players can expect to see a bunch of little problems in Cyberpunk 2077 resolved with this update. This ranges from small bugs like objects floating off the ground, to larger issues with various quests that impeded progress. Most of the fixes may be small, but with how buggy the game can still be even now it’s nice to see the bugs squashed. Additionally, NPCs in Cyberpunk 2077 will now carry around umbrellas as they walk around the city. Obviously, this is a small addition, but should help to make certain rainy scenes feel more immersive.

There are a handful of PC-specific additions in patch 1.61, as well. First off, temporary framerate drops when leaving menus should stop now. Then there was a problem with the GOG Store version where the load menu would get stuck if the player didn’t have an internet connection. Epic Games Store achievements would also sometimes not be granted to players. But both of these issues should now be resolved, too. Finally, there was a pretty big bug where upgrading an item to a higher tier could crash the game. Thankfully, this has been dealt with now, too.

CD Project RED has been hard at work fixing the remaining problems in Cyberpunk 2077. And the developer’s efforts have been noted and appreciated by the community. But there’s still plenty of work ahead to further improve the game and make it more stable. Of course, fans of the game don’t just have small updates and bug fixes to look forward to. Phantom Liberty, Cyberpunk 2077‘s upcoming expansion is on its way in 2023. Plus CD Project RED is working on a sequel to the game that should hopefully learn plenty of valuable lessons from the studio’s first attempt. The franchise clearly has a lot in store in the future, but for now, we can all look at the fancy new umbrellas added to Cyberpunk 2077.