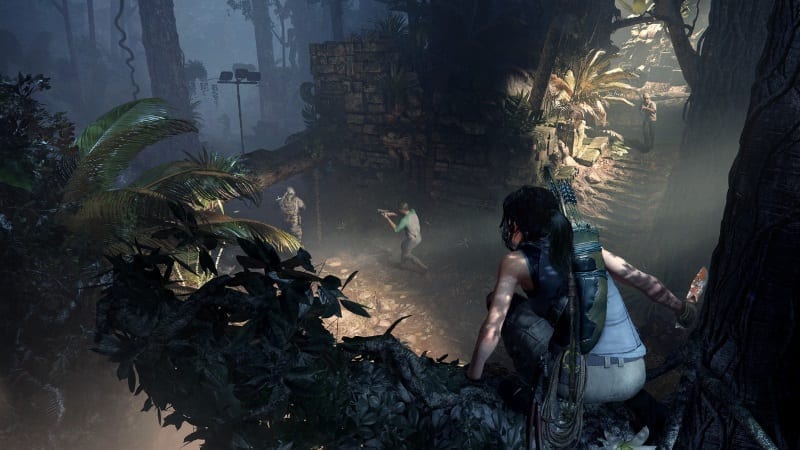 As we inch closer to the release date for Shadow of the Tomb Raider, we’re finally getting more meaty details about the game. The latest video series from Square Enix and Eidos Montreal delivers a feast for the eyes with new looks at the game’s environment, combat, and exploration. If you’ve been itching for more details about Shadow of the Tomb Raider, it’s a good time to dive into the four new trailers.

Return of the sweaty palms!

It looks like we are going to be on edge during tense moments of exploration. One thing that I’ve continued to enjoy about the franchise are the moments where reactions and timing are everything. It looks like Shadow of the Tomb Raider is going to bring even more of that. As noted previously, you can now turn off the guidance indicators as to what your next leap or path will be.

You’re probably lying if you’ve never hummed the lyrics to “A Whole New World” from the animated movie, Aladdin. Whatever your case of denial may be, the one thing you can’t deny is that there is indeed a new world in for Lara to explore. We recently learned that the hidden city of Paititi is much more than just a portion of the game—it IS the game. There are local markets to bargain in, not to mention quests and challenge tombs surrounding the central hub.

This take on Lara’s world is much different than the previous levels in the Tomb Raider reboots. The game is much more of an open-world experience rather than simply going from level-to-level.

Death where there is life

Dodging death seems to be at the core of the Tomb Raider games. You could head down a wrong tunnel and wind up meeting your maker head on thanks to a set of spikes. Or, you could find yourself miscalculating a jump and plummeting to your death. Tombs often present a set of puzzles and challenges with Shadow of the Tomb Raider being no different. I will say that the jungle environment allows for some unique locations and obstacles to overcome. The trailer shows off a similar sense of scale that has been present in the past two games in the franchise.

One of the biggest standouts for Lara’s abilities is her new stealth skillset. Lara can now hide in different types of foliage in order to go unseen. In the new combat trailer, she wipes herself down with mud to stay out of sight. It always seems like there is as much attention to combat as there are to exploration and puzzle solving. Her bow is as deadly as any one of her enemies’ guns, after all.

Shadow of the Tomb Raider releases for PC on September 14, 2018.

The cast of Dragon Quest XI shines in new trailer

By Daniel Pinheiro4 hours ago
Industry