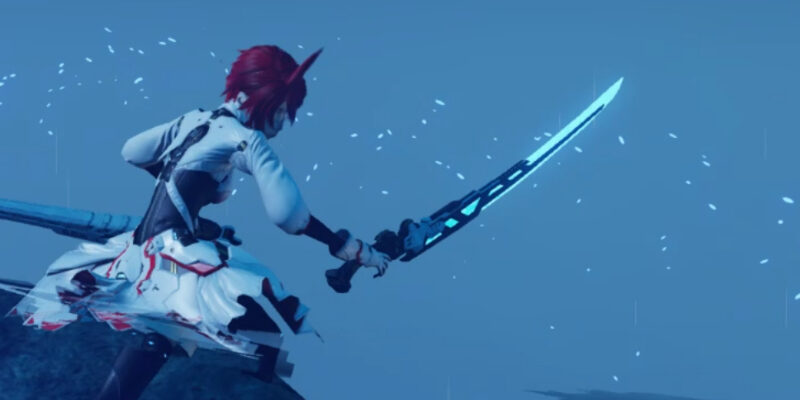 Sega has introduced a new seventh class into Phantasy Star Online 2 New Genesis. With each class having its own unique playstyle, it’s important to understand how these interact with one another so that you can become the best player possible. This guide focuses on the game’s bow-wielding ninja. In PSO2 New Genesis, this role is filled by the Braver class.

If you’ve ever wanted to become a badass ninja-samurai hybrid, you’re in luck. The katana is a highly mobile melee weapon that fulfills that fantasy. It is a short-range sword that can output several rapid-fire attacks every second. Its strength lies in its ability to output constant DPS thanks to this barrage of fast attacks. 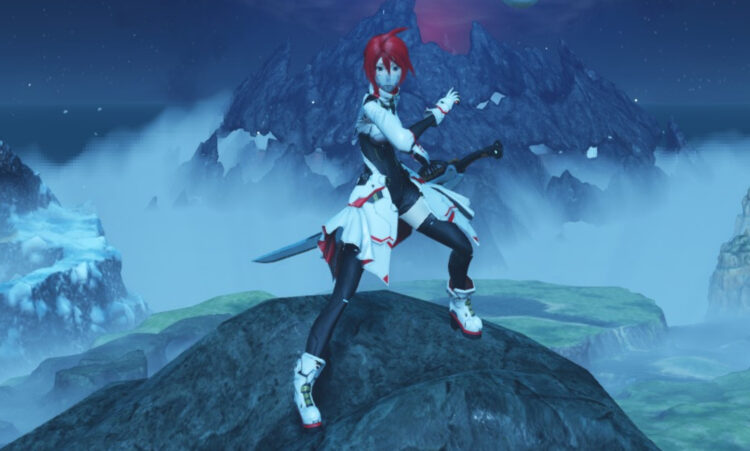 Its weapon action is Guard. Similar to the sword, the katana has a defensive weapon action that can convert a block into a parry. The Katana Guard Counter skill needs to be purchased to parry attacks while Katana Guard Counter Advanced increases the damage dealt from a successful parry. Blocking an attack does not require timing, as the weapon action can simply be held. However, parrying an attack is timing-based and has to be performed just as an enemy attack hits you.

The photon bow is the second weapon introduced alongside the Braver class in PSO2 New Genesis. It is a medium-range weapon that relies on its outstanding mobility to avoid attacks while outputting a fair amount of damage relative to its slower fire rate. The bow is best treated as complementary secondary to the katana rather than a standalone weapon. 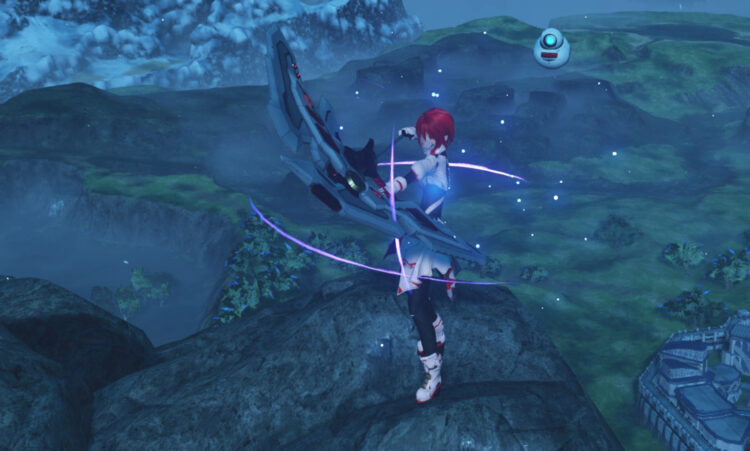 Its weapon action is Elusion. This provides a simple dodge that shifts your character laterally. Picking up the Bow Elusion Plus skill is a must to get the most out of Elusion. This skill makes it so that if Elusion is used after a Weapon Action you can dash sideways to disengage after dealing damage. The distance gained on a successful dodge is substantial making this one of the better weapon actions in New Genesis. Furthermore, it can be used as a long-distance parry if the Bow Elusion Counter skill is purchased.

The Braver’s signature Active Skill is Brave Combat. It reduces PP consumption by 80% and increases PP recovery by 150% for 30 seconds when active. You’ll have to wait two minutes between uses to activate Active Skill. This should be used as often as possible though. It effectively allows you to use as many Photon Arts as desired for its duration without running out of PP. 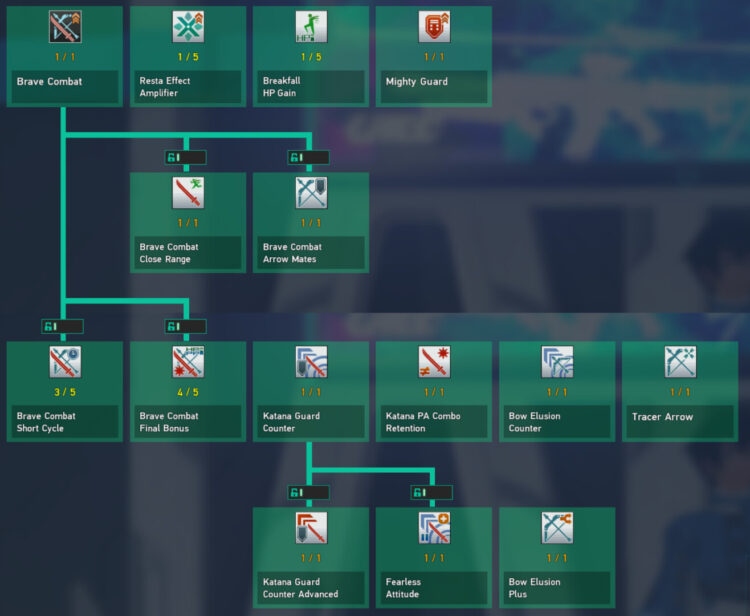 One remarkable skill available to Bravers is Fearless Attitude. This is an automated parry that triggers if an enemy attacks you from the front during a Photon Art. It deals great damage and allows you to be more aggressive without having to worry about getting caught out.

For bow users, Tracer Arrow is extremely important. It makes it so that the bow’s normal attack uses homing arrows rather than manually aimed arrows. Without this, it is tricky to focus on building PP, making your DPS rotations unnecessarily complicated. All other skills not named thus far are quality-of-life options that can be swapped out to suit your playstyle. Of the seven classes in PSO2 New Genesis, Braver is one of the more flexible ones, so feel free to experiment around and figure out what works best for you.

To reach respectable DPS numbers, four different Photon Arts should be used. For the katana, these are Iris Gale and Lotus Lightning. Iris Gale is a fast-slashing Photon Art that can be chained by using it multiple times in succession. It hits hard and fast and is a good choice against mobile targets. This is the attack primarily used by the Bujin boss.

Similar to Iris Gale, Lotus Lightning is another Photon Art that outputs several attacks in quick succession. However, while Iris Gale has decent area of effect coverage, Lotus Lightning is strictly a single-target attack. It is the katana’s hardest-hitting Photon Art, making it an excellent choice to spam when Brave Combat is active. This is the go-to ability for boss encounters once in range of your target. Although not overly useful in most situations, a third Photon Art in Silverleaf Storm can be used to quickly clear PSE Bursts and farm regular mobs. 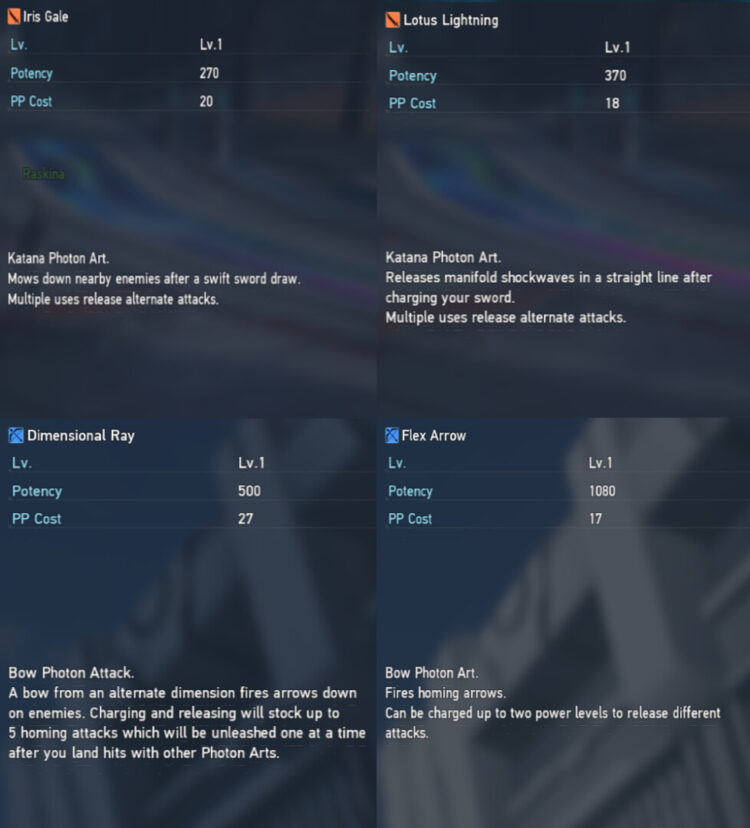 As for the bow, you’ll want to begin every engagement by setting up a Dimensional Ray. This Photon Art acts as a turret, similar to the Talis’ weapon action. It deals passive damage over time in the background while you focus on using other attacks. These automated attacks are all homing so they cannot miss.

Follow up Dimensional Ray by using Flex Arrow. This is the most reliable Photon Art available to the bow for most single-target encounters. It is worth charging up to deal a more powerful attack if in a position to do so safely. Be sure to mix in Elusions in between Photon Arts in order to stay on the move and make it harder for enemies to hit you. This can take some practice, but is very satisfying once mastered.

Most Braver players in PSO2 New Genesis will likely favor the katana over the bow. Although useful in some situations, the bow’s raw DPS is a little lacking. If it’s purely range damage you want, the Ranger class along with a good rifle/launcher multi-weapon will often perform better. Even so, having a bow at hand is still useful for scenarios where getting too close to an enemy may be dangerous.

Disappointingly, the katana has limited options to close the gap on enemies. None of its Photon Arts are useful for this. The only exception is that normal attacks gain a lunge of sorts while Brave Combat is active. Outside of this, you’ll have to rely on a multi-weapon to be able to engage properly. Given that most katana users are likely already optimized for melee damage, the wired lance could be a good fit for this since it has access to Vane Mixture. The sword is also a decent alternative thanks to the Twisting Zapper Photon Art. 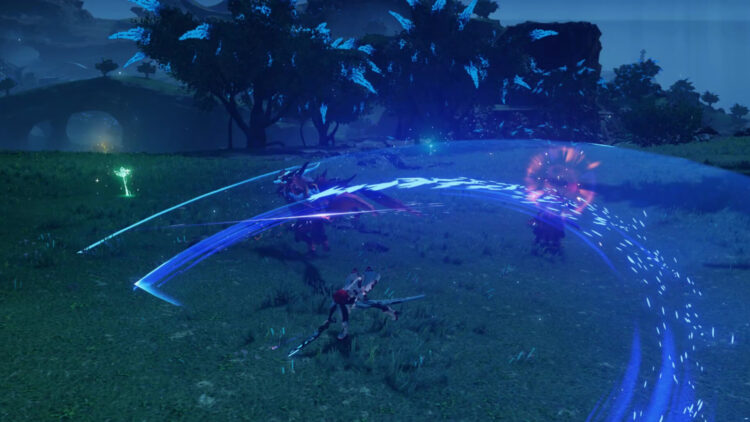 If dodging is impossible, using the Guard weapon action is fine. However, users should be aware that its damage output isn’t all that great. The counters for most other weapons outperform this, making a standard dodge the better play. Dashing out of the way and then using an offensive Photon Art will provide the best overall DPS.

Positioning is important when playing the Braver class. To make the most out of Fearless Attitude, it’s important that the enemy you are attacking is directly in front of you. This skill will not trigger against any enemy attacks from your flanks. Given how strong Fearless Attitude is, it can be worth switching between lock-on and manual aim to make sure that you are facing the right direction at all times.