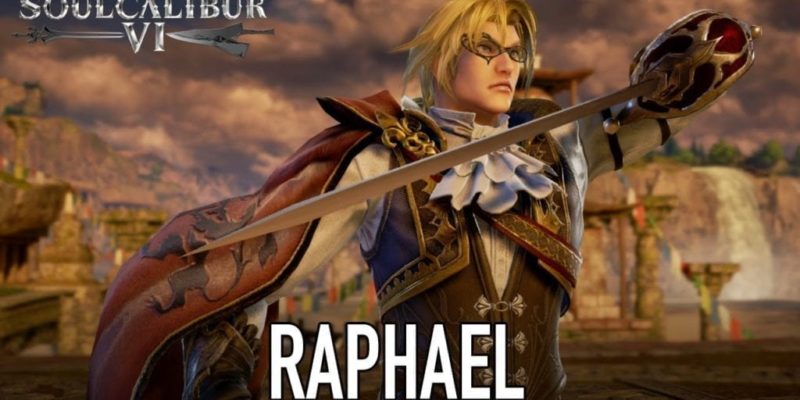 Raphael is heading to Soulcalibur VI. Surprise! Or, not really. This announcement by Bandai Namco just about wraps up the final confirmation following the Melbourne leak earlier in the month. Today we can officially say that Raphael has joined the star-studded cast.

Raphael is not a new face for Soulcalibur veterans. Along with Tira, he was introduced in 2005’s Soulcalibur III, where he quickly rose to fame in the professional gaming circuit.

As a fencer, his trademark weapon is the rapier, which he uses to stab and slash at his opponents. Fast and agile, Raphael uses pokes and jabs to whittle away life bars, while deftly moving out of the way of counter attacks.

Late to the party

“After abandoning his noble family name and losing his home and purpose, Raphael perfected his sword skills by engaging in many battles,” says the video excerpt. “Will you help him on his quest to seek Soul Edge? ”

Such a question is hard to answer, as Raphael isn’t the only one seeking the infamous blade. Including himself, he joins a cast of 21 warriors, all of whom seek the Soul Edge for their own respective reasons. Some wish to wield its deadly power, others want to rid the world of it forever. It’s an old story; one of souls and swords, eternally retold.

Soulcalibur VI is the latest in the fighting game franchise. It’s been on hiatus for more than six years. Watching some of the recent videos, it’s clear the aging game doesn’t seem to have lost a single step. The gameplay itself is reminiscent of both the original two Soulcalibur games, with some additions not seen in those classic releases. This includes both the Reversal Edge and the Critical Edge attack. The latter of these is an explosive and cinematic special move that tanks an opponent’s health bar.

Needless to say, we’re excited to finally play Soulcalibur VI. The game makes its way onto PC via digital-only release on October 19. For more on the game, check out its official page.