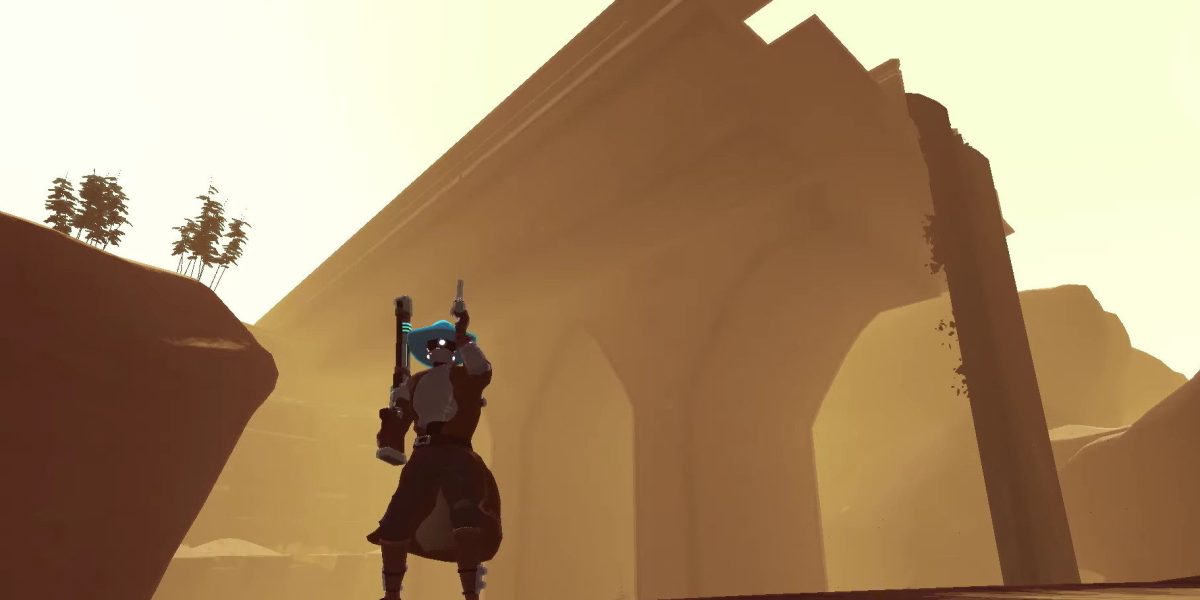 Last year was huge for roguelike titles. We had the releases of Hades, Spelunky 2, Rogue Legacy 2, and many others. But by far the most chaotic roguelike to come out (officially) last year was Risk of Rain 2. The game is centered around creating the most broken build possible so you can spend hours on the same run. A good player will know when to call it quits in Risk of Rain 2, but a great player sees the end and says “we must go further.” Soon, there are going to be even more chances for insane runs in the game. An anniversary update is coming for Risk of Rain 2, and it grows the game in nearly every way.

To start off, today’s major update adds the Bandit to the game. While the patch notes don’t list the Bandit’s abilities, a video released by the game’s publisher Gearbox shows him in action. He appears to be a gunslinger, although he also has a short melee attack. Today’s anniversary update for Risk of Rain 2 also includes the addition of a morgue and account stats. These will let players look through their past runs and track other stats, like their favorite character or items.

And speaking of items, today’s update for Risk of Rain 2 adds five new ones. There are two new lunar items, the hooks of heresy and the essence of heresy, and three new boss items. They are the empathy cores, charged perforator, and planula. And surprise surprise, there’s also a new boss coming to the game. The patch notes only list this new boss as the Grandparent, it doesn’t reveal where players will be able to find them.

Today’s anniversary update for Risk of Rain 2 is also going to change the game, and it seems like it’ll be for the better. I say that because some of these changes were requested by fans themselves, such as a redo of the game’s final stage. It has been redone entirely, and players can look forward to new objectives in the area and well as a large, new arena.

Almost every character in the game has also been buffed or nerfed in some way. The same has been done to a long list of items. You can find the full list of changes here because there are simply too many to fit into this article.

Finally, a ton of quality of life changes are coming to Risk of Rain 2. There is now an option to disable screen distortion, which has caused some players motion sickness in the past. The game is also receiving multiple graphics updates so some entities should stand out more. These updates apply to almost every common entity or item in the game, including drones, turrets, chests, barrels, items, and missiles. Once again, you can find a full list of these changes in the game’s patch notes.

While this update is huge and will pack Risk of Rain 2 with a ton of new content, even more is on the way. The game has its first major expansion coming late into 2021.

Creature in the Well is free today on the Epic Games Store, with Tales of the Neon Sea next week

By Sam Robins45 mins ago
News