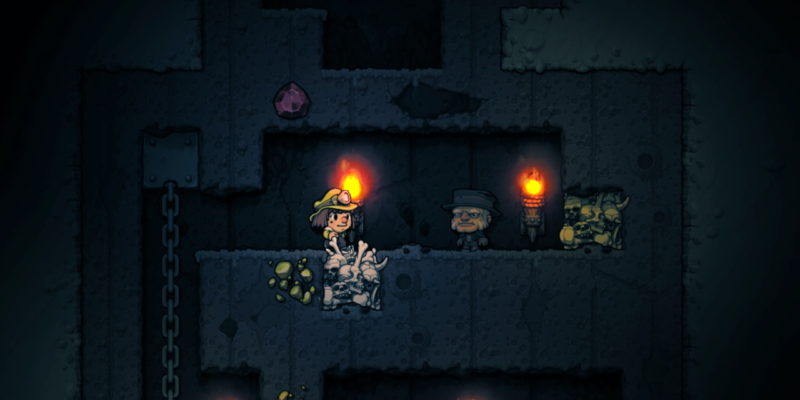 Spelunky 2 is filled to the brim with hard-to-get, secret items. One of these is the Alien Compass, a mysterious device that can be used to find the Mothership. However, actually getting your hands on it is going to require a lot of work. Some good fortune probably wouldn’t hurt either.

What is the Alien Compass?

As previously mentioned, the Alien Compass is a secret item in Spelunky 2. It’s only known purpose currently is that it points the player in the direction of the Mothership. The Mothership is a secret level in Spelunky 2 that spawns at the very bottom of the Ice Caves.

Once obtained, it acts very similarly to that of a regular compass. You’ll have an arrow on your screen showing you where the entrance to the Mothership is. You will also most likely require a jetpack to reach the entrance without dying. A detailed guide on finding the Mothership is in the works but something tells me that doing this alone will have you plenty busy.

The first step to acquiring the Alien Compass is to get your hand on the Golden Key. This can be found in either World 1-2 or 1-3. Once obtained, you need to take it to a chest that should be located on the same level you found the key. Just search around for a nearby cave entrance and you should come across it easily enough.

After opening the chest you will obtain the Udjat Eye. With the eye in hand, continue on until you reach World 2-1. Look around for a locked entrance on this floor. You need to find a key to open this entrance. Similarly to the Golden Key that you used earlier, this key will also be in a cave on the same floor. 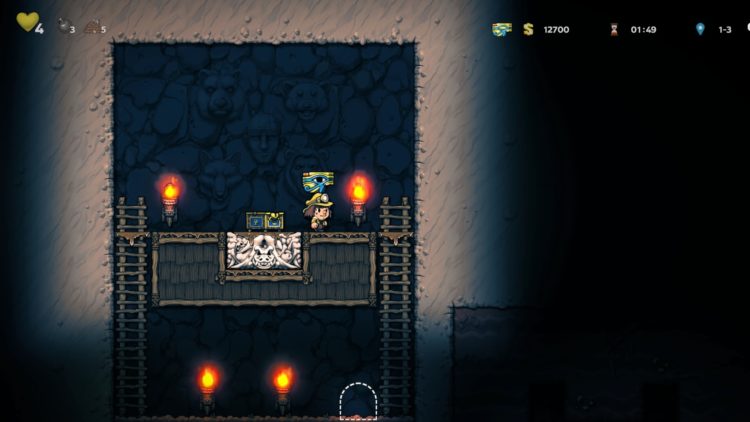 Although we’ll just be using it to activate the lava drill, the Udjat Eye provides many useful passive perks. Most notably, it grants the power to see hidden gems and items found in walls.

Once you’ve obtained the key head over to the locked entrance, unlock it, and you’ll find Van Horsling inside. Be sure to not attack him as he won’t help you if you do. Also, be wary of the three-minute timer that triggers the one-hit KO ghost to spawn while completing this step. You’re now one step closer to having your hands on that sweet Alien Compass.

Once you’ve saved Van Horsling you’ll need to activate the lava drill and find Vlad. Feel free to check out our detailed guide on how to do so. The general idea though is that you need to find the drill on either 2-2, 2-3, or 2-4, activate it, and then follow it down to the bottom. On either the bottom right or bottom left you should find the entrance to Vlad’s Castle.

Now that the initial setup is complete, you can work on actually obtaining the Alien Compass. Once you’re in Vlad’s Castle you need to make your way to the very top. Here you’ll see a statue with a crown on top. Normally, you’d be required to fight Vlad in a boss fight of sorts. But thankfully, good old Van Horsling has your back. 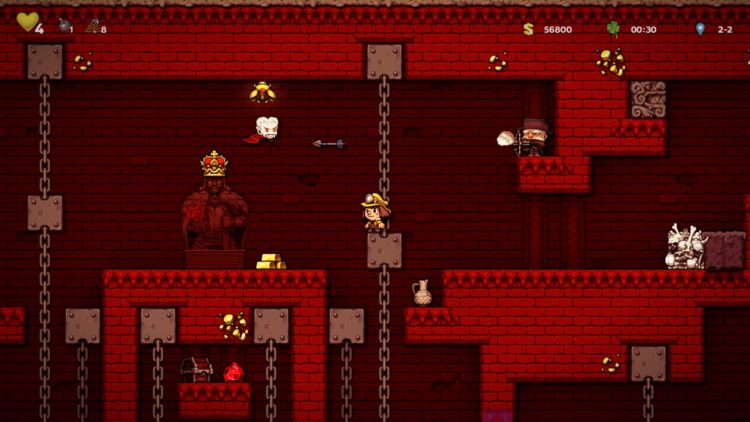 No teleporting for you today, Vlad.

Assuming you successfully rescued Van Horsling, he will immediately kill Vlad with his crossbow once you trigger the fight. At this point, feel free to pick up Vlad’s Cape which provides a number of nice mobility-related bonuses. As for the Crown, it can be used to unlock Excalibur, but it isn’t overly useful for obtaining the Alien Compass.

To the Temple, we go!

After defeating Vlad head back out of his castle and take the regular exit to Olmec’s Lair. You need to get down two levels in order to reach the Temple of Anubis’ entrance. You can either go head to head with Olmec or bypass the fight if you have a lot of bombs on hand. I’d say it will take around seven or eight bombs to get down both levels. 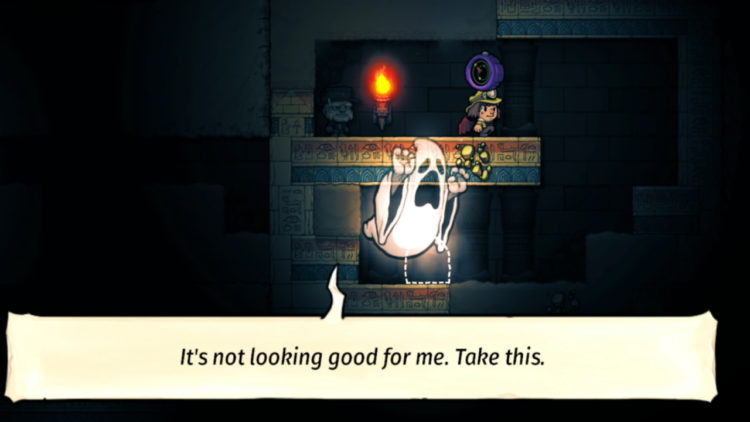 I’ll be honest, friend. It’s not looking good for me either.

Once you’re past Olmec, you should find yourself in the Temple, World 4-1. Hidden in a cave on this floor you’ll be able to find our old friend Van Horsling. He’ll seem panicked, and claims that things are “not looking good,” for him. Who cares about that though, because you’re now the lucky owner of the Alien Compass. Now, good luck finding the Mothership in the depths of the Ice Caves. You’ll need it.