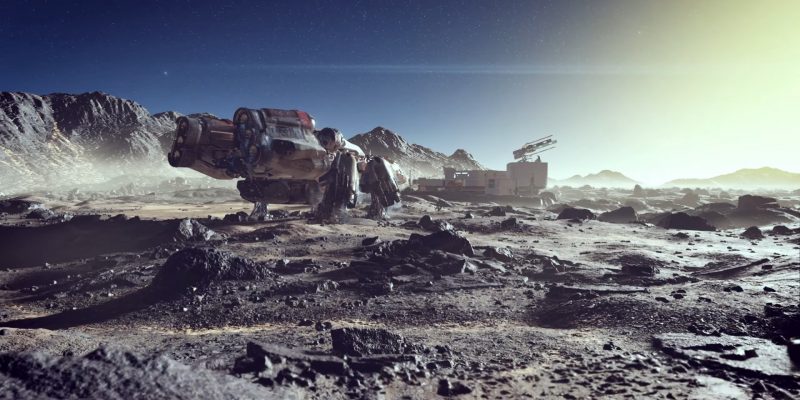 Bethesda has finally gave us a real look at its hotly anticipated space-faring RPG Starfield today. Well, let’s be honest, it was the Washington Post, which apparently leaked the trailer ahead of the Microsoft and Bethesda showcase. While the trailer shown during thedidn’t include much gameplay, we did learn some major information. Starfield already has a release date, and its set for November 11, 2022 — launching day one exclusively for PC and Xbox Game Pass.

The trailer sets up the story of Starfield. In the game, your character works under an interstellar group known as Constellation. Your mission? That’s not entirely clear. However, the trailer does hint that you’ve discovered something, alluding to a possible alien technology or some sort. “This is all we’ve been working towards,” a narrator says in the trailer. “We’ve come to the beginning of humanity’s final journey.”

In the trailer, the camera pans around a ship, the Frontier 1350, on an unknown world. In the distance we see a structure with what appears to be either a massive antenna or weapon on top. Walking nearby is a friendly mech that waves to the pilot. Naturally, we expect that players will be able to own and possibly customize their own ships. The Starfield trailer also suggests that there are mech suits, and we want to pilot one. Like, today if possible.

Starfield launches into orbit next year

Of course, the most important takeaway of the trailer happens to be the cheeky way Bethesda revealed the release date. Near the end, the ship’s console reveals when Starfield will launch: November 11 of next year. This confirms the recent rumors that it wasn’t going to come out in 2021. It’s fitting, seeing as Skyrim, the game Bethesda just can’t stop re-releasing, also launched that day in 2011.

Starfield is also heading to Xbox Game Pass when it launches. It’ll be a day one release exclusively for all Xbox platforms, including Microsoft’s cloud service. This is in no way a surprise, as Microsoft has said before that it wants all first-party games on Xbox Game Pass the day they release. Now that Bethesda is an Xbox studio, Starfield landing on the service immediately is a given.

We should hear more about Starfield in the coming months. Watch the skies for when that happens.